Explainer: Why Serena Williams wore KT Tape on her face at Wimbledon

No, it wasn’t a style statement. 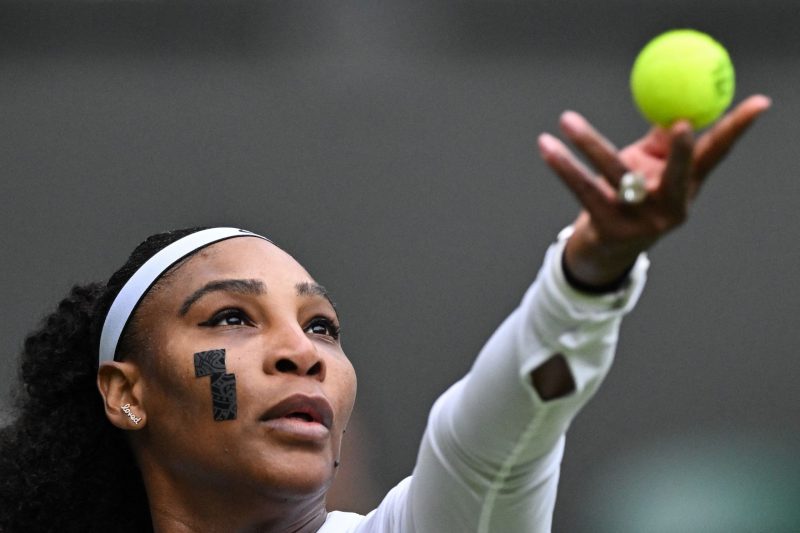 Tennis ace Serena Williams who played her first Grand Slam after a year, was seen sporting black ‘stickers’ on her face at Wimbledon yesterday. Though the athlete with the maximum Grand Slam titles of all time had an early exit in the game, people seem to be more interested in the black tape she wore on her cheek.

It seemed to pique everyone’s curiosity and they just couldn’t help but notice that something was unusual about her appearance. However, it turns out that the ‘stickers’ were not a choice of facial accessory but medicinal tape.

The kinesiology tape, or K-tape is known to help with muscle-healing and has been even sported by Tiger Woods and Cristiano Ronaldo to get relief from ‘pressure, congestion and pain.’ However, there’s no proof that it works.

It is reported that the 40-year-old wore the tape on her face to keep her sinuses clear and help her breathe properly.

According to the  NHS website, sinuses are the small empty spaces behind your cheekbones and forehead that connect to the inside of the nose. Sinusitis develops if they get infected.

“My secret’s out,” said Williams in an interview with Reuters. “I’m a sinus sufferer. Playing tennis or pretty much doing anything everyday is not easy when you have sinuses.

“You feel a lot of pressure, congestion and pain and training for grand slams such as … Wimbledon and the French Open, it’s not easy,” she added.

The tape is made from super-thin flexible material which is normally used to help muscles recover. It is also known to help increase range of motion in the joints, but there’s no evidence to back this claim. It has nevertheless become a popular piece of kit for athletes belonging to almost every sport to treat injuries.

Greg Venner, chief executive of the US-based KT Tape was asked about using the tape on the face after a number of skiers were seen wearing the tape on their cheeks at the Winter Olympics in Beijing to combat the cold winds.

He is quoted as saying, “KT Tape doesn’t endorse the use of kinesiology tape on the face as it isn’t clinically tested.

“And the adhesive that works so well to keep tape in place to provide long-lasting muscle and joint support can be a bit more difficult to remove from the delicate skin on the face.

“However, we certainly applaud the creativity.”

According to KT Tape’s website, and as stated in the Huffington post, the elastic tape is designed to provide “drug-free pain relief and flexible support to help keep you and your muscles active and recovering.”