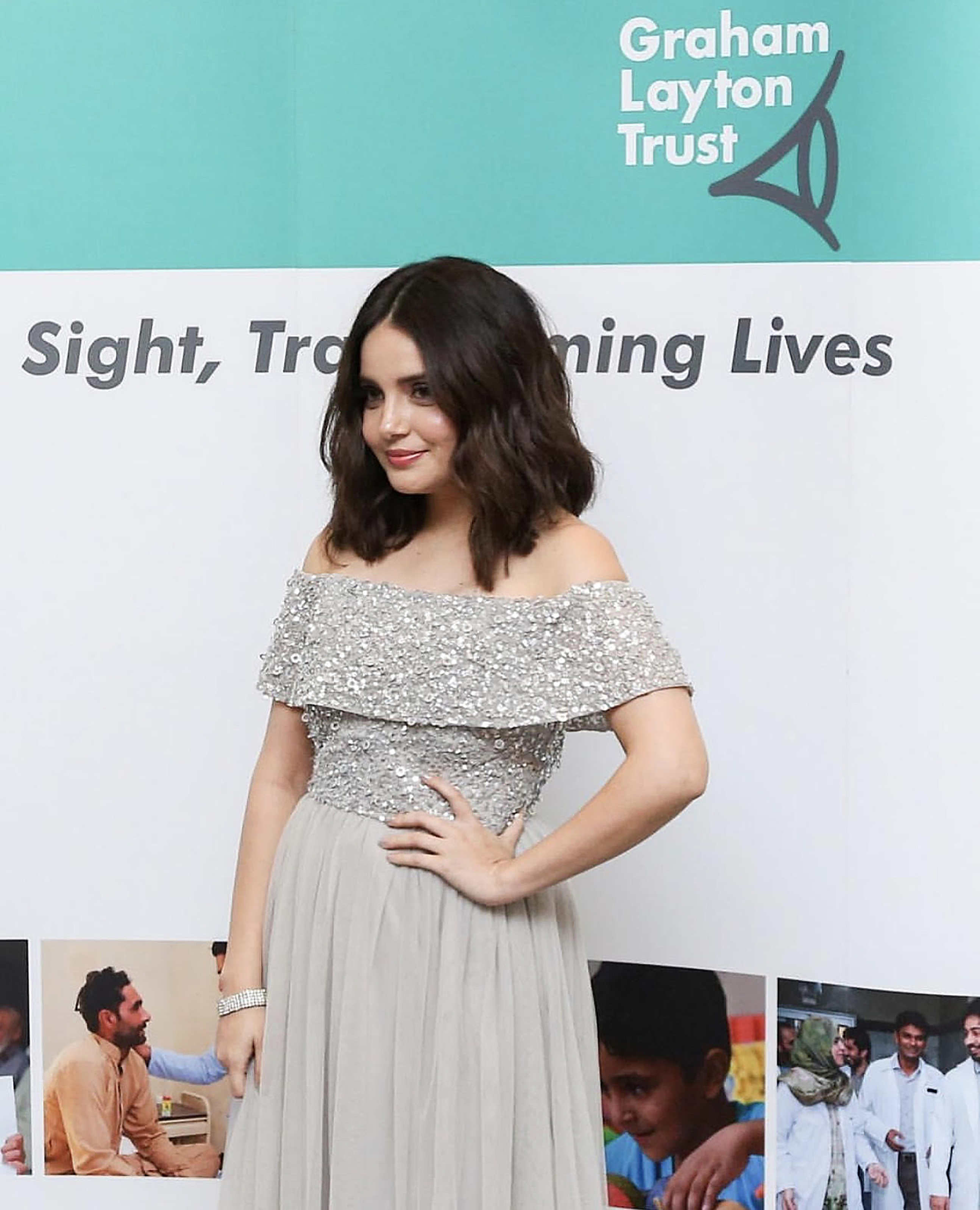 Armeena Khan, one of Pakistan’s most popular actresses, has been announced as an ambassador for the Graham Layton Trust (GLT)

AN AWARD-WINNING actress has revealed the challenges of juggling fame with her passion for humanitarian causes, as she was unveiled as the latest ambassador for a Pakistan-based charity last week.

Armeena Khan, one of Pakistan’s most popular actresses, was announced as an ambassador for the Graham Layton Trust (GLT), a charity that provides free treatment for curable blindness and visual impairment in Pakistan.

The star, best known for her roles in blockbusters Janaan and Yalghaar, spoke to Eastern Eye about her involvement with the charity, which is now in its 35th year.

“A member of my family has received a cornea transplant, so I know the challenges and difficulties of a person who suffers with visual impairment,” Khan explained.

“Here in the UK, we have the wonderful NHS to take care of that, but in Pakistan, we don’t, and this is why (support for GLT) needs to be encouraged.

“I feel every one of us brings something to this life and a chance should be afforded to everyone to live that life to its full potential.”

Khan was keen to use her voice and high profile platform to highlight social causes. “That is my way of contributing in whatever little way that I can because I feel that as individuals and influencers, the onus is on us to make sure that we lend a voice to legitimate outlets and trusts like GLT which are doing amazing work,” she said.

The Pakistani-Canadian actress, who cites US actress and humanitarian Angelina Jolie and international human rights lawyer Amal Clooney as her role models, has shown support for refugees who have fled war-stricken Syria. She also offers mentorship to young girls in Pakistan.

“I believe in giving back,” she said.

As well as her humanitarian work, Khan is arguably one of the most successful actresses in Pakistan.

However, she admitted she has struggled with the impact of fame. The demands of her job – “you’re on the go every day, getting up at 5am and finishing 24 hours later without a break” – has had a detrimental effect on her mental health and physical wellbeing, she said.

The intensity of attention and being in the public eye can also be daunting.

“I think it just detaches you from reality, which is dangerous,” she said. “I love acting, but I perhaps don’t like everything that comes with it. I love my fans and it is great to be recognised for my work, but I don’t believe in adoration or people putting us on pedestals.”

Currently based in Manchester with her fiancé Fasl (who she is marrying later this year), Khan said she was grateful to be able to come home after working in Pakistan.

“After a couple of projects, I need to go home and be a regular person again. I need to be Armeena,” she said. “It is so nice to come back and get a grip (on reality) because I don’t ever want to lose touch with that.”

Khan is a regular social media user and is known for being outspoken about several social issues, such as discrimination, women empowerment and animal abuse. Most recently, she has been vocal on the ongoing Kashmir dispute.

However, she has been targeted by trolls in the past, who have sent her offensive messages. A number of those comments have even been more personal, with some directed at her fiancé.

The negative reaction on social media has affected Khan, she revealed, although she has come to realise that her position in the public eye has made it inevitable.

“I realise that is part and parcel of being a public figure,” she said. “I understand if I have an opinion, someone else will have one, but as long as it isn’t hurtful, you are allowed to criticise me.”

Previously, Khan has worked on a couple of British short films. However, her career has mostly been centred in Pakistan. Would she ever consider pursuing a career in the UK entertainment industry?

“Definitely,” she said. Working in the UK would mean she could spend more time with Fasl, she said. She is also keen to start a family at some point in the future.

“I’ve always wanted to maintain a balance (between work and real life) because there is only so much acting you can do,” she said.

Ultimately, she wants to go behind the camera and tell the stories she’s passionate about, Khan said. Female empowerment, for instance, was something she would love to explore.

She added: “I would also love to encompass both cultures – the British-Asian culture and the south Asian one – and then let’s see what happens from there.”

Visit www.glt.org.uk/ for more on GLT