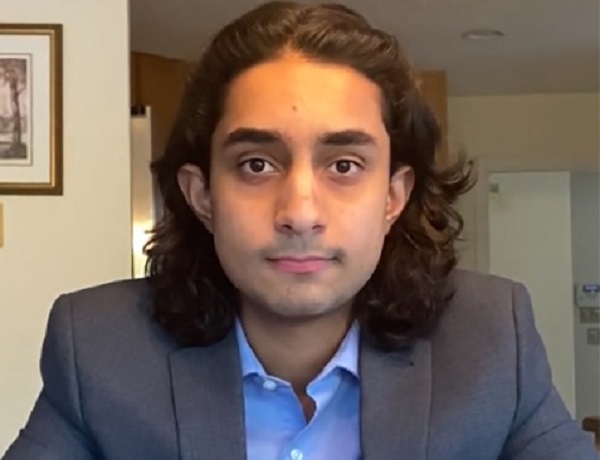 “HATE has no place in America,” said US president Joe Biden, while signing the Covid-19 Hate Crimes Act. Yet, hate has a long history in this New World, going back to the founding of America.

The recent spate of violence against Asian Americans has seen a significant uptick during the global pandemic.

The civil rights group, Stop AAPI Hate, has documented 6,603 hate incidents from March 2020 to March 2021; the numbers may be even higher.

Former president Donald Trump’s fre­quent use of terms such as “kung flu”, to describe the coronavirus, has been cor­related with an increase in anti-Asian sentiments. When Biden signed the Cov­id-19 Hate Crimes Act, introduced in March by Democratic Senator Mazie Hi­rono of Hawaii (one of only two Asian Americans in the US Senate – the second being Tammy Duckworth, Democrat from Illinois), the bill marked the first federal attempt to aid law enforcement’s prevention of and response to attacks against Asians during the US’s fallout from the Covid pandemic.

Members of the Congressional Asian Pacific American Caucus, as well as a noteworthy alum, former senator and now vicepresident Kamala Harris, watched as the president put pen to pa­per. Following a year where documented violence and hate crimes against Asian Americans increased by roughly one 150 per cent, the passage of such legislation was obligatory for elected leaders, indi­viduals who are responsible for “protect­ing” every citizen’s “life and liberty.”

Yet, 62 House Republicans voted against the final product, with original it­erations receiving even more Republican opposition. While this is not the first time Republicans have broken their promise to achieve bipartisanship or voted in con­trast with their constituencies, such be­haviour is a letdown for Asian Americans.

“My message to all of those who are hurting is: We see you and the Congress has said, we see you. And we are commit­ted to stop the hatred and the bias,” Biden said. “This violence – it did not come from nowhere, and none of it is new. In my life, my lived experience, I have seen how hate can pervade our communities,” said Harris, the first Asian American vice president.

“Here’s the truth: Racism exists in America. Xenophobia exists in America, antisemitism, Islamophobia, homopho­bia, transphobia — it all exists. And so, the work to address injustice wherever it exists remains the work ahead,” Harris said at the signing of the bill.

With the rise of prominent Asian Americans and the momentum of the Black Lives Movement (BLM), there is now a push back from a “nativist” move­ment in the country.

The FBI has found that violence moti­vated by white nationalism is a serious threat to America’s national security and safety – more the threat of terrorism.

Also, the January 6 insurrection and the claims from Trump that the election was somehow stolen or rigged encapsu­late how movements of hatred can threaten democracy. “The US election was worse than a third world election,” Trump said recently, wrongly claiming to be a rightful winner at a Republican GOP rally in North Carolina.

In the recent issue of the Daedalus, a publication of the American Academy of Arts and Science, Douglas Masey claims in an article titled “The Bipartisan Ori­gins of White Nationalism” that the GOP cultivated white people’s fears and re­sentment towards African Americans in the 1960s and that it has now broadened to target Hispanics.

“Until 2016, this cultivation relied on a dog whistle poli­tics of racially coded symbolic language, but with the elec­tion of Don­ald Trump as president , white nation­alist senti­ments be­came explicit and white nationalism emerged as an ideological pillar of the Republican Party,” the article says.

Zoltan Hajnal, writing in the same is­sue of Daedalus, claims that Trump’s al­leged anti-immigrant campaign may have surprised some people, but it was predicated on “a long-standing Republi­can strategy that has targeted immigrants and minorities for over five decades.”

Interestingly, Michael Hout and Chris­topher Maggio suggest that Americans’ views of immigration and race are more positive than the current politi­cal discourse might show. While the Republican views of race and im­migration have remained un­changed or fixed over the past two decades, Democrats’ views have become more accepting and positive.

Christopher Sebastian Parker argues in Daedalus that the rise of right-wing nationalistic groups in many Western de­mocracies reflects an inherent fear of “status threat” among conserva­tive groups, which – along with racism and nation­alism – may explain the recent upsurge of right-wing political actors.

In her article, “Asian Americans, Af­firmative Action & the Rise in Anti-Asian Hate,” Jennifer Lee argues in Daedalus that since the outbreak of the coronavi­rus, dubbed by Trump as “China virus” and thus holding China responsible for his election loss, attacks against Asian- Americans have increased.

“Trump’s racist and xenophobic “Chi­na virus” rhetoric reanimated a century-old trope that Asians are vectors of filth and disease, exposing not only the pre­cariousness of their status but also the country’s nativist fault line.”

Lee further points out that for most Americans their idea of Asian-American is East Asian: nearly four in five Ameri­cans (80 per cent) consider Chinese, Jap­anese, and Koreans as Asian or Asian Americans. By contrast, only 46 per cent and 37 per cent claim the same of Indians and Pakistanis, respectively.

Though a small demographic segment (two per cent of the US population), south Asians are not a monolithic group. At the same time, however, recent elec­tion data suggests that south Asians are following larger Asian American voting trends, which lean overwhelmingly in fa­vor of Democrats.

As Tanika Raychaudhuri’s recent work at Princeton University describes, Asian Americans are increasingly voting for Dem­ocrats at virtually every level of govern­ment. This strong preference for Democrats is evident even though many Asian Ameri­cans are of high socioeconomic status, im­migrated from countries with communist or authoritarian histories, or identify as Evangelical Christians – traits that typically correlate with Republican support.

More generally, she advances a new “theory of social transmission,” grounded in peer influence. Her theory predicts that in the absence of strong parental po­litical socialisation, Asian Americans de­velop partisan preferences through the diffusion of political views from peers in local contexts.

Raychaudhuri’s account is motivated by the fact that standard theories of famil­ial socialisation do not explain partisan acquisition among immigrants and their children, who rarely discuss American politics at home. In other words, most south Asians and Asian Americans at large identify themselves as liberal and are united with their fellow sisters and brothers of colour against racial hatred.