What India can do to help itself during the coronavirus crisis 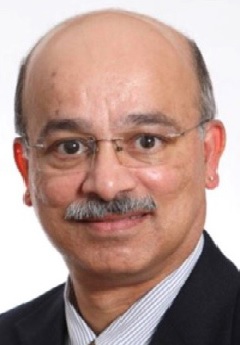 I HAVE been phoning my parents in Mum­bai three times a day, every day, for weeks. I just need to hear their voices and to find out how they are.

My father is 94, my mother is 81 and they are locked in their enclave, too afraid to leave the house even for groceries. As Covid ravishes my country, I feel helpless and all I can do is monitor their health from my home in Blackpool.

My brother – a professor of innovation at Manipal University who lives 800 km from our parents – is in constant contact with them too, but he, on the ground, can see how severe the situation is becoming.

India is a resilient country with people willing to give to others, but it is struggling now as this second wave hits. There was some complacency early on following the first wave – from the population and politi­cians alike – that it had somehow come through the worst.

Emergency temporary hospitals had been standing empty so began to be dis­mantled. People stopped wearing masks, they started attended heavily-populated religious festivals like the Kumbh Mela. They decided against taking the vaccine because they were suspicious of the gov­ernment’s motives. Because of these deci­sions, when the second wave struck, India is now in a situation where public hospitals are over-run and supplies are depleted.

As a doctor, I know how important it is for people to feel reassured. The vaccina­tion programme is so crucial, and I im­plore the Indian government to make sure it is medical professionals who are spread­ing the correct messages on TV, radio and on the streets. Hire famous actors and ce­lebrities to tell the common man why vac­cination is the only way out of the pandemic and that it’s safe to take. Finally, make it easier for people to have the vaccine. At my brother’s university, they brought the vaccine to the students and it wouldn’t be too hard to do the same in other districts. Asking elderly people to queue for three hours is a deterrent and we need to make it as easy as possible to protect our people.

A two-tier system has been evident in India for generations. If you have money, you can have anything you want. But for the 80 per cent of the population who live below the poverty line, in a country with no social security, having anything at all can be a struggle. Asking people like the person who delivers the milk to my par­ents to self-isolate is foolish. If he can’t deliver milk, he can’t earn money, he can’t feed his cattle and he can’t provide for his family. Asking rich people to leave their private hospital beds is impossible. They don’t want to go back out into the streets and be at risk of catching Covid, so they pay more to stay, ultimately blocking beds for people who need them more.

India has industries which could pivot to provide oxygen, but it needs some tech­nical help from abroad to establish these. It desperately needs portable oxygen con­centrators that could be used in any setting for patients who are struggling to breathe, but these will need to be flown in from elsewhere. Use existing rolling stock as temporary hospitals and think laterally to ensure medical provisions arrive at the right time. India was a net exporter of vac­cines to the world, but with a blockade of raw material supply for the vaccine and the sudden increased local demand, has cre­ated a relative shortage at home. Now that the US ban has been lifted, we can at least start to manufacture to full capacity again.

The stress we are feeling in the UK about our families at home is immense. It weighs heavy on our minds day and night. We want to care for our parents in their old age, but we are not able to physically do that right now and there is no one in India looking after them. It is heartening to see aid arriving in the form of oxygen concen­trators and medical supplies, but I would suggest that the Indian government looks closer to home. Encourage the vaccina­tion, explore the possibility of delivery at the point of need, and expand innovative ways to treat the sick.

Now is not the time for the government to hesitate – our parents, siblings and friends are too precious for complacency.