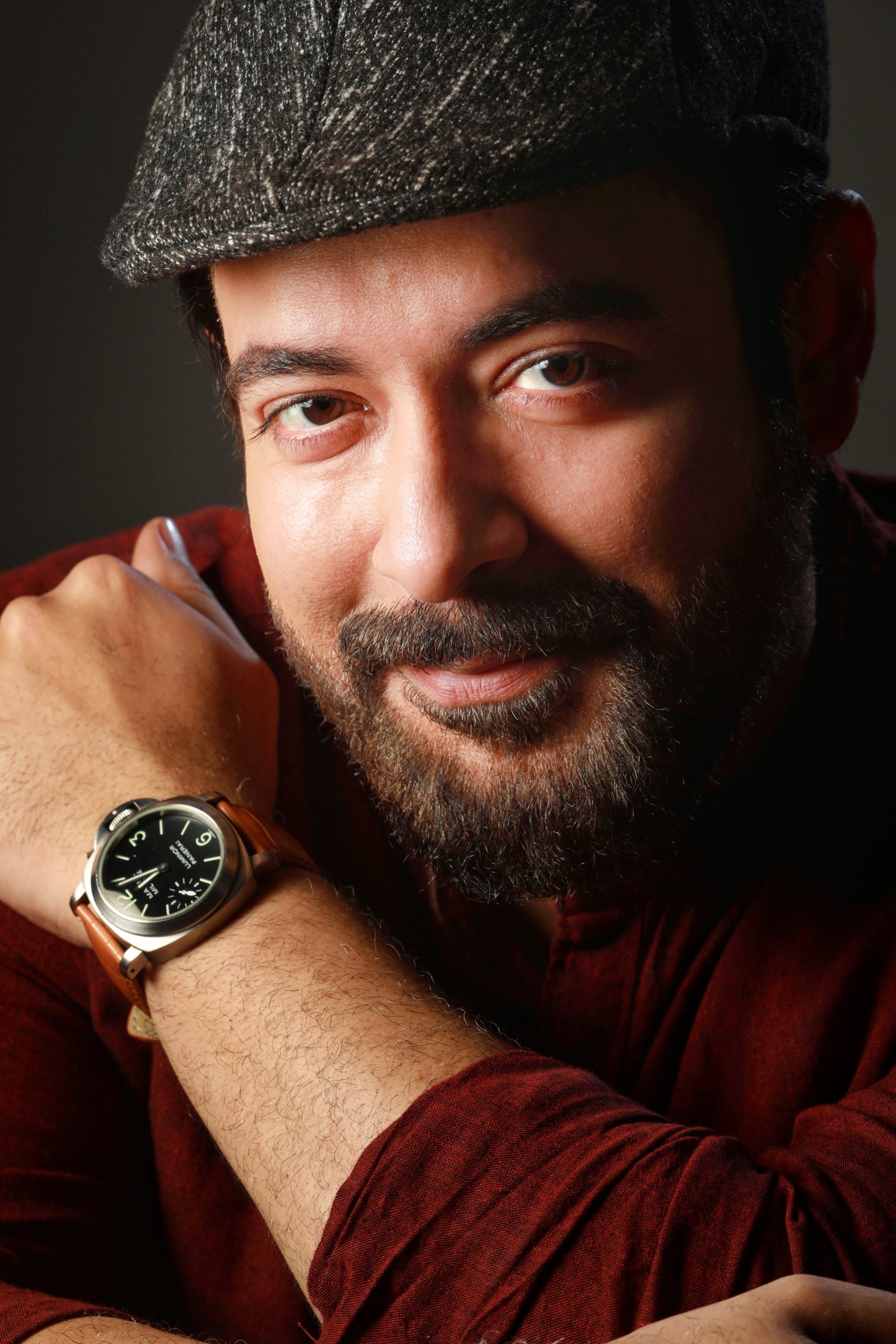 APART from being entertaining, the one thing newly released web serials Special Ops 1.5: The Himmat Story on Hotstar and Netflix original Aranyak have in common is the presence of Vivek Madaan.

The big-budget dramas add to impressive roles the talented actor has already done and with more major projects on the way, such as high-profile film Runway 34, audiences will be seeing more of the versatile performer.

Eastern Eye caught up with Vivek to discuss acting, his current crop of projects, starring opposite Raveena Tandon and forthcoming film.

What first connected you to acting?
I have always been mesmerised by the visual arts and like to believe that I’m essentially a deeply creative person. A chance audition for a big ad film with (acclaimed director) Rakeysh Omprakash Mehra and serendipity pushed me on this path. Many opportunities materialised in succession thereafter and I realised I had an innate ability to do this adeptly.

What was the experience like working in Special Ops 1.5?
This is one of the most expensive OTT shows in India with a massive fan base worldwide. You have to see for yourself to actually witness the magnitude and overwhelming scale of the production of this high-octane espionage thriller. But as an actor on set, you have to ignore the grandeur and mounting of this mammoth production, and focus on the task assigned within the realm of your characterisation.

Tell us about your character in Aranyak?
It’s a key character and in stark contrast to what you may have seen of me in Special Ops 1.5. While Sankalp Choudhary was this international wheeler dealer with panache, in Aranyak, it’s a complete turnaround and at the opposite end of the spectrum, where I’m playing an ordinary small town, unkempt hillbilly. A male chauvinist, who is resentful of his wife. Raveena plays a well-respected cop and wears the pants in the house too.

Tell us more about him?
He is terribly disenchanted by the fact that becoming a police officer was a career path charted out for him by his father, played by Ashutosh Rana, but he has not lived up to his expectations, and lives a rather mundane existence. To see his wife in a position of authority and earning the respect of his father and the townsfolk further fuels his contempt towards her.

What was it like working with Raveena?
Obviously, one is a little wary of being paired opposite such a big star and the excess baggage that comes with the stature, and you are naturally a bit apprehensive about how things would be as working professionals. But hats off to Raveena, she was very endearing in nature. It was so reassuring to see she has the most affable demeanour and inherent charms, which immediately puts any person at ease. I was so moonstruck by her luminous beauty.

What about the dynamic of playing conflicted characters?
We had a really strained equation as characters in the storyline. So, it was very trying for me as an actor to constantly be rude and dismissive of this woman, who is such a sweetheart as a person otherwise. But, that’s the challenge as an actor, and I just went with the flow organically.

What was it like working on forthcoming big-budget movie Runway 34 with Ajay Devgn, who is the director, producer and lead star?
Ajay (Devgn) sir is a true blue mega star and spared no expense in the home production of his directorial venture. He is like a loveable big brother. He has the commanding presence of a drill sergeant in the barracks but handles everything with a velvet glove. He works with absolute discipline and military precision as a director. He was multi-tasking as the leading man, producer, and director and made it all look so easy, and very cool.

Does your approach between film and drama serials change as an actor?
The work ethic remains the same, but every medium has its own unique set of challenges. To put it simply: ads are 100 metres sprint, movies/OTT a marathon run, and TV soaps are a decathlon race, so actors are fundamentally emotional athletes. Different kind of preparation is required for different races. TV is the bootcamp for testing your mettle as an actor. We shoot really long scenes with pages and pages of dialogues at a frenzied pace in organised chaos. It trains you to stretch your limits. It prepares and toughens you up as an actor.

What about film and the web space?
After having endured the grind of television work, everything then on films and OTT feels like a walk in the park. OTT and films are a director’s medium. You need to deliver the goods in a designed set of circumstances – ‘moment to moment’ – implementing upon the director’s vision. It’s your job as an actor to be adaptable to such changing environments.

What’s be your dream role?
Hannibal Lecter and Bill the Butcher.

What do you enjoy watching as an audience?
As a viewer, I love crime and legal dramas, suspense/ psychological thrillers, basically cerebrally engaging material. As an actor, I would love to be a part of all genres though. As an actor you want to stretch your limits and expand your creative horizons.

What is it that inspires you?
I am interested in visual aesthetics and capturing the moment skilfully when inspiration presents itself in different forms. And yes, a thinking actor always ‘can’ communicate and understand direction better, provided they aren’t struggling with their inner demons or mood swings. I strongly believe that actors must read voraciously to enrich their imaginative capabilities. All kinds of material. You need to keep your mind in good shape and endeavour towards empowering your intellectual arsenal. Books and now Kindle app on my iPad have been my dearest friends.