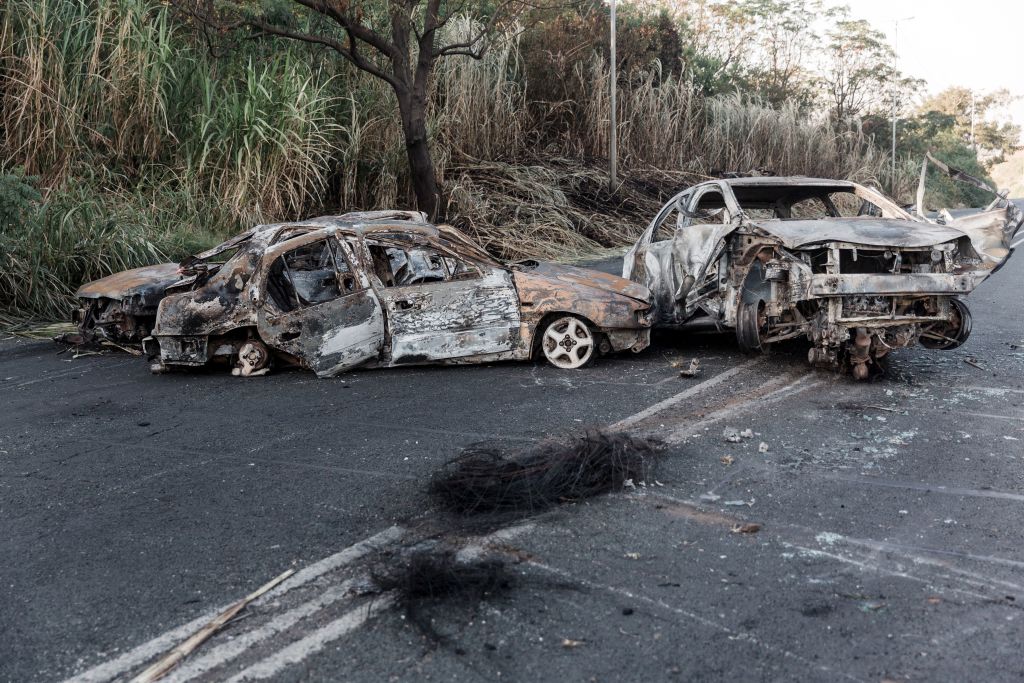 Charred remains of cars on a street in violence-ravaged South Africa. (Photo by RAJESH JANTILAL/AFP via Getty Images)

VIOLENCE that erupted in South Africa this month has claimed 330 lives, as per the latest update from the government.

Looting and rioting broke out in KwaZulu-Natal on July 9, the day after former president Jacob Zuma was jailed for contempt of court. The unrest later spread to Johannesburg, the economic capital.

AROUND 40,000 South African businesses were looted and burnt during riots, as per the government figure.

This has given another blow to the country’s economy which is already struggling with the coronavirus pandemic.

Total loss to the national economy is estimated at 50 billion rand (£2.5bn), as per government data.

On June 29, Zuma was sentenced for failing to appear at the corruption inquiry led by deputy chief justice Raymond Zondo in February.

President Cyril Ramaphosa has described the looting as an orchestrated attempt by Zuma’s supporters to destabilise the country.

Zuma’s brother, Michael, died aged 77 after a long illness, according to local media.