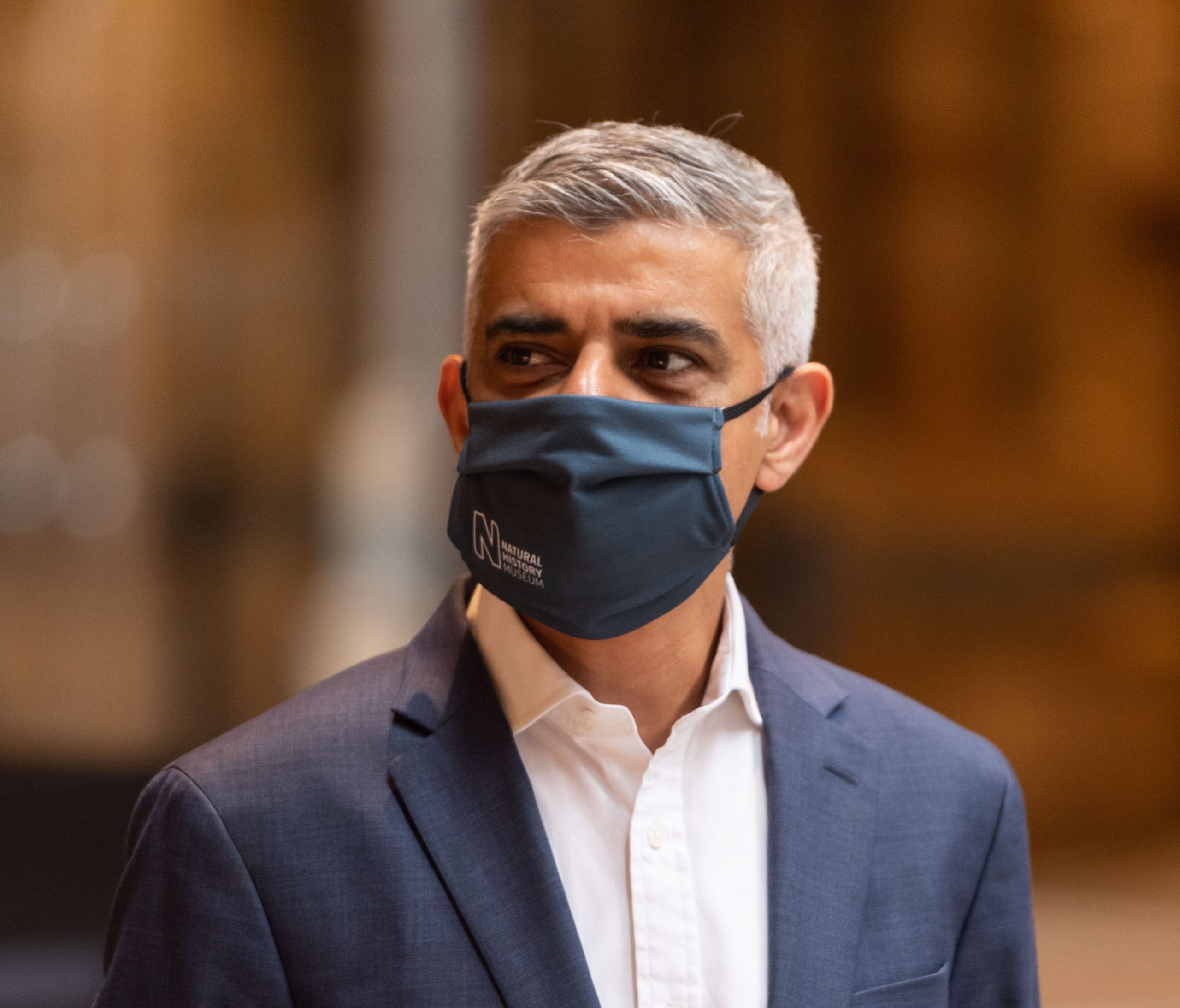 TOUGHER lockdown measures may be on the way for London as the Sadiq Khan issued a stark warning on Tuesday (6) about rapid spread of the coronavirus, with hospitalisations tripling in the last month.

The London mayor urged people to continue following norms and adhering anti-virus measures such as regular handwashing and use of face coverings as the UK reported 12,594 additional coronavirus infections.

“Coronavirus is spreading quickly & widely across London, with the number of people hospitalised for the disease tripling in the past month,” Khan said on Twitter.

“London is at a crucial stage in our fight against coronavirus. We cannot relax our attitudes to what is still an extreme threat to the health and safety of our city.”

The deadly virus was believed to be spreading in boroughs of the city which previously had low or medium rates. London had already been declared an area of Covid-19 concern since September 25, when there were just over 600 new cases a day.

That figure rose to 1,029 on October 1, with more recent data expected to show a far greater spike.

Khan said he had spoken to Health Secretary Matt Hancock alongside regional mayors from across England and warned that the Test and Trace system was “letting London and the country down”.

“The delay in reporting nearly 16,000 cases and the tracking of their close contacts is the latest debacle from the government’s disastrous Test and Trace system,” Khan said.

“London is at a very serious tipping point and, with cases rising, it’s essential that we have an accurate picture of the number of cases, and that their contacts are urgently told to self-isolate.”

The mayor also highlighted the lack of testing in London, noting that health authorities had no “a clear picture of who is carrying this awful disease”.

“Testing capacity was taken away from London last month and is currently below the England average of 150 people tested per 100,000 per day,” Khan told the Evening Standard.

“Given London’s size, population and complexity there is a strong argument for testing to be significantly above national levels to control the virus effectively.

“It beggars belief that six months into this crisis, the government still does not have a grip on one of the fundamental ways to control the spread.

“Any further failure to increase testing across the capital risks lives with winter approaching.”

The mayor as well as local council leaders across the city are said to be calling for tougher lockdown measures for the UK capital, with several areas already putting their own measures in place and urging people to avoid visits between different households.

On Monday, Public Health England (PHE) had admitted that a technical issue had meant 15,841 cases between 25 September and 2 October were left out of daily reports.

A problem with an Excel spreadsheet reaching its maximum size had been blamed.

The government said that about 60 per cent of the cases had since been contacted a second time, with efforts to trace their contacts going on alongside.

“The chief medical officer has analysed that our assessment of the disease and its impact has not substantially changed as a result of these data,” Hancock told Parliament.

However, the opposition parties have lashed out at the government for the error, which meant that the weekly analysis of the infection rate across the country shot up several fold.

Meanwhile, Scottish First Minister Nicola Sturgeon announced plans for tougher restrictions in Scotland from later this week, but confirmed that the region would not be placed into a full lockdown.

She did not rule out local travel restrictions being introduced, or the possible closure of pubs and restaurants, in areas with higher rates of the virus as 800 new cases of Covid-19 were confirmed in Scotland.

Many regions of the UK have been setting their own localised lockdown restrictions, with a broadly similar approach of clamping down on large gatherings and closure of leisure venues by 10pm.