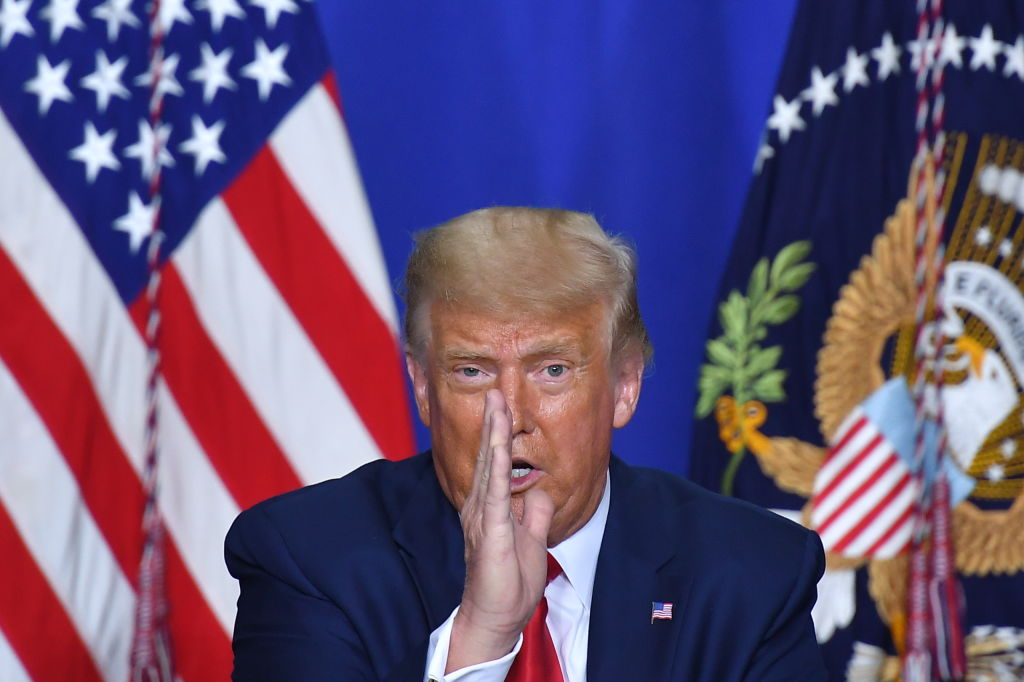 The US Centers for Disease Control and Prevention has asked states to sweep away red tape that could prevent a network of vaccine distribution centers being "fully operational by Nov. 1, 2020", sparking concerns that President Donald Trump was rushing to have a vaccine before the election. (Photo: MANDEL NGAN/AFP via Getty Images)

THE US has urged states to get ready for a potential Covid-19 vaccine rollout two days before the presidential election, it emerged Wednesday.

Across the world, governments are hoping to announce a vaccine as soon as possible to reopen economies shuttered to contain an illness that has killed more than 850,000 people and infected over 25 million.

In a widely circulated letter, the US Centers for Disease Control and Prevention asked states to sweep away red tape that could prevent a network of vaccine distribution centers being “fully operational by Nov. 1, 2020.”

That is two days before voters head to the polls in an election clouded by the virus and the economic crisis it provoked, sparking concerns that President Donald Trump’s administration was rushing to have a vaccine before November 3.

“The normal time required to obtain… permits presents a significant barrier to the success of this urgent public health program,” CDC head Robert Redfield told states in the August 27 letter.

“CDC urgently requests your assistance in expediting applications for these distribution facilities.”

Priority will be given to essential workers, national security officials, seniors and members of vulnerable racial and ethnic groups, according to The New York Times.

AstraZeneca is partnering with Oxford University in England while Moderna is collaborating with the US National Institutes of Health. Pfizer and BioNTech are partnering on the third candidate.

Under normal procedures, test administrators must wait — probably for months — to verify that vaccine candidates work and are safe.

The US Food and Drug Administration however has raised the possibility that a vaccine might be given emergency authorization before the end of trials.

The FDA has faced mounting criticism from the medical community that it is bowing to political pressure from Trump, who is behind Democratic challenger Joe Biden in the polls and has said one might be ready before the election.

“This means mass vaccination nationwide could start in 59 days. FIFTY-NINE DAYS. Is any #COVID19 #vaccine likely to have completed Phase 3 safety and efficacy clinical trials, and gone through full scientific and @US_FDA review in 59 days?” award-winning epidemiology writer Laurie Garrett asked on Twitter.

“To my knowledge, none of the US #COVID19 #vaccines have finished even enrolling test subjects for Phase 3 trials. Rushing this to completion within 59 days is DANGEROUS.”

FDA chief Stephen Hahn, however, has denied he is acting under pressure from Trump, arguing that any vaccine approval would be a “science, medicine, data decision”.

The US has registered more than six million Covid-19 cases — almost a quarter of the global total — and 185,000 deaths.