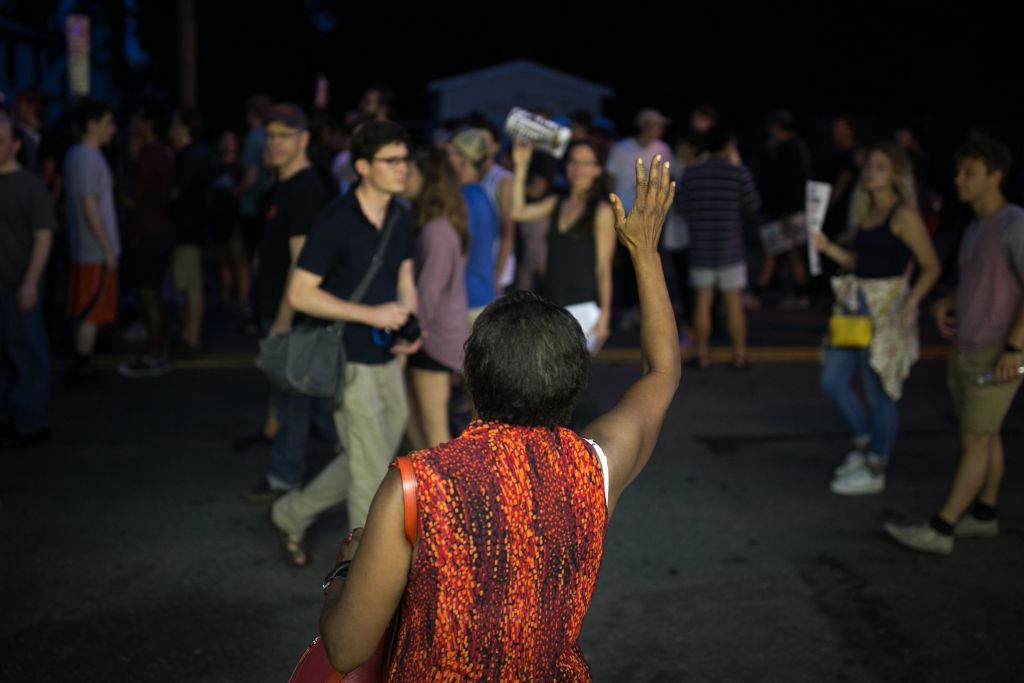 FILE PHOTO: A woman waves at demonstrators as they march down Grady Avenue near the University of Virginia campus one-year after the violent white nationalist rally that left one person dead and dozens injured, in Charlottesville, Virginia on August 11, 2018. (LOGAN CYRUS/AFP via Getty Images)

THE white population in the US has decreased for the first time in history with significant increases among multi-racial, Hispanic, and Asian people between 2010 and 2020, according to the latest census data.

The data released on Thursday (12) underlined that the US became “more racially and ethnically diverse” and more urban in the past decade.

The latest figures from the US Census Bureau also marks the start of what will be a fierce partisan battle over redistricting, as states use the local data to begin drawing congressional and state legislative districts for the next 10 years.

According to the data, the non-Hispanic white population, which remains the largest race or ethnic group, shrank by 8.6 per cent over the decade and now accounts for 57.8 per cent of the US population – the lowest share on record.

African Americans represent some 12.4 per cent of the population (41 million people), a percentage that remained stable over the past decade, the data revealed.

For the first time as a US state, California’s largest ethnic group is Hispanic, at 39.4 per cent of the population, according to the data. In Texas, another large state, the non-Hispanic white population stood at 39.7 per cent, just slightly larger than the Hispanic population at 39.3 per cent.

“While no data is perfect, we are confident that today’s redistricting results meet our high data quality standards,” said Ron Jarmin, the bureau’s acting director.

The figures also offered new details on the country’s slowing rate of population growth, which was the lowest of any 10-year period save the Great Depression in the 1930s.

More than half of all US counties lost population from 2010 to 2020, census officials said, and almost all growth occurred in metropolitan areas. As in recent decades, the South and West saw more growth than the Midwest and Northeast.

New York, Los Angeles, Chicago, Houston, and Phoenix are the five largest US cities; Phoenix, which grew faster than any other city in the top 10, pushed Philadelphia down to No. 6.

The fastest-growing cities across the US are in suburban areas, data showed. Buckeye, a suburb of Phoenix, saw its population increase by nearly 80 per cent to lead the nation.

The Villages, a retirement community in Florida, is the fastest-growing metro area in the country, the census said.

The data, which offers demographic and racial details of every community down to the block level, arrived months later than originally expected after the census took longer to complete due to the coronavirus pandemic. The delay has forced some states to go to court to postpone their redistricting deadlines.

States use the data to redraw district lines for the US House of Representatives after each decennial census, based on where people now reside.

In April, the bureau published state-level totals, showing that six states will gain congressional seats next year based on increased populations, as well as additional Electoral College votes starting with the 2024 presidential election. Another seven states will lose seats next year.

Electoral analysts have said Republicans, who control more statehouses than Democrats, could potentially erase the Democrats’ thin advantage in the House through redistricting alone.

Some experts have questioned whether the census data may have undercounted certain populations, given both the pandemic as well as the Trump administration’s unsuccessful effort to add a citizenship question to the survey. Civil rights groups had expressed concern that the failed attempt could nevertheless have dissuaded some immigrants from filling out census forms.