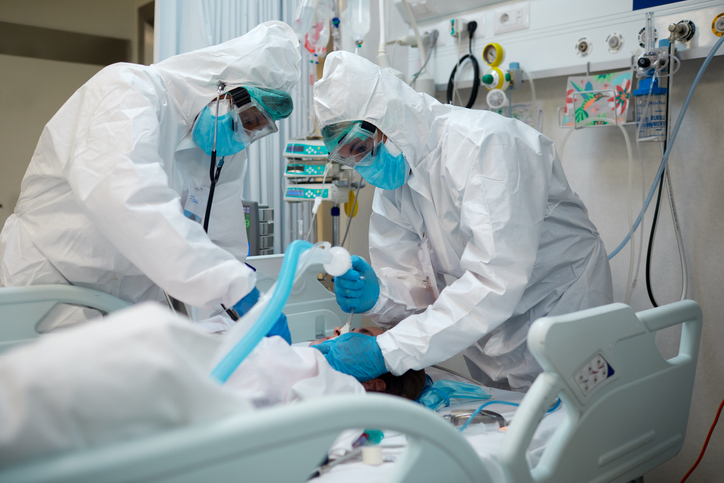 A healthy mum-of-two has revealed how she still feels haunted by her experience in Covid ICU ward after she spent 12 days fighting for her life alone in hospital. She is now urging Britons to get vaccinated when offered.

Sana Faheem Raja,  who lives in Prestwich, was in Covid ICU ward for 12 days due to complications arising out of Covid-19. She admittedly was not vaccinated at the time since she was told by her doctors that it would not work alongside medication she was taking.

The 27-year-old, who never had any other major disease or health condition, revealed that she constantly feared for her life and was worried that she would not make it out of hospital alive.

Days before, when she was shifted to hospital, her children had tested positive for coronavirus and were self-isolating at home. Her husband called emergency services on June 16 when he found her unable to move, eat or drink.

Emergency service personnel who arrived at her home told her that her oxygen level is not good, Raja said.

Three days after hospital admission, she was moved to the ICU ward in the middle of the night after she was struggling to breathe.

“I’m 27, I’ve never had any other health conditions but I was really worried that I wasn’t going to come out of there alive.

“I remember every single day [on that ward] and it was terrible, honestly.”

Raja disclosed how two people died in the same ward while she was there and she now feels “mentally and physically and emotionally drained out”.

“I saw two people die in ICU in front of me and it was terrible. It’s awful I just can’t sleep. You’re a curtain away,” she said.

The woman later regretted now getting vaccinated in time since she was told by her doctors that it wouldn’t work alongside medication she takes for Psoriasis – a skin condition.

“I wish I had the vaccine, I wish I let the Psoriasis carry on and just cope with that because I think the vaccine is more important. I still have a skin condition but I was going to die with Covid,” she said.

Raja’s children, who are eight and three, are now staying with her mum down south, near Southampton while she is recovering.