UK’s Tories vaunt diversity in race for next PM

There were eight candidates at the start of the party’s leadership race this month: half were women, and half were from ethnic minorities. 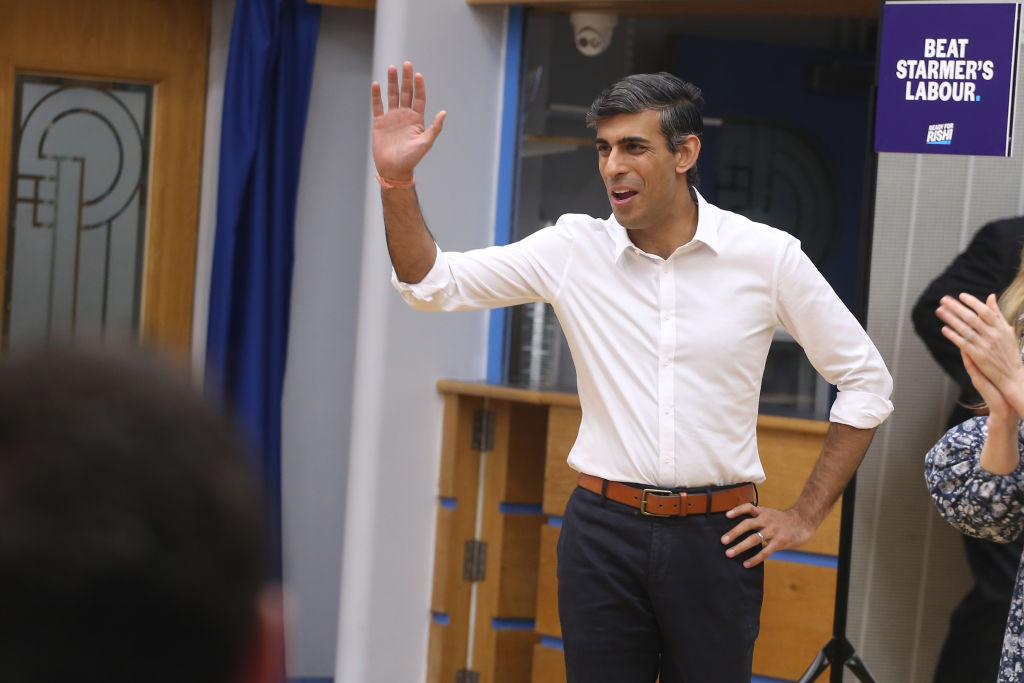 A political party whose membership skews white and male will decide in the coming weeks between an ethnic Indian and a woman to be its new leader, and hence Britain’s next prime minister.

The Conservative runoff between Rishi Sunak and Liz Truss means that Boris Johnson’s successor in 10 Downing Street will represent a visible, and possibly historic, change.

“Thirteen out of 15 prime ministers since the war have been white men, but it’s no longer the inevitable norm,” Sunder Katwala, director of the research group British Future, told AFP.

“It’s not even that much of a surprise that the next leader will be different.”

Foreign Secretary Truss, 46, would be only the third woman prime minister, after Margaret Thatcher and Theresa May, who were both also Conservative.

Ex-finance minister Sunak, an observant Hindu, would be truly breaking new ground as the first prime minister of colour, ruling a country that itself once ruled a quarter of the world’s population, including India.

But for ethnic minorities, Katwala argued, “they’re going to be voting just like everyone else on tax, the economy, Brexit”.

“They remain sceptical of the Conservative agenda, despite the new diversity at the top,” he added, noting the Tories’ treatment under May of legal “Windrush” migrants from the Caribbean.

Superficially at least, the ascent of Sunak and other frontbench Tories of colour suggests a country more at ease with its multicultural identity today, following post-war immigration from Britain’s old empire.

Sunak, 42, has commented previously on the racist insults he and his younger siblings suffered growing up in the southern English city of Southampton.

“It stings in a way that very few other things have,” he told Sky News in June 2020.

“But that’s not something that has happened to me for a long time,” Sunak added, saying that Britain had made “enormous progress” since then.

However, as Tory members prepare to elect their new leader by September 5, racially charged attacks have circulated on social media after controversy over his family’s wealth and tax affairs.

And some Truss supporters say it is sexist to comment on her appearance, with one widely shared meme showing a photo montage of various occasions on which she has posed in similar clothes or settings to Thatcher.

Truss on Thursday called the comparisons “frustrating”, insisting: “I am my own person.”

In 1968, Tory MP Enoch Powell predicted racial civil war in an inflammatory address that came to be known as the “rivers of blood” speech.

Polling at the time suggested a large majority of white Britons supported him.

The centre-left Labour party continues to enjoy a hold over most minority voters.

However, it is an “embarrassment” that Labour, alone among the UK’s major political parties, has yet to elect a permanent woman leader, Katwala said.

And compared to other communities, British-Indians have proven more receptive to the Conservatives’ message of aspiration and self-reliance.

The roughly 200,000 Conservative members tend to be richer than the national average, and live in well-to-do areas.

The party refuses to release a breakdown of its membership.

But according to research by academics Tim Bale, Monica Poletti and Paul Webb last year, the members are less diverse ethnically, are relatively old, and 63 percent of them are male.

Nevertheless, the Tories have come a long way since Powell’s bloodthirsty predictions.

There were eight candidates at the start of the party’s leadership race this month: half were women, and half were from ethnic minorities.

Writing in last weekend’s Sunday Times, former prime minister David Cameron noted that when he won the Conservative leadership in 2005, all seven candidates were white men.

Cameron encouraged a new generation of Tories of colour, and women, to stand for parliament and take the electoral fight to Labour.

“Some dismiss (social) cohesion as a soft concept and a second-order policy,” he said.

“It isn’t. Look at (Donald) Trump’s America — now more divided and discontented than the vision of a melting pot I’ve always admired.”

But while the next prime minister will look different, some things never change in UK politics.

Out of Britain’s 15 post-war leaders to date, 11 studied at Oxford University, including Johnson, May, Cameron, Tony Blair and Thatcher.

So did Sunak and Truss.

“The elite is more open, provided you have the educational and professional credentials,” Katwala said.

“It’s yet to find a way of doing the same for working-class, less-educated people,” he said. “But it’s still progress.”