UK to EU: ‘Treat Britain as a sovereign state’ 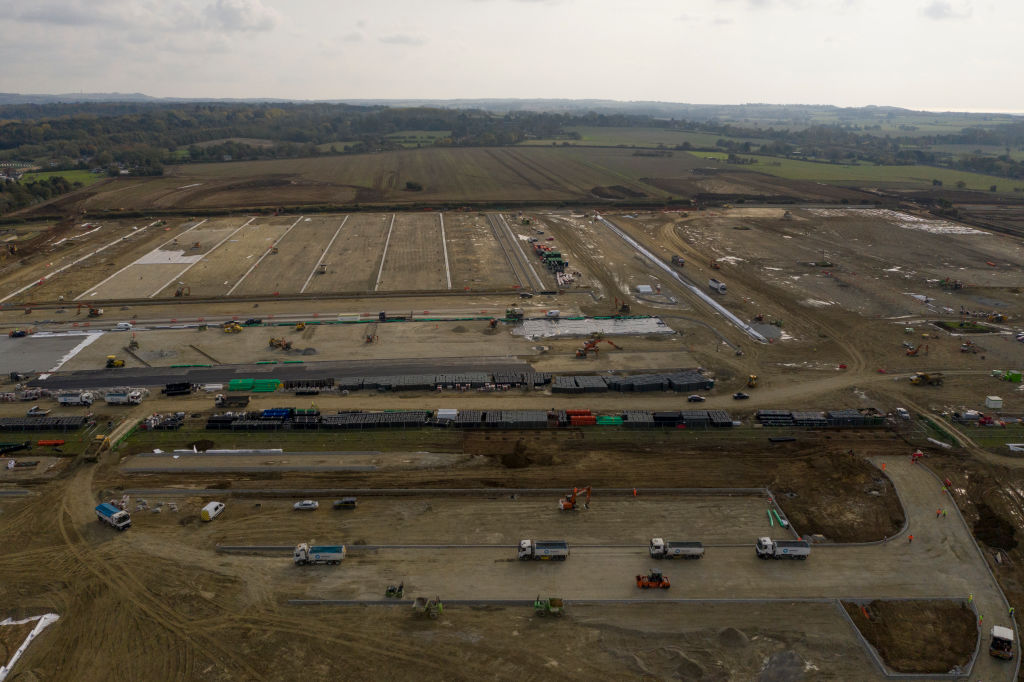 Work continues at the 27 acre plot of a Brexit customs clearance centre off the M20 motorway on October 19, 2020 in Ashford, Kent. (Photo by Dan Kitwood/Getty Images)

UK on Tuesday(20) said that there is no point in talking with the EU on a Brexit trade deal until the bloc starts to treat Britain as a ‘sovereign state’.

A junior business minister in the UK government has asked the EU to ‘get serious’.

“We are trying to get a deal,” Nadhim Zahawi told Sky, adding as long as the EU “negotiate with us as a sovereign.”

“Until you make it very clear that you are willing to negotiate with us as an equal, as a sovereign, then there’s no point simply just paying lip service saying you know ‘we’ll intensify’ negotiations,” he said.

Britain on Monday(19) welcomed signals that the EU was ready to intensify stalled post-Brexit trade talks, but said its commitments did not yet go far enough to restart face-to-face negotiations.

Britain’s chief negotiator David Frost said he held a “constructive discussion” with his EU counterpart Michel Barnier, with the bloc confirming it is willing to hold ramped-up talks this week “based on legal texts”.

“But the EU still needs to make a fundamental change in approach to the talks and make clear it has done so,” Frost added on Twitter, noting the two sides “will stay in close touch”.

A spokesman for prime minister Boris Johnson echoed the sentiment, noting: “The UK continues to believe there is no basis to resume talks unless there is a fundamental change of approach from the EU.”

Britain, which left the EU in January but remains bound by most of the bloc’s rules until a transition period ends on December 31, has accused Brussels of stalling negotiations on a future trade deal.

Following an EU summit last week at which European leaders said London needed to make the further compromises, Johnson revoked an invitation for Barnier to come to London this week and said the country was readying for a so-called no-deal Brexit on January 1.

The prime minister accuses Brussels of refusing to recognise Britain’s new-found sovereignty from next year in areas such as fishing and state aid, and needs to shift its stances for a deal.

Senior minister Michael Gove on Monday launched an information campaign advising businesses that “time is running out” to be ready for a complex new trading chapter from 2021, deal or no deal.

On Monday, Gove and European Commission vice president Maros Sefcovic relayed progress on guaranteeing the rights of each side’s expatriate residents after Brexit.

“I am pleased to report that in this forum, the approach from the EU is very constructive,” Gove said after the meeting of the Joint Committee, set up to review implementation of the Brexit divorce treaty signed last year.

Sefcovic likewise sounded upbeat about citizens’ rights, while cautioning that Britain must uphold the “full and timely implementation” of post-Brexit arrangements for Northern Ireland, which are designed to protect the peace there.

British business groups say they are doing all they can to prepare for Brexit but are hampered by a lack of government clarity, including about a new IT system for EU-bound truck drivers that is still in the testing stage.

The Association of the British Pharmaceutical Industry(ABPI) urged the government to agree a sector-specific agreement with the EU to ensure an uninterrupted flow of lifesaving drugs, if a comprehensive trade deal cannot be reached in time.

“Our members are preparing for the end of the transition period at the same time as coronavirus cases rise across Europe,” ABPI chief executive Richard Torbett said.

“This should be enough to focus minds.”