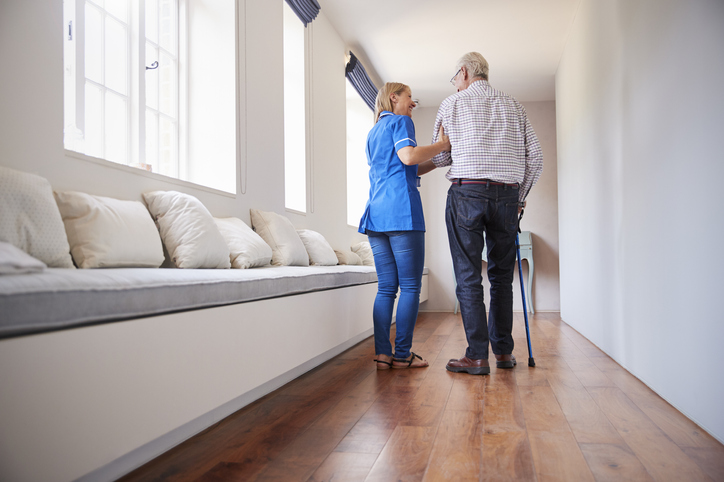 MINISTERS are pushing ahead the plan of making Covid-19 vaccination mandatory for people working in the social care sector in Britain, media reports claimed, adding that the UK prime minister Boris Johnson fully supports the move. The government is also considering extending it for National Health Service (NHS) staff as well.

Under the soon-to-be-announced plan covering almost 1.5 million people working in care homes across Britain, it will be made mandatory for the staff to get their Covid-19 shots. They will be given 16 weeks, or else they will face losing their jobs, according to The Guardian.

Having already completed the consultation for compulsory vaccination for social care workers, the government is expected to announce the law changes very soon. Workers who can prove they are medically exempt from Covid vaccination will not be affected by the new measure, as per the report.

The move is expected to raise objections from European human rights bodies while employers and staff organisations in the social care sector have reportedly warned that the move can backfire if workers quit rather than getting immunised, threatening to affect an already understaffed sector.

Official statistics, meanwhile, show that 83.7 per cent of care homes staff had received at least one dose by June 6 and only 68.7 per cent had been double-jabbed. The lowest rates are seen among the home staff in Barking and Dagenham in east London, Barnet in north London and Barnsley, where more than a third of care home staff haven’t had the vaccine.

The figures are slightly higher in NHS with 82 per cent of them being fully vaccinated with two doses and 89 per cent already had their first dose.

The consultation on requiring compulsory Covid vaccination as a condition of employment for NHS workers will be opened on Thursday (17), though, the ministers, including the health secretary Matt Hancock, are believed to be in support of the move in view of protecting patients from potentially infectious staff.

Experts also feel that the government’s apparent readiness to legally force NHS staff to get vaccinated will lead to them having to have “difficult conversations” with black and minority ethnic staff since take-up rates are seen lower among them than among white NHS personnel.

Meanwhile, the British Medical Association warned on Tuesday (15) that while they want all NHS staff to get jabbed, “compulsion is a blunt instrument that carries its own risks” and the proposal for the compulsory requirement of Covid jab will “raise new ethical and legal implications”.

The Royal College of Nursing has also opposed mandatory jabs for NHS staff with its chief executive Dame Donna Kinnair saying that a person should have “autonomy over what goes into their bodies”.