BRITISH prime minister Theresa May on Sunday (21) called for the UK to stand up for religious freedom in her annual message to mark Easter.

The embattled leader, who continues to face pressures from within her Conservative Party to step down amid the ongoing Brexit delays and uncertainty, focussed her message to mark the Christian festival on hope.

Easter is a particularly special time, when we remember the powerful message at the heart of our Christian faith. A message of hope of the resurrection of Jesus Christ, when we can look forward to a new life in Christ. I will spend Easter as I do every year, giving thanks in church, she said.

The British prime minister, daughter of a vicar and a practising Christian, noted that for many Christians around the world, such simple acts of faith can bring huge danger.

“Churches have been attacked. Christians murdered. Families forced to flee their homes,” she said.

“That is why the government has launched a global review into the persecution of Christians. We must stand up for the right of everyone, no matter what their religion, to practise their faith in peace,” she added.

“The refugee crisis is a moral test. Jesus taught us to respect refugees,” he said.

Cross-party talks initiated by Theresa May earlier this month in an attempt to break the Brexit deadlock are set to resume after the Easter break on Tuesday.

Meanwhile, the pressure on her to step down as PM continues with some media reports indicating that the Tory back-bench 1922 committee is set to give her an ultimatum that she must step down by the end of June.

MPs on the executive of the influential committee are reportedly set to meet on Tuesday to decide whether to change the party rules to allow a new vote of no confidence in Theresa May before the one-year buffer she had won when the previous vote of no-confidence in her leadership was defeated last year. 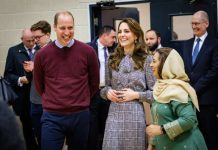 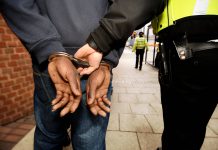 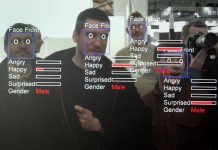