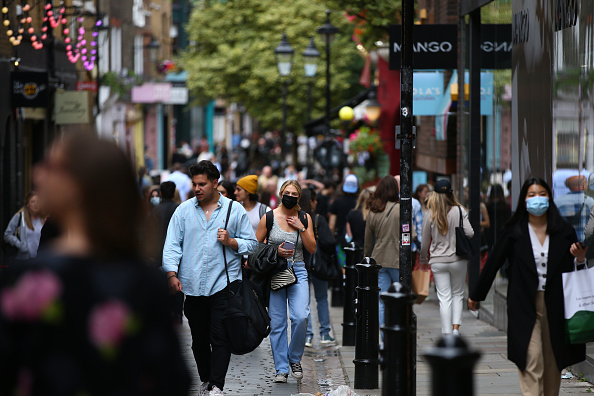 The economy managed to expand 0.8 per cent in May backed by easing of coronavirus restrictions that allowed pubs and restaurants to serve indoors, supporting the hospitality industry.

The rebound in the hospitality sector, however, was offset by halts in car production.

Pubs and restaurants “were responsible for the vast majority of the growth seen in May”, said Jonathan Athow, the Office for National Statistics (ONS) deputy national statistician for economic statistics.

Though, economy witnessed the fourth consecutive month of growth in May, it was lower than the 2 per cent growth seen in April, as per the ONS data.

Accommodation and food services grew by a massive 37.1 per cent in May, with the overall services sector growing 0.9 per cent.

Meanwhile, UK carmakers struggled with a shortage of microchips and construction firms were hit by very wet weather in May, which reduced their working days, ONS said.

British Chambers of Commerce head of economics Suren Thiru said, “While the latest figures confirm the rebound in economic activity continued into May, the sharp slowdown in growth suggests that the recovery is losing a little steam as the temporary boost, from the earlier phases of reopening, fades.”

“The UK economy remains on track for a strong rebound in the second quarter. However, economic activity may remain muted in June as the impact of rising covid infections and the delay to the end of the roadmap are felt, despite an uplift to consumer activity from Euro 2020,” Thiru said.

Overall, in the three months to May, economic output rose by 3.6 per cent, helped by strong retail sales, and as pubs, restaurants and schools reopened from March.