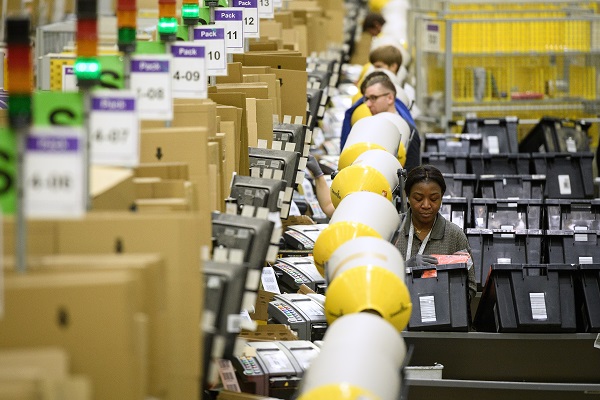 Campaigners have called for the UK companies to make the system fairer with discrimination pushing some young British Asians into setting up their own business (Photo: Leon Neal/Getty Images).

ANONYMOUS CVs and diversity among managers are needed to tackle racial discrimination in the Jobs market, campaigners said.

A study showed that British firms appear more likely to discriminate than the Germans and Dutch with researchers sending the same CV to employers with different names.

From looking at 200,000 job applicants across nine countries, researchers found that the advantage of having a white sounding name in France was more than three times higher than in Germany.

The paper, published in the journal Sociological Science, gave Britain a hiring bias score of 55 per cent, below Sweden on 65 per cent and France on 83 per cent.

US researchers said Germany has the fairest system, with applicants having to submit more documents, including school exam results.

Campaigners have called for the UK companies to make the system fairer with discrimination pushing some young British Asians into setting up their own business.

Kishan Devani, vice chair for the Liberal Democrats’ campaign for racial equality, told Eastern Eye: “There is mounting evidence that names on CV’s are increasingly becoming a hindrance to BAME job applicants.

“I experienced first-hand such issues and have been informed by many other people that they have too. If this continues, BAME graduates will have no other option but to become self-employed business owners.

“This would be a huge shame to all sectors of employment as some of the brightest graduates across the UK come from BAME backgrounds.

“It is time that this scandalous behaviour is dealt with through legislation that removes names from CVs and job applications, just as with age and race details.

“Failure to act urgently would deny BAME communities across the UK the equal opportunities they deserve.”

In France it is illegal to ask applicants about race, a policy which appears to have a negative impact, the research found.

A study in January found that Britons from ethnic minority back-grounds have to send 60 per cent more job applications on average to get a positive response from employers compared to their white counterparts.

The Centre for Social Investigation sent about 3,200 fake job applications for both manual and non-manual jobs – including chefs, shop assistants, accountants and software engineers – in response to adverts on a recruitment website.

All of the fictitious candidates were British citizens or had moved to the UK by the age of six, and had identical CVs, covering letters and years of experience. The only detail they changed was the applicant’s name.

While 24 per cent of white British applicants received a call back from UK employers, only 15 per cent of ethnic minority applicants did. And people of south Asian heritage had to do 80 per cent more applications.

Firms often carry out a pre-screening phase of candidates followed by an assessment phase.

Professor Sunitha Narendran, head of the department of business at the University of East London, said: “Although talent is distributed across all cultural groups, there is growing research evidence indicating intentional or unintentional biases both at the pre-screening and assessment phases.”

She told Eastern Eye: “As decision makers selecting candidates often belong to a particular group, they can, according to the “social identity” theorists favour their own kind than those from outside.

“So, one way to avoid this bias is to make the selector groups more heterogeneous so that cues such as names indicating a particular “out-group” stops playing a biasing role. So we need diversity at them to”.”

Jabeer Butt is CEO of the Race Equality Foundation. He said: “The research confirms what we have known for a long time, that racial prejudice is wide-spread in employment.

“Simple changes, such as name blind CVs, can help to address this, and the evidence shows that more diverse organisations are more successful ones.

“It is also important to scrutinise how black and minority ethnic workers are treated once they get into these jobs. Are they getting promoted at the same rate as white colleagues, are they subject to bullying? These are all questions that employers need to be challenged.”

The Bank of England has a policy of using anonymous CVs for recruitment in a bid to improve its diversity and cut down on bias among hiring managers.

Nearly 19 per cent of the bank’s staff is from minority groups, up from 13 per cent in 2013. It has also ramped up recruitment of minorities in its latest round of graduate hires, with 39 per cent of job offers going to BAME candidates in the past year. However, only five per cent of senior management is from an ethnic minority.