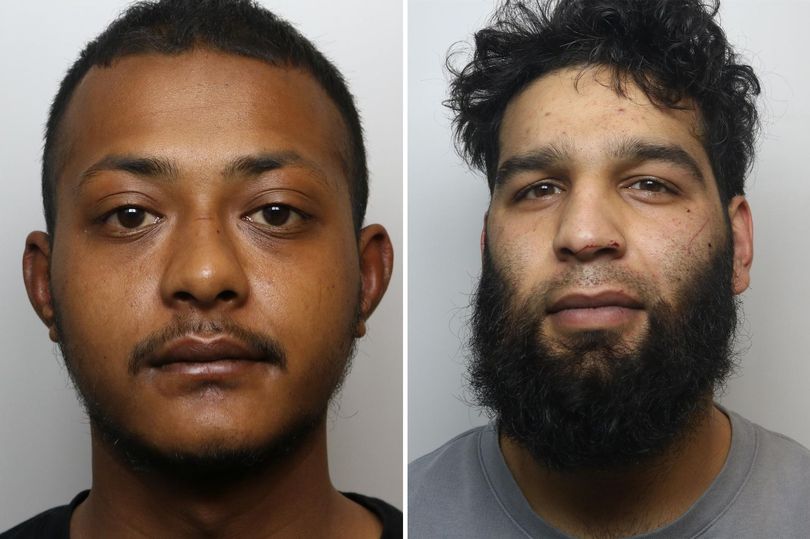 Two Bradford men were sentenced for a total of more than four years for supply of drugs and assault, according to reports.

Mohammed Miah, 22, attacked shop workers at the Kirkgate Shopping Centre in Bradford in July last year while he was drunk.

Prosecutor Andrew Stranex told Bradford Crown Court on Monday (28) that Miah grabbed the worker’s arm and struck him on his face.

Then a member of staff at Sports Direct managed to pin Miah to the floor but he freed a leg and kicked him.

Miah was charged along with Rizwan Iqbal, 25, of Parkside Road in Bradford, for possession of heroin and cannabis, breach of a restraining order and failure to surrender.

The drugs offence took place in December 2019, when officers noticed a drug deal was taking place.

Stranex told the court: “Officers on patrol in West Bowling observed a drug deal and detained those present at the scene including Mohammed Miah. Later they went back to the scene where more dealings were seen. Officers approached and arrested Rizwan Iqbal. He was aggressive and powder spray had to be used. At the station, a pack seemed to drop from his trousers and white and brown packages were found in them.”

According to reports, a deal of crack cocaine with a value of £210 and ten wraps of heroin totalling a value of £100 plus over £76 in cash and two mobile phones were found at the scene.

Officers arrived at Miah’s home on February 3, 2020, and discovered wraps of brown and white powder inside a jacket, the court heard. He was arrested and interviewed but he denied being a drug dealer while admitting to putting drugs in the jacket.

In addition to the drug charges, Miah was charged with violating a restraining order after officers discovered him hiding in a wardrobe at an address where he was not supposed to be.

He also pleaded guilty to failing to appear for a hearing in January during the sentencing hearing on Monday. He was eventually apprehended and remanded in custody in May. Iqbal had a previous conviction for conspiracy to pervert the course of justice.

Mitigating for Iqbal, Abigail Langford, said: “He has a significant number of positive  attributes, a job, a family and also a diagnosis for a serious heart condition and he takes medication for that but you will be aware he lost his dad relatively recently which has added to significant factors he has been undergoing.”

Rukhshanda Hussain, mitigating for Miah said: “For a short period of time in 2020 he was a user dealer and would give to others for his own supply and was under instructions. He has a relevant record but nothing for drugs matters and he had been offence free for some four years. He remembers nothing about the assault on the security guard. He regrets his life choices and is dedicated to turning it around.”