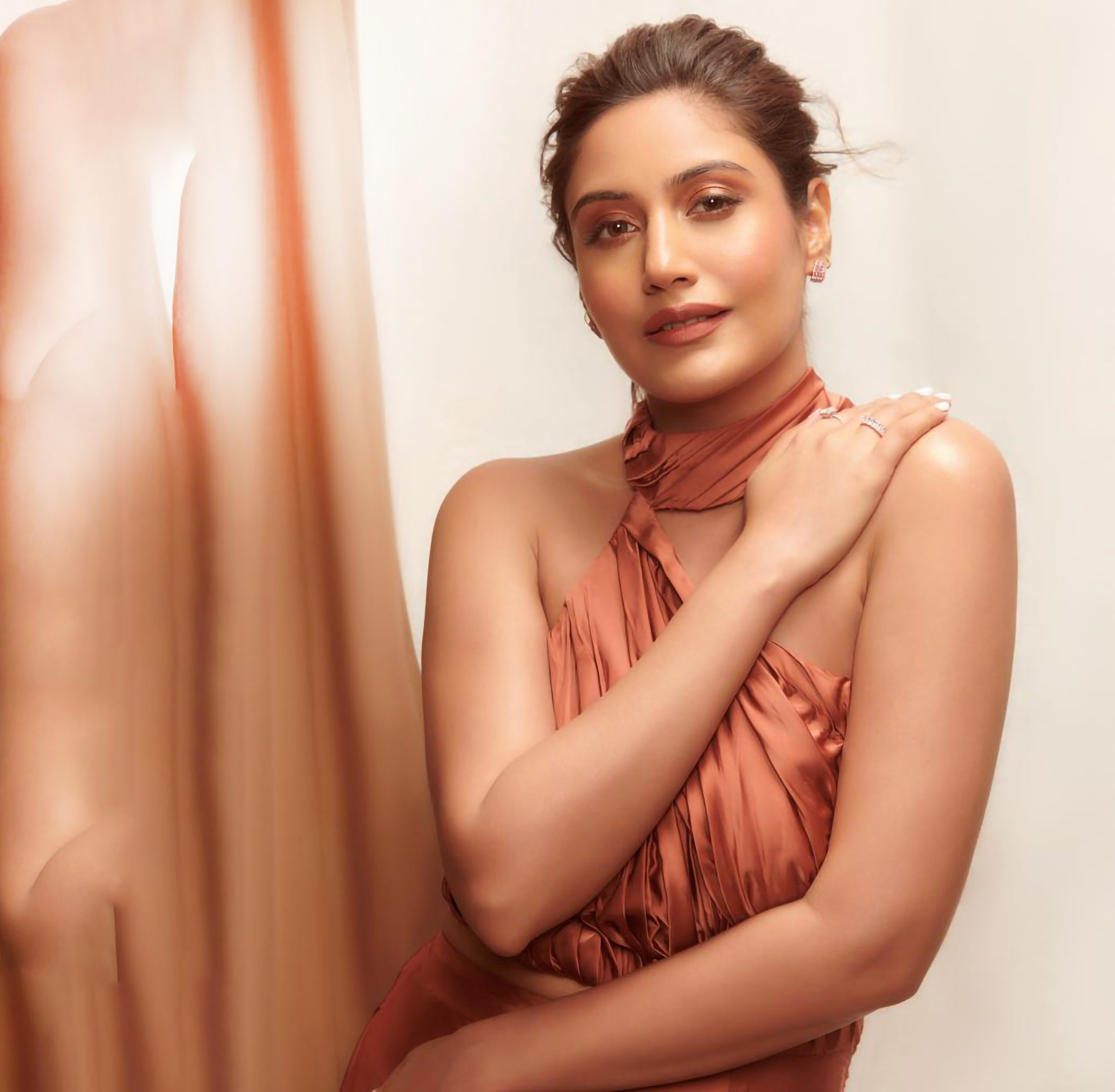 The popular actress plays an empowered woman determined to make her way in the world, who unexpectedly finds a special connection – in the Colors TV romantic comedy-drama. She stars opposite Dheeraj Dhooper in the serial that has been generating a lot of interest around the world and once again portrays a character that is a strong symbol of girl power.
It adds to her impressive body of work, which includes terrific turns in Ishqbaaaz and Sanjivani 2.

Eastern Eye caught up with the versatile performer to discuss her new show, future hopes, and that something new she wants to learn. The gifted actress also gave her view of what makes for a good performance.

You are very selective. Is the biggest challenge finding creatively satisfying roles?
Every time I choose a project it’s very important that I am convinced about the subject, character, the way that character will progress and how it is going to be shot. I look at everything as a package. It’s very important that the project is different from what I’ve delivered to the audience in the past. Then the process of making that show becomes very exciting and interesting. The wait for that right project can be challenging, but when you hit the right note with it, you know the process will be very exciting. So, I need to be extremely sure.

What did you like about your new serial Sherdil Shergill?
I fell in love with Sherdil Shergill the moment Manmeet Shergill’s character was narrated to me by (producer) Saurabh Tewari. I love the way she is today’s woman. She’s strong, fearless, opinionated, and inspiring in many ways. She’s taking bold steps in life and, of course, there are reasons for that. I love the dynamic she has with her father. It’s her whole journey from Shergill to Sherdil.

What else did you like about her?
Her dynamic with Rajkumar Yadav at work. The way we are approaching her and the show is fascinating, and different from those we see on television. It’s a fresh approach. It’s a romantic comedy, a genre that’s been missing on TV I feel. So, there are various reasons to love Sherdil Shergill.

How does this serial compare to others you have done?
I mean there are clearly no comparisons between my previous shows. The idea is always to choose projects strikingly different from one another, so there are no comparisons. It’s very different.

What can we expect from the show?
There’s a lot that one can expect from Sherdil Shergill. First, it’s relatable. Second, there is an amazing dynamic between the lead characters and with their family members; also, the equation between Raj and Manmeet – as a boss and an employee. The show has fun and sweet moments to offer but is also emotionally strong. There is a fresh approach; so lots to look forward to.

How do you prepare for a new character?
I am somebody who is impulsive as an actor. I think I am spontaneous and impromptu when given a situation. So, there’s no hard prepping, apart from making sure the character is going to be in the right shape and has the correct look, including styling and haircut.

What about performance?
When it comes to performance, being on the job works for me. I start living the character every time I go on set and, luckily, I don’t bring characters back home. Of course, I do sometimes dwell over my performances. There are times I am critical and unhappy, but also rare times I’m appreciative of the hard work I have put into a part­icular scene. So, for Manmeet it’s taking ideas from everybody, be it my producer, director, or creative team. Then making this a whole and presenting it to the audience.

How does Manmeet’s personality compare to yours?
There are similarities between Manmeet and Surbhi – the way she is in terms of her dreams and aspirations. She will fight the world for them and might also go against her family. I think Surbhi also has that little rebellious streak in her when it comes to career choices. Manmeet will go against anybody and fight the world, if it is for her family, which is something I relate to. Manmeet is a perfectionist, with everything having to be prim and proper, which is also similar to me. So, there are quite a few similarities.

What is actor Dheeraj Dhoopar like as a co-star?
I think if I speak about DD, I will not stop. He’s been in Naagin for a brief period with me. I kind of feel we manifested Sherdil Shergill for our fans and ourselves. We wanted to work together for longer and here we are. We respect each other a lot. I’m in awe of his personality and think he’s a star in himself. He’s protective of me, which I really adore, and we talk about everything under the sun. It’s a great atmosphere when I’m working with DD.

Are the high expectations around you pressurising or motivating?
You know we are fortunate to have people around us, who have waited for Sherdil Shergill with bated breath. I remember Saurabh telling me at the narration, ‘let’s make the show for ourselves and not succumb to any pressure’, which is very rare in television and with producers. That is exactly what everybody on set, including me, is doing – enjoying making a show for ourselves, without pressure. Then we’re going to present it to the audience and see how the reactions come; how the feedback is. But for now, we just want to take it one day at a time and enjoy the whole process.

What according to you is the secret of a good performance?
The secret to a good performance for me as an actor is when I live that character and know how she will behave in that particular moment. I have to be in it, and be convinced, whether it’s a happy or an emotional moment. But it is never always necessary that a performance I feel is good will be great for a TV audience.

What do you mean?
TV, as a medium, is so fast-paced. You have a scene for one minute and then you have another, with the screen changing from one to another scene. Audiences have options of various other networks and TV channels, to flip over to. So, it’s unlike a film where performances stay with you. But that doesn’t stop me as Surbhi Chandna from giving my 100 per cent in every particular scene thrown at me. 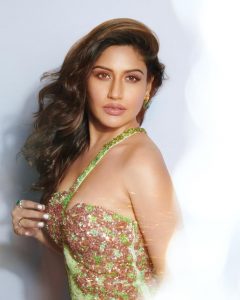 Do you see yourself making that move to films or the web space?
Two years of a pandemic has made us all realise as audiences the importance of the web space and how this industry is flourishing and giving opportunities to newer talent. There was a time when I was all about television and quite content with it, but now when I’m growing as an actor, I want to test my waters there as well. In the one year and a half when I did not do any show, I am not going to deny that I tested for web shows, but things didn’t materialise.

That is admirable of you to say, and you don’t seem disheartened by it?
To be contacted by certain casting agencies, and them recognising me as a talented actor is also an achievement for me. I think an artist must not be bracketed into mediums. An artist’s job is to entertain, be it television, web, or films. So, I see myself doing everything and hope I can make that kind of difference, where I can be on all mediums. For an artist, the ultimate purpose is entertainment, and everybody needs to be treated equally.

Do you have a dream role today?
More than a dream role, for me it’s about the dream industry. Like I said, I’d love to work in the web industry and then eventually films. Also, I want to create a market of my own. I, as an actor, am somebody who gets inspired by a lot of actors and their journeys, but that does not make me want to imitate them. I am somebody who wants to be recognised for my performance and what I naturally can give to the audiences, so that’s the dream.

If you could master something new, what would it be?
I really wish I knew how to drive. I hate it when on a particular show I’m asked if I know how to drive. Even in Sherdil Shergill, there are a lot of scenes that require Manmeet to drive, but unfortunately, I don’t know how to drive. I think that’s my biggest regret, so I’d rather learn that than master it. I am not fond of driving.

Why should we tune into your new serial Sherdil Shergill?
We are making it with so much love and really hoping that it resonates with audiences. The rawness, characters and their lives are relatable. There are natural, sweet, bitter, and funny moments, with emotional ups and downs of the character’s lives. We are hopeful audiences will like the journey of Manmeet and Raj Kumar Yadav.

Would you like to give a message to your fans?
It will be very nice if fans show the same amount of love they’ve given to my previous shows. I’m hopeful they will. I want to thank the fans for all their patience, and for always pushing me to choose the right project. I think it’s all thanks to them, and with this show, I hope to connect with newer audiences (laughs) and get as much love as I can, because I am hungry for that love.