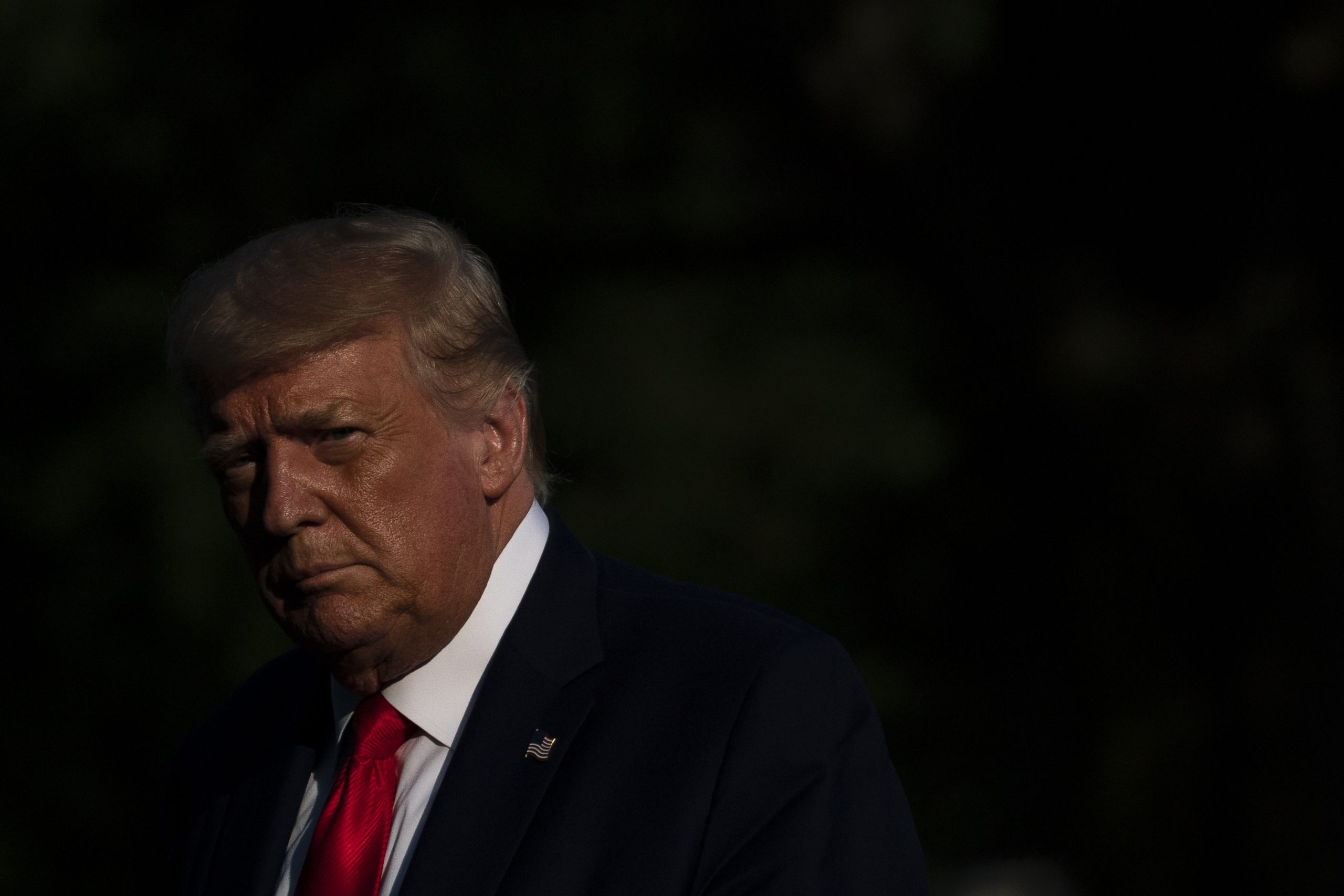 FILE PHOTO: U.S. President Donald Trump walks to the White House residence after exiting Marine one on South Lawn of the White House on July 15, 2020 in Washington, DC. (Photo by Drew Angerer/Getty Images)

At a White House news conference, Trump was asked about “claims circulating on social media” that Harris was not eligible and whether he could say she met the legal requirements for vice president.

“I heard it today that she doesn’t meet the requirements. And, by the way, the lawyer that wrote that piece is a very highly qualified, very talented lawyer. I have no idea if that’s right,” Trump said.

“I would have assumed the Democrats would have checked that out before she gets chosen to run for vice president,” he said.

The reporter replied that Harris was born in the US but her parents might not have been permanent residents at the time.

Trump appeared to be referring to a Newsweek op-ed by a conservative law professor wrongly claiming the California senator was not eligible to serve as vice president or president because of the immigration status of her parents when she was born.

Harris was born in Oakland, California in 1964 to a father from Jamaica and a mother from India.

Trump earned national political prominence by promoting the “birther” lie that Obama, America’s first black president, was not born in the United States.

He grudgingly acknowledged late in his 2016 presidential campaign that Obama was born in the United States.

In his Newsweek op-ed, Chapman University law professor John Eastman claimed some “commentators” said Harris was ineligible as she was not a “natural born citizen” as her parents were not naturalized US citizens at the time of her birth.

According to the Constitution, any natural born US citizen over the age of 35 is eligible to be president or vice president.

“Some conservatives, such as John Eastman, think that is wrong and being born in the country is not enough,” he said. “(They’re) clearly wrong under the language of the 14th Amendment and under Supreme Court precedent.”

Eastman’s op-ed was published a day after Democratic challenger Joe Biden announced Harris as his running mate, the first woman of color tapped by a major party for the post.

“I hadn’t wanted to comment on this because it’s such an idiotic theory,” Tribe told the paper. “There is nothing to it.”