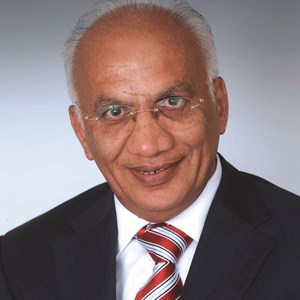 TRIBUTES have been paid to a councillor who died after taking temporary leave from his duties due to illness.

Councillor Ratilal Govind was a Labour councillor who served for the Evington ward of Leicester City Council since 2015.

The news was announced on Twitter on Thursday (2) with his colleagues and friends leading the tributes, the Local Democracy Reporting Service said.

Well-wishers called him a “brilliant man who did so much for his community”.

Govind was vice-chair of the city council’s overview select committee and had featured on the adult social care scrutiny commission and the licensing and public safety committee.

He had also been a leading member of Neighbourhood Watch in Belgrave and the wider city for a number of years.

The Leicester East Labour group broke the news on Twitter, saying “we will miss him greatly.”

Beaumont Leys councillor Hemant Rae Bhatia added: “Extremely saddened and shocked to hear the news of the passing away of our colleague Councillor Ratilal Govind. May his soul Rest in Peace. Om Shanti Shanti.”

Keith Vaz, ex-Leicester East MP, said: “So, so sad to hear of the passing of my dear friend Ratilal Govind. There was no greater champion of India than him.

“He worked tirelessly for the people of Evington. We will miss him so much. RIP Ratilal.”

A member of the public added: “I was a police officer in Belgrave for several years and worked closely with Ratilal.

“A brilliant man who did so much for his community. Very sad news. You will be missed by so many.”

A by-election will be arranged to fill the Evington seat. Details have not yet been announced.