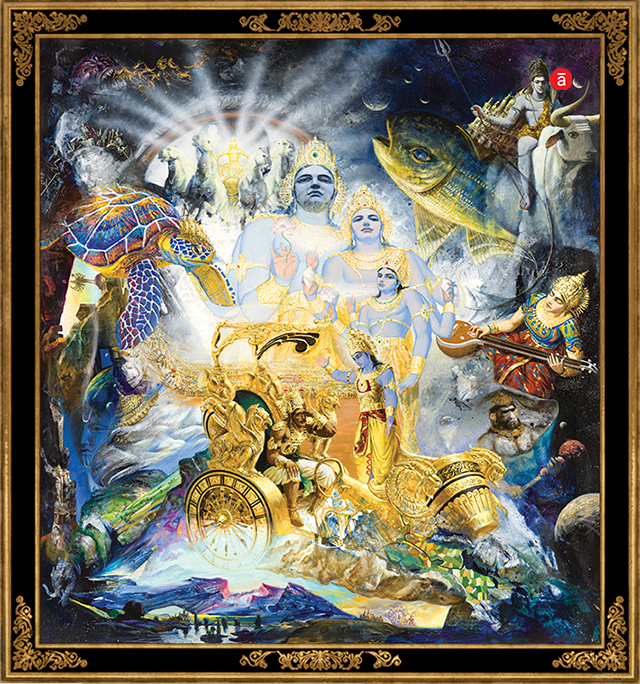 One of the works from Italian artist Giampaolo Tomassetti’s ‘The Mahabharata Collection’ presented via a virtual exhibition by spiritual art gallery Art-ma.

SPIRITUAL art gallery Art-ma will bring the Mahabharata to life next week through a virtual exhibition of vivid, large-scale paintings by Italian artist Giampaolo Tomassetti.

Described as an “amalgamation of the east and west”, The Mahabharata Collection can be viewed in an interactive virtual gallery via the Art-ma website from Wednesday (12), marking the Hindu festival of Janmashtami, the birthday of Lord Krishna.

It promises to be visual treat with 24 monumental pieces and a world exclusive work that will depict scenes that lead up to the Kurukshetra war, the central theme of the Mahabharata.

Tomassetti believes the epic remains relevant even today, as it is “a true representation of human nature”. His works aim to increase awareness on Indian culture, and encourage people’s spiritual growth by inspiring them to “look inwards for the happiness that they seek”.

Born and raised in Italy, Tomassetti had developed “an early curiosity about spirituality” and that led him to form “a deep connection with Vedic culture”.

He frequently travelled to India, and delved into Vedic texts such as the Bhagavad Gita and the Srimad Bhagavatam.

Tomassetti lived as a monk for nine years within the International Society for Krishna Consciousness under the adopted name of Jnananjana Dasa, and also illustrated several books by spiritual guru Bhaktivedanta Swami Prabhupada.

Tomassetti began work on the Mahabharata series in 2008, and took five years to complete the project. As an artist who grew up admiring the Gothic, Renaissance and Baroque art forms, his treatment and style have a distinct European aesthetic.

Classical art form, he believed, was the best way to depict the Mahabharata.

“After reading ancient Vedic scriptures, practising renunciation and making several trips to India, I got close to the culture that produced great literature like the Mahabharata and the Ramayana,” he said.

“To me, the main teaching of the Mahabharata is that we can be inspired by it to change our life into a more advanced ethic, moral, ecological and happy society.”

Tomassetti added that he was “happy and proud” to associate with Art-ma, which promotes “human and spiritual values” through art.

“Art-ma represents the joining of art and spirituality together, and I want to encourage this, as I feel this will benefit humanity,” he said, noting that the gallery derived its name from the Sanskrit term ‘aatma’, which means the spirit-soul residing within each and every living entity.

Modelled on an art gallery in Tuscany, Italy, that houses the original artworks, Art-ma’s virtual gallery has been custom-built in collaboration with Sheffield Hallam University’s department of media, arts and communications.

Organisers said the exhibition, with a guided tour option, will also have embedded videos and text explaining the artworks as well as the story of the Mahabharata.

Reena Popat, co-founder of Art-ma, said the new gallery was created with “the sole purpose of sharing these extraordinary works of art” across the world.

“We want to share the lessons learnt from the Mahabharata that are relevant today across all races and generations,” she added.

The virtual exhibition will be on from August 12 to September 12. 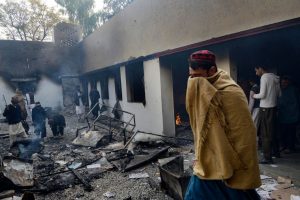 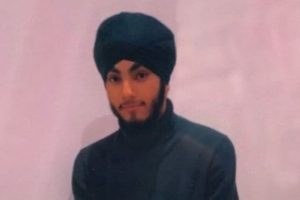