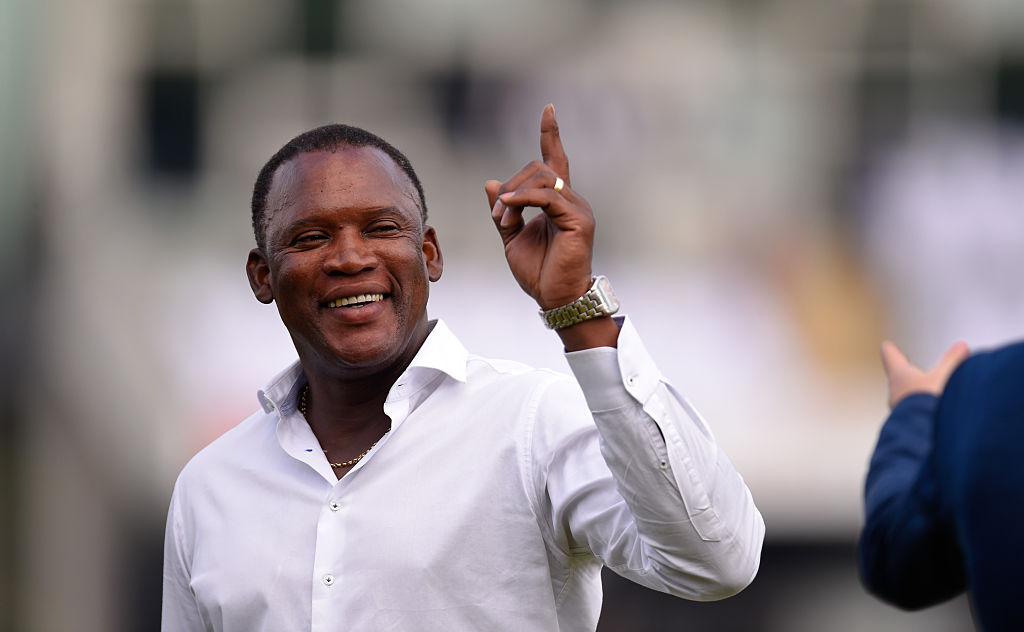 FILE PHOTO: Former England fast bowler Devon Malcolm raises a smile and a finger before the 4th Royal London One-Day International match between England and Australia at Headingley on September 11, 2015 in Leeds, England.
Follow Us

THE England and Wales Cricket Board has suspended a senior official for making a ‘racial slur’ about former England player Devon Malcolm, The Telegraph reported.

The employee was stood down pending an investigation into an alleged jibe made earlier this season about being unable to see Malcolm until he smiles, the report added.

Malcolm is one of English cricket’s most popular figures. He played 40 Tests for England after emigrating from his native Jamaica in 1979, including claiming a memorable nine for 57 against South Africa at The Oval in 1994.

The comment was made around a year after the governing body announced Malcolm as one of five new appointments to its match referee panel.

The ECB did so after being sued by former officials John Holder and Ismail Dawood, who claimed their careers had been cut short due to “institutionalised racism”.

They pointed out no ethnic minority umpires had been appointed to the ECB’s first-class panel since 1992 and that there had been no non-white representation on it since 2010.

According to The Telegraph, any racist slur about Malcolm by a senior figure at the governing body would represent a major scandal and completely undermine its bid to draw a line under the crisis to engulf the game following Yorkshire’s botched handling of the Azeem Rafiq affair.

Malcolm had been twice knocked back in his bid to become an umpire during the past two decades.

He also told The Telegraph that he travelled the country watching his son, Jaden, play for the Northamptonshire academy and never saw another black boy.

Malcolm spoke out on the same day Holder, who stood in international cricket, and Dawood, a former Yorkshire player who was on the umpires’ reserve list until 2014, went public with their accusations of “institutionalised racism”, “bullying” and “cronyism” against the ECB.

Using Malcolm as an example, the pair issued a statement through the Stump out Racism action group alleging there had “been a definite policy of only employing whites” for umpiring positions.

Dawood called for an investigation by the Equality and Human Rights Commission, declaring he had “absolutely no trust or confidence in the ECB” and that the organisation was a “complete mess”.

The pair withdrew their employment claim following mediation talks that ended with Holder agreeing to contribute to a review of officiating.