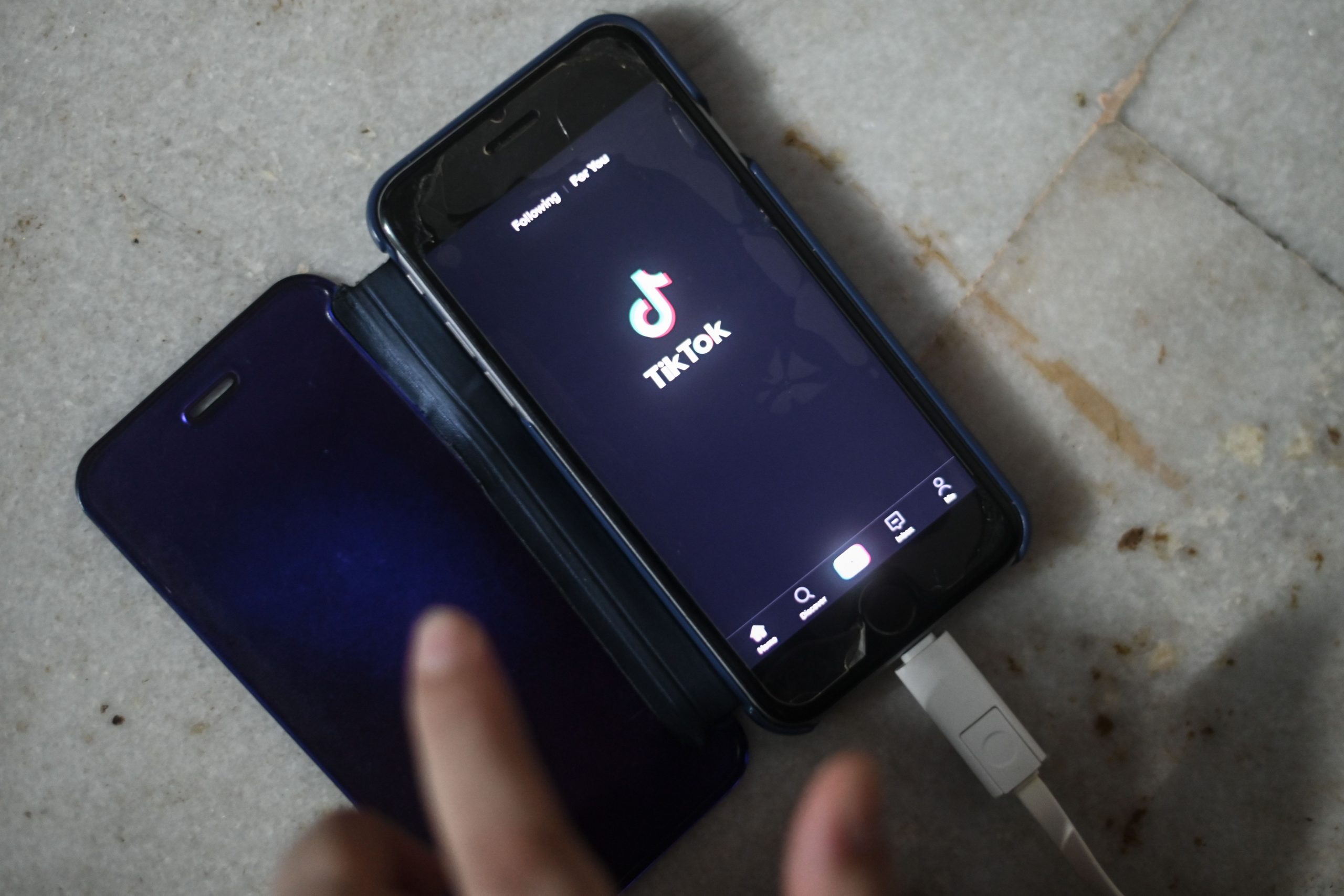 This illustration photo taken on June 29, 2020 shows a person using the video-sharing app TikTok on a smartphone in New Delhi. – TikTok on June 30 denied sharing information on Indian users with the Chinese government, after New Delhi banned the wildly popular app citing national security and privacy concerns. “TikTok continues to comply with all data privacy and security requirements under Indian law and have not shared any information of our users in India with any foreign government, including the Chinese Government,” said the company, which is owned by China’s ByteDance. (Photo by Sajjad HUSSAIN / AFP) (Photo by SAJJAD HUSSAIN/AFP via Getty Images)

When India banned TikTok, it closed a window to the wider world for legions of women outside the big cities that provided fun, fame and even fortune.

The government outlawed the video-sharing platform, and 58 other Chinese apps, this month citing data security fears.

TikTok is also reportedly under greater scrutiny elsewhere including in the United States and Australia.

One day, her daughter got her to install TikTok on her phone to watch the dizzying array of zany videos uploaded from across what used to be the app’s biggest international market.

Instagram and YouTube are for “the big people”, Verma told AFP by phone, but TikTok she liked.

She started to record and upload videos of her own.

“I started with five likes on my first video. That was a big boost for me,” Verma said.

Soon, she had more than a million followers and was earning about 4,000 rupees ($50) per video with her slick robot dance routines shot inside her small, simple home.

“It’s not a lot but my earnings from TikTok helped in running the house and also in managing finances for the new house. You know even 10 rupees is a huge amount for us,” she said.

But it wasn’t just the money.

“Before TikTok, I didn’t have the confidence to talk to people. I would just do my work, and as a stay-at-home wife I never made eye contact with people or even spoke much,” Verma said.

Speaking a vast number of languages and dialects, around 70 percent of India’s 1.3 billion people live in rural areas, a world away from big cities such as Mumbai and New Delhi.

Amitabh Kumar from Social Media Matters, a group encouraging “social media for social change”, said that for many people in this huge hinterland, TikTok was a “glass ceiling breaker”.

“Instead of Bollywood and rich people, finally there was a chance for common people to create something in 15 seconds which makes you laugh or cry or think or engage,” he told AFP.

Its different tools were simple to use for those who don’t speak or read English or Hindi, and the app worked well on low-speed internet.

“Twitter cracked the short-form storytelling in text — with 140 and then 280 (characters). I think TikTok did it with 15 seconds,” he added.

And it reminded the urban elite of India’s vast diversity and chasmic differences in wealth.

“What we, people sitting in Delhi, probably judged and made fun of was high-class entertainment for a lot of people who never got a chance to express themselves,” he said.

“Here was for the first time a space that rural India was enjoying.”

Another minor star was Rupali Manoj Bhandole, 29, a housewife and mother who left school at 14 living in a small town in Maharashtra state that gets piped water for an hour a day and endures frequent power cuts.

She would upload videos of herself poking fun at her weak economic status — and soon amassed 300,000 followers.

“A person who works with a Marathi TV show called me a star… I can’t tell you happy I felt,” she told AFP.

Bhandole said she wept when TikTok was banned.

Archana Arvind Dhormise hopes the benefits she derived from the platform will last.

The 35-year-old from Pimpalgaon in Maharashtra seldom left home for fear of censure from her conservative family and neighbours.

But then the home beautician became the “Rani Mukherji of TikTok” — a reference to a famous Bollywood actress — dancing and miming to famous songs, and gaining 75,000 fans.

She won a local competition for one of her TikTok videos. Now she has landed a part in a short film.

“I had never in my life gone up on stage and spoken or even initiated a conversation without having a million thoughts in my head,” Dhormise told AFP.

“But being on TikTok and seeing all the love I was getting gave me the confidence to keep that going, and also be confident in the real world.”