Tiger Shroff shares a new poster of Baaghi 3, announces the trailer release date of the film 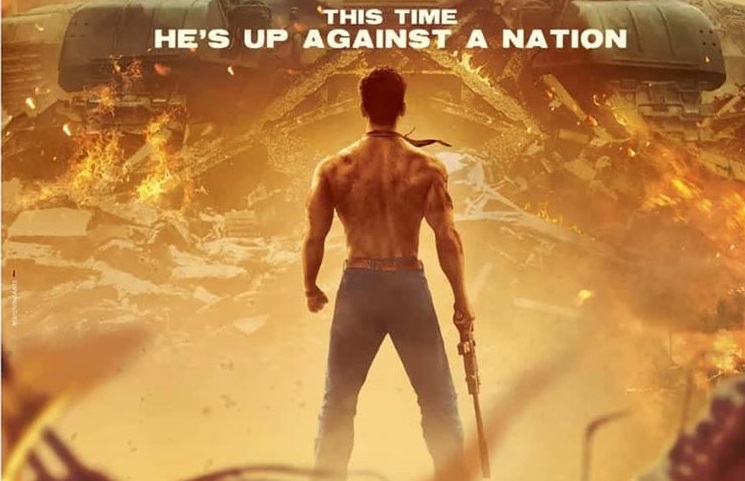 Tiger Shroff, Shraddha Kapoor, Riteish Deshmukh and Ankita Lokhande starrer Baaghi 3 is undoubtedly one of the most awaited films of the year. After the success of Baaghi and Baaghi 2, moviegoers are now eagerly waiting for Baaghi 3.

Today, Tiger Shroff took to Instagram to share a poster of the film and also announced the trailer release date of the movie. The trailer of the film will be out on 6th February 2020. Tiger posted, “Against his strongest enemy, His greatest battle, Up against a nation, RONNIE is back! ?? #Baaghi3 trailer out on 6th Feb, Thursday. #sajidnadiadwala .. @shraddhakapoor @riteishd @khan_ahmedasas @wardakhannadiadwala @foxstarhindi @nadiadwalagrandson.”

Baaghi 3 is a remake of Tamil film Vettai which starred Madhavan, Arya, Sameera Reddy, and Amala Paul in the lead roles. Tiger and Riteish play brothers in the movie and Jackie Shroff has been roped in to play their father in the film. This will be for the first time when we will get to see Tiger and Jackie on the big screen.

Baaghi starred Shraddha as the female lead and Baaghi 2 featured Disha Patani opposite Tiger. Now, Tiger and Shraddha have teamed up once again and their fans are super excited to watch them on the big screen together.

Directed by Ahmed Khan, Baaghi 3 is slated to release on 6th March 2020. Well, fans of the franchise have high expectations from the film as Baaghi and Baaghi 2 were quite good when it comes to action.