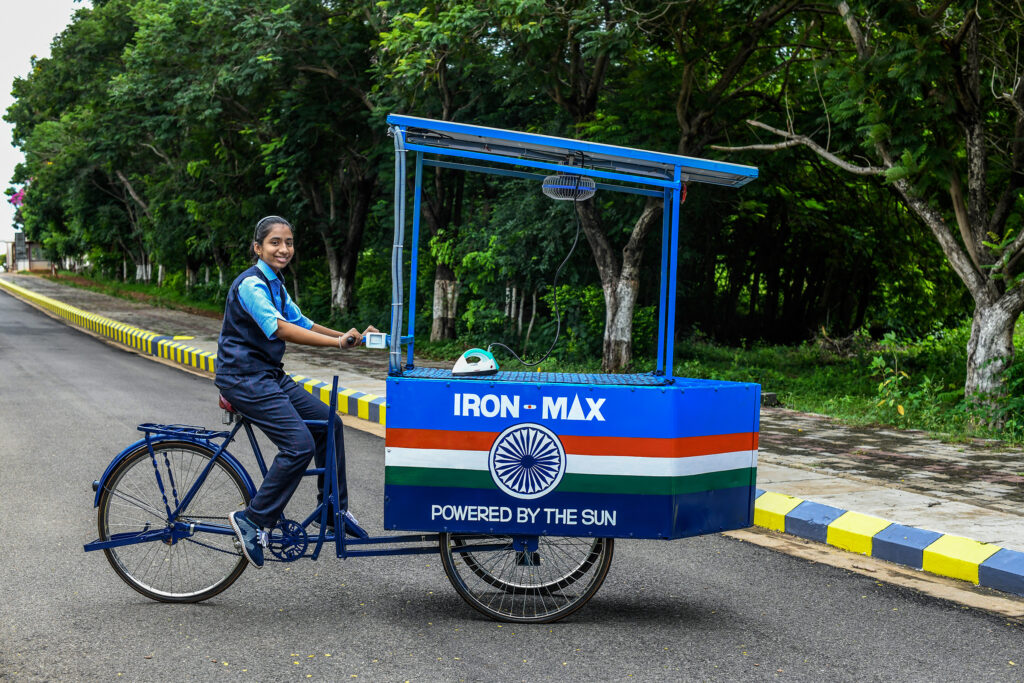 THREE South Asians-two Indians and one Bangladeshi, have found a place on the shortlist for Prince William’s Earthshot environmental prize to reward innovative solutions to the planet’s biggest problems.

A 14-year-old schoolgirl Vinisha Umashankar from Tiruvannamalai, Tamil Nadu, who invented a solar-powered ironing cart to drastically cut pollution, is the youngest on the list.

Vidyut Mohan, co-founder and CEO of Takachar, which developed a machine that converts crop residues into sellable bio-products like fuel and fertilizer, is another finalist from India.

They are included in the Clean air category of the prize along with The Blue Map App from China, which is the first public environmental database, giving citizens the opportunity to use real-time data to advocate for change in their communities.

Bangladesh-based startup Solbazaar, which helps rural owners of home solar power systems trade their surplus electricity with their neighbours, has entered the final list of the prize in the Fix Our Climate category. Its managing director Sebastian Groh is on the final list along with AEM Electrolyser (Thailand/Germany/Italy) and Reeddi Capsules (Nigeria).

Fifteen finalists in five segments were announced on Friday (17). They also include a clean energy project in Nigeria, a food waste hub in Milan, Italy, a coral replacement scheme in the Bahamas and Costa Rica, which is pioneering a project to pay people to restore natural ecosystems.

According to a report, the cart that teenager Umashankar designed runs on five hours of sunshine and could transform a traditional trade in India.

There are currently around 10 million ironing carts in India running on charcoal, which burn constantly throughout the day, causing lung disease and high levels of pollution.

She developed an interest in science when she received an encyclopedia for her fifth birthday which has led to the invention, reported The Telegraph.

“As the youngest finalist, I want to inspire students around the world to take a keen interest in science to innovate products and solutions for protecting our air, water and land for people, animals and plants,” Umashankar told the newspaper.

“Our Earth needs best ‘shots’ to become cleaner and greener – you’re never too young to make a difference.”

Five overall winners will be announced at a ceremony in London on October 17 and each will receive £1 million to support their initiatives. Each of the finalists — chosen by experts from more than 750 nominations — will be given help from leading private sector businesses to develop their projects.

Prince William called those on the shortlist for the inaugural award “innovators, leaders and visionaries”.

“The ambition, quality and range of submissions has been amazing, and should fill us all with optimism and hope that our goals for this decisive decade are achievable,” William said.

“They are working with the urgency required in this decisive decade for life on Earth and will inspire all of us with their optimism in our ability to rise to the greatest challenges in human history.”

The Earthshot Prize, launched in October last year, was inspired by US president John F Kennedy’s “Moonshot” project in the 1960s to put a man on the moon.

Prince William added that he was also inspired by his father, Prince Charles, and late grandfather Prince Philip, the queen’s husband, who both argued for decades about the importance of conservation and the impact of climate change.

The awards ceremony will take place at the Alexandra Palace in London, with other famous landmarks across the UK’s capital city will also be part of the historic event.

Broadcast to a global audience, the awards ceremony will celebrate the global Finalists before awarding the first five winners of The Earthshot Prize.

Every year from 2021 until 2030, the Prize will find and reward solutions to the five ‘Earthshot’ goals, to protect and restore nature, revive our oceans, to clean our air, build a waste-free world and fix our climate.

According to a statement, across the decade-long lifespan of The Earthshot Prize, nine more international cities will be transformed into Earthshot venues, showcasing the worldwide impact of the Prize and profiling the incredible people working to repair the planet.