This is probably the first case of its kind in the world: Dr Rajagopalan Krishnan 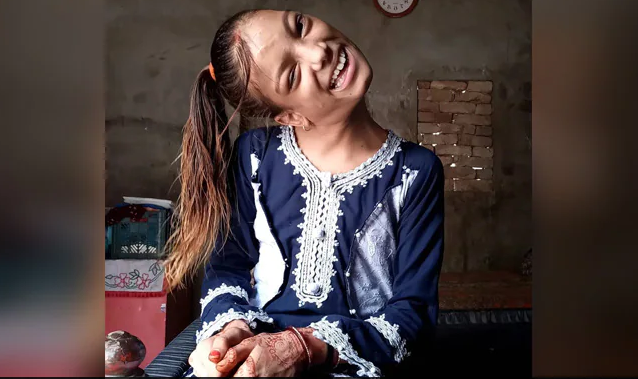 An Indian doctor successfully performed complicated surgeries to straighten a Pakistani teenage girl’s neck which had been bent 90 degrees, in “probably the first case of its kind in the world”.

Afsheen Gul, now 13, had fallen from her sister’s arm when she was aged 10 months in the Sindh province of Pakistan resulting in a rotation of the spine that caused neck impairment.

The youngest of seven siblings was taken to the doctor soon after but her condition deteriorated despite a local doctor giving her medicines and putting a belt around her neck for support.

As she was growing up, she could not walk or talk because of her condition and her mother had to help her “with everything”. She had to remain home at an age when had to go to school and play.

Her family consulted a prominent hospital in Karachi where experts said the girl had “50 per cent chances of survival” if surgeries were conducted on her.

Afsheen’s luck changed for better as Krishnan offered to treat her for free and operated on her bent neck.

The main surgery was conducted in February and her skull was attached to her spinal cord during a six-hour operation.

The doctor who now conducts weekly checks on her via Skype, told the BBC, “this is probably the first case of its kind in the world.”

Following the treatment, the girl can walk and talk although she cannot go to school right now.

Kumbar described Krishnan as “an angel” for saving his sister’s life.