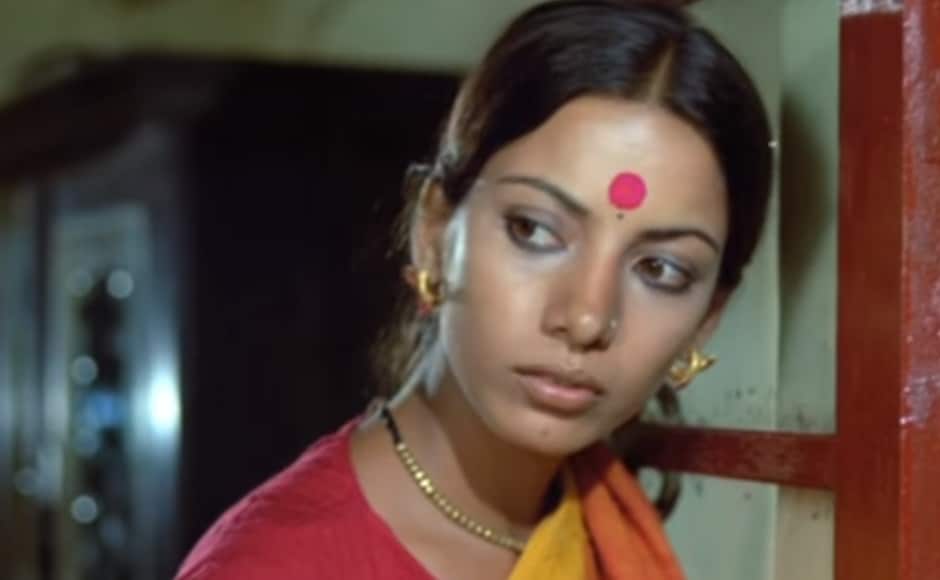 LEGENDARY Indian filmmaker Shyam Benegal turns a year older this month and celebrates his 87th birthday on December 14. The massively influential writer-director has had a remarkable career filled with award-winning films that have left a permanent mark on the cinematic landscape and introduced incredible new talent.

Eastern Eye decided to mark the occasion by preparing a watchlist of his top 10 films.

Ankur (1974): The ace filmmaker announced himself with the multi-award winning drama that received global acclaim and was India’s official entry for the Oscars in the Best Foreign Language Film category.

The story based on real events, revolves around a lower-caste couple, and skilfully tackles various social issues. It was interestingly the first film release of legendary actress Shabana Azmi.

Nishant (1975): One of India’s all-time greatest actors Naseeruddin Shah made his feature film debut in this powerful drama and is part of a great ensemble cast. The hard-hitting film focuses on the power of the rural elite and their sexual exploitation of women. The film, which is rooted in reality, won a National Film Award for Best Feature Film in Hindi and was nominated for a prestigious Palme d’Or at Cannes Film Festival.

Manthan (1976): The incredible writer-director delivered his third National Awardwinning film in three years with this social drama inspired by the pioneering milk cooperative movement. It revolves around a young veterinary doctor, who inspired poor villagers being exploited to take control of the dairy products they were selling, which leads to a huge national movement. It would be India’s submission for the Best Foreign Language Film category at the Oscars.

Bhumika (1977): Late great actress Smita Patil did some of her best work with the filmmaker and this was their finest collaboration together. The film is broadly based on the memoirs of Sangtye Aika, who was a well known Marathi stage and screen actress of the 1940s. It charts the life of a performer from a teenager with a troubled background to an emotionally scarred middle-aged woman. Bhumika won a Filmfare Best Film award and two National Awards, including Best Actress for Smita Patil.

Junoon (1978): The film based on Ruskin Bond’s fictional novella A Flight of Pigeons is an ambitious drama set around the Indian rebellion of 1857. Shashi Kapoor, who also produced Junoon, headed an impressive star cast in one of the best films ever made on a pivotal moment in Indian history. The beautifully shot multi-layered story won a National Film Award for Best Feature Film in Hindi and Filmfare awards for Best Film, and Best Director for Benegal.

Kalyug (1981): Benegal once again teamed up with producer-actor Shashi Kapoor for another multi-award-winning film that was universally praised. A modern-day interpretation of Indian epic Mahabharat, it revolves around the conflict between rival businesses. The complex contemporary version of a classic told the story of feuding families in a clever way and had camerawork that was universally appreciated. It would win a Filmfare Best Film award.

Arohan (1982): The ace filmmaker’s remarkable run at the prestigious National Film Awards continued with this story of a poor farmer from a remote village, who tries to fight for his rights. Actor Om Puri delivers a powerhouse performance that shone a light on an important social issue and connected with the oppressed in India. He would get a well-deserved National Award for Best Actor and Benegal took home another Best Film award.

Samar (1999): This cleverly crafted drama based on real events won a National Award for Best Feature Film. The story set in a village revolves around tensions that erupt when someone from the lower caste enters a temple, and things are further exacerbated when a film being made on the story upsets locals further. Like many of Benegal’s films, Samar was another depiction of real-life issues not often tackled in Indian cinema.

Zubeidaa (2001): One of the most commercial looking movies made by the art house director features arguably a career-best performance from Karisma Kapoor in the title role. This is yet another film that incredibly won a National Film Award for Best Feature Film in Hindi. It is the concluding chapter of a remarkable trilogy from Benegal that includes acclaimed films Mammo (1994) and Sardari Begum (1996), which are both worth finding. The story set across different time periods revolves around a son trying to find out what really happened to his mother, who died young.

Well Done Abba (2010): The simple film with a big giant beating heart is an incredibly original political satire, which won a National Film Award for Best Film on Other Social Issues. Boman Irani is spectacular in the role of twin brothers in an original story of everyday people in a drought-stricken village, who hatch a cunning plan to get their well and expose corruption robbing them of their rights.