The most famous Indian star you haven’t heard of 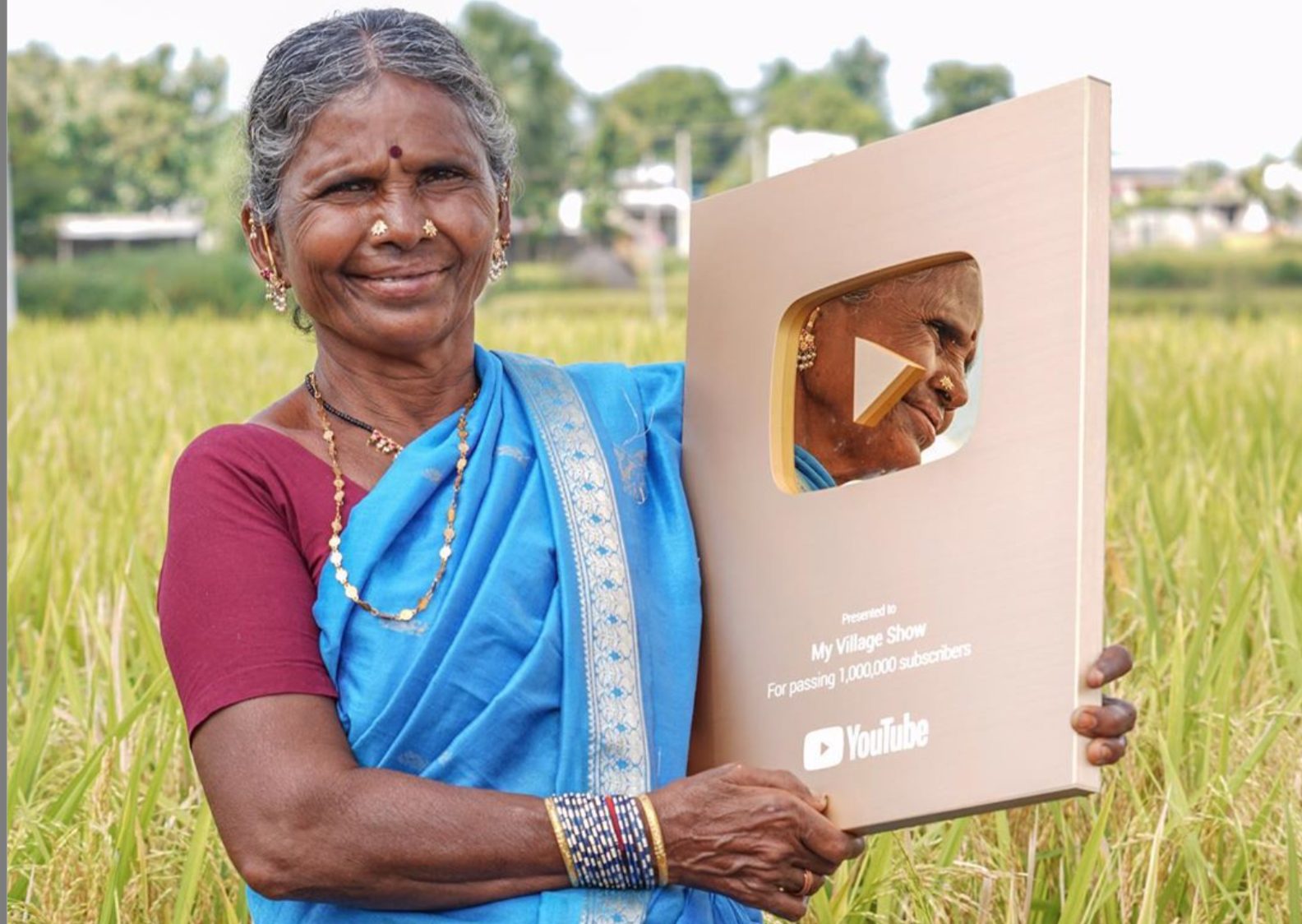 THE most famous acting star you have likely never heard of is an elderly Indian woman, who has quietly become a YouTube sensation in the past few years and garnered millions of views on the video-sharing platform.

Milkuri Gangavva has gone from a life of struggle that has included backbreaking farming work to playing the lead role in popular YouTube series My Village Show, and now, she has fans all over the world, despite not being able to read or write. 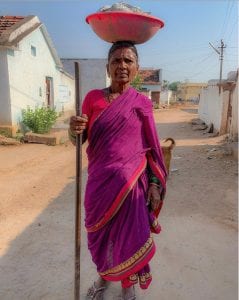 The overnight star from Lambadipally village in the Karimnagar district of India doesn’t know her real age, which is now thought to be in the early sixties. She has also acted in movies, appeared on TV and interviewed A-list movie stars thanks to the amazing YouTube success. The story of how she went from obscurity and an incredibly hard life to becoming famous is one of the most inspiring ones you are likely to encounter from an acting star.

Gangavva lost both parents early on and was married off as a child bride at a very young age, thought to be under 10-years-old, by her grandparents and by the time she was 26 years old had given birth to four children. She wasn’t given any type of education and was put to work at a very young age, ploughing the fields, cutting grass and even heavy lifting as a coolie to support her family.

At one stage, she had to roll up cigarettes to earn a little extra money to supplement her meagre income.

What made matters worse was an alcoholic and abusive husband, who passed away, and very little support from other family members.

The determined woman lived a life of extreme poverty and worked hard until young filmmaker Srikanth Sriram cast her in his Telugu language YouTube series My Village Show. The village set comedy has a colourful cast of characters played by real people, but the fiery Gangavva stood out and became the break out star in a series that raises awareness about various issues in a humorous way.

It wasn’t long before she went from being a bit-part player to becoming the centre of the action.

After being under the radar for a year the show went viral with the 2017 episode Village Internet Problems, which quickly gained millions of views. This triggered a wave of popularity, with subsequent short films in the series getting millions of views and a surge in subscribers.

Soon after, My Village Show channel received a Gold Play Button award from YouTube for crossing a million subscribers, which the sari clad star proudly posed with for media. The channel now has more than 1,500,000 subscribers and one episode about drunk driving has been viewed over 32 million times.

That YouTube success has led to her acting in films, including iSmart Shankar and Mallesham, appearing on prime time TV shows in India and being invited to high-profile live events. Gangavva was also given the opportunity to interview superstar actress Samantha Akkineni during the promotions of smash hit movie Oh Baby.

That interview between the loveable YouTube granny and the A-list Indian superstar has clocked up over five million YouTube views in total. Other film stars have sought her out and even senior politicians have become fans.

The videos are continuing to clock up millions of views and the heavy demand has led to them having English subtitles.

What makes her acting achievements all the more remarkable is that Gangavva can’t read or write so she either memorises the lines told to her verbally or has to improvise.

Gangavva has been able to clear off old debts and for the first time in her life is able to finally slow down from her backbreaking work.

The inspiring elder has become a hero in her local village and given hope to those living in extreme poverty in the rural areas of India.

Gangavva always puts out empowering quotes and one that sums her up came when an interviewer asked if she applies makeup before a shot, to which the fearless granny replied: “I never powder or lipstick, I look absolutely perfect without it, don’t I?”