The government will not survive, but you salaried people will pay for any step you take against us: Imran Khan warns bureaucrats, police 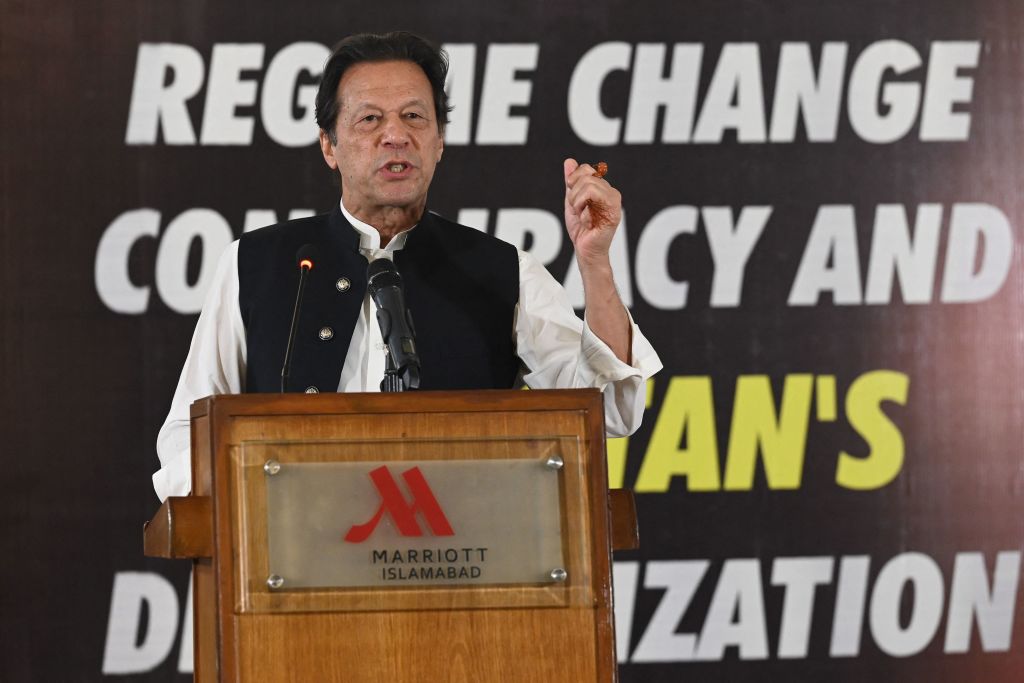 Former Pakistani Prime Minister and Pakistan Tehreek-i-Insaf (PTI) chairman Imran Khan on Tuesday asked the Punjab police and bureaucracy not to follow any illegal orders of the provincial government during the upcoming local elections.

Imran Khan claimed that despite the pressure from the International Monetary Fund (IMF), his government had not shifted the burden of global inflation to the people, Dawn newspaper reported. While speaking at a news conference and earlier chairing a party meeting, the former Prime Minister said it was becoming obvious that Hamza Shehbaz would not remain the Punjab Chief Minister for very long.

“As by-elections on 20 general seats of the Punjab Assembly are going to be held, I want to give a message to the police and bureaucracy in the province: what you are doing on the orders of the Sharif mafia and the way you treated people on May 25 [ahead of the PTI’s long march on Islamabad] is being recorded. This is an era of social media and everything is on record.

They (the government) will not survive, but you salaried people will pay for any step you take against us,” he said, addressing the police and bureaucracy, adding that they should think of their families and that he had a record of all activities of police officials.

Criticising the abysmal financial situation of Pakistan, Khan said that during the PTI regime also, the situation was difficult but still they did not pass the burden of global inflation to the masses despite IMF pressure, a weak economy and the Covid-19 pandemic, reported Dawn.

He warned that the country could suffer further if it continued to be ruled by “experienced thieves”.

Khan urged the masses to participate in an anti-inflation peaceful protest he had called on July 2 as it was for their future. The party meeting discussed arrangements for the protest and it is scheduled to take place at Islamabad’s Parade Ground.

Meanwhile, PTI Central Additional Secretary-General Omar Ayub Khan, while speaking at a press conference at the Khyber Pakhtunkhwa House, blamed the coalition government for taking the country to the verge of an economic collapse due to its allegedly flawed policies and a constant surge in petroleum product prices, consequently bringing the economic wheel to a grinding halt.