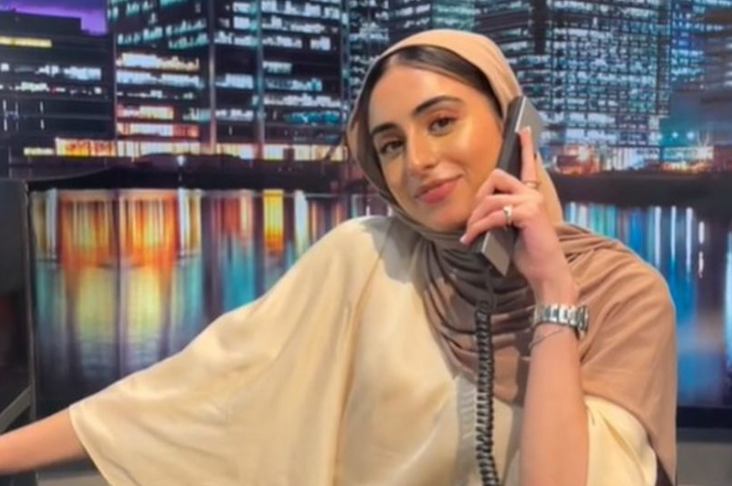 Khadeejah Khan, the new receptionist on The Apprentice (Image credit: TikTok)
Follow Us

The ‘hijabi receptionist’ of The Apprentice has drawn the attention of social media users as the latest series of the BBC’s iconic reality show has kicked off.

Khadeejah Khan is the new right-hand woman of the show host and ‘boss’ Alan Michael Sugar.

The Pakistani woman shared a video of herself answering the phone at the Apprentice desk.

She wrote alongside the video: “pov: you’re the hijabi receptionist on The Apprentice.”

“Lord Sugar is ready for you #theapprentice #theapprenticeuk #lordsugar #receptionist #hijabi #fyp #bbciplayer,” the caption of the video read.

Her TikTok clip has gone viral, viewed more than a million times. It garnered more than 170,000 likes with fans appreciating the first-ever receptionist wearing the hijab on the BBC series.

“I absolutely love to see the hijabi recognition. You are so great and should be so proud of yourself,” a TikTok user commented.

A social media user identified as Smile said: “All I could talk about last night watching was that “it’s a hijabi right you all saw that too!” Represent girl Mashallah.”

Nadz wrote: “The way we jumped and got excited to see a hijabi at the desk.”

Some social media users felt represented as she became a TV star.

Comment by @Jahnia read: “I’m black but I was happy to see representation.”

Mariya.kauther said: “Thank you for representing us hijabis!!!”

Nish_n_Nuzz wrote: “The shock on my face when I saw you! Represent!!!!”