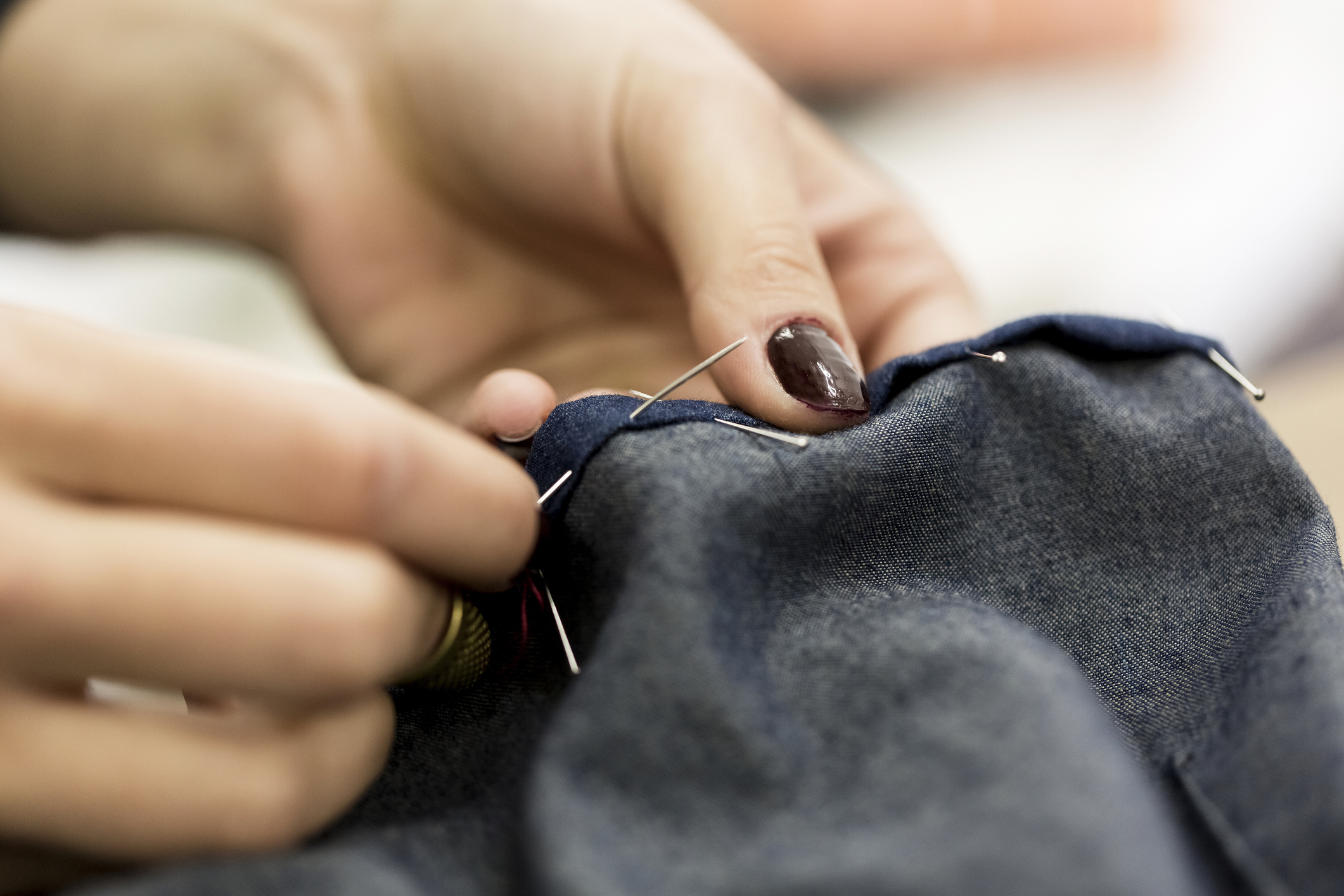 Earlier this summer Leicester and its thriving textiles industry found itself in the spotlight for all the wrong reasons.

As the government was starting to ease coronavirus lockdown measures, the city of around 355,000 people became a COVID-19 hotspot, prompting officials to reimpose the social distancing regime.

This in turn led to renewed allegations modern slavery is rampant in its textiles sector — and that it had continued to operate at full capacity during the pandemic, fuelling the local spread of the virus.

At an imposing, derelict-looking building in a district home to many fabrics factories, the sounds of sewing machines puncture the silence of the otherwise quiet street.

Outside, a handful of employees load dozens of boxes onto a truck.

Faded signs elsewhere in the neighbourhood highlight the presence of many other clothes-making hubs and the extent of the industry in parts of Leicester.

“Most factories in Leicester are small workshops, often housed in dilapidated buildings, with little investment in building safety and modern ventilation,” said a June report by pressure group Labour Behind the Label.

Some operators have even set up production in homes, as hinted at by one woman leaving a house carrying transparent bags packed with multicoloured fabrics, before a man loads them into a car.

Around 75-80 percent of the city’s textile production is intended for Boohoo, the British clothing group specialising in ephemeral and cheap “fast fashion”, according to Labour Behind the Label.

With the pandemic coinciding with the summer holidays, many companies are said to have now shuttered their operations.

But that appears to be a far cry from earlier in the lockdown, when there were reports of crowded workshops, despite the obvious health risks.

During the peak of the outbreak between March and May, “some workers tested positive for coronavirus and were told to still come to work with their colleagues,” Meg Lewis, the NGO’s campaign manager, told AFP.

However, public health bodies have said that no single source has been pinpointed as responsible for Leicester’s previously higher case numbers.

“The truth is there is no epidemiological evidence to suggest that the factories have been a major factor,” said local councillor Adam Clarke.

He cites the “nasty cocktail” of population density, poverty and the high proportion of ethnic minorities, who have been more impacted by COVID-19, as likely behind the city’s virus woes.

Investigations by Labour Behind the Label and several British media outlets found textile workers in Leicester could be earning as little as £2 ($2.63, 2.20 euros) an hour — well below Britain’s hourly minimum wage of £8.72.

Boohoo has said it is “horrified” at the accusations and promised an investigation.

This falls short of the demands of Lewis and her NGO, which wants the group to address its commercial practices.

Some dresses are sold for less than £4.50 on its website.

Meanwhile, publicly discussing wages with workers appears taboo, amid fears over the ramifications for their insecure jobs.

“No English”, said one young woman, of Asian descent, before quickly walking away.

“I can’t discuss (it),” replied another young man when asked about the allegations of illegally low pay.

“£10 (an) hour,” he added, after a brief exchange with a colleague in a foreign language.

– ‘Easy targets’ –
However, it is common to find textile jobs in Leicester that pay £3-4 hourly, according to an Uber driver and former clothing company manager who said he quit the role over the issue.

“Now, (it’s) all illegals,” he added of the workforce of around 30 employees in his former company, noting they came predominantly from India and Bangladesh.

Vulnerable populations coming from such places and lacking legal protections are “easy targets” for rogue textiles bosses in search of cheap labour, according to Lewis.

It is difficult to gauge the exact number of victims of this form of modern slavery.

In mid-July, a local lawmaker from the ruling Conservatives said that up to 10,000 people — practically all workers in the sector — could be impacted.

Responsibility for enforcing workplace rules in Britain rests with the Health and Safety Executive, which said it had carried out 51 inspections in Leicester between May 1 and June 20.

“During this period we have not found any cases where the situation was so bad that it would justify taking a prosecution,” it said in a statement.