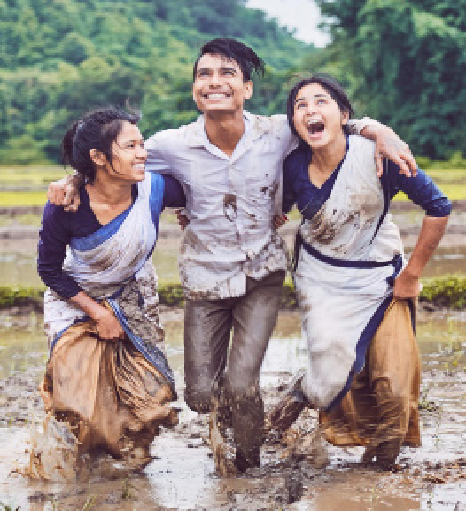 The biggest cinematic feast will be on offer at the 10th edition of the London Indian Film Festival this month.

The annual festival, which takes place in London, Manchester and Birmingham, has a stunning mix of genres, languages, premieres and special guests. Eastern Eye looked ahead to the annual festival to select 10 highlights.

Article 15: The opening night film is the world premiere of a hard-hitting drama starring Ayushmann Khurrana. The story revolves around a police officer from a privileged background posted to rural India, where he investigates the case of three missing teenage girls and battles a corrupt system.

Bulbul Can Sing: The latest film from Village Rockstars-director Rima Das has won prestigious awards at global film festivals. The coming-of-age story revolves around three teenagers in Assam who have their bonds as loyal friends tested, including an independent young girl who must weather a tragedy.

Photograph: The closing night film of the London edition of the festival is a simple love story between a humble street photographer and an attractive wealthy woman. The latest film from acclaimed The Lunchbox-director Ritesh Batra stars Nawazuddin Siddiqui and Sanya Malhotra.

Ardass Karaan: The world premiere of the Punjabi film revolves around three elderly men living in Canada struggling to cope with the generational divide in their families, who get help from an unlikely source. There will be a chance to see the famous lead star and director Gippy Grewal being interviewed live after the film.

Jalsaghar (The Music Room): There are world premieres at the festival of new films, but also a chance to see this classic 1958 drama from ace director Satyajit Ray. A movie once voted as one of the greatest of all time revolves around a former star desperately trying to cling onto a fading way of life and his obsession for music.

An Evening with Radhika Apte: There will be a number of high-profile live talks from people within the film fraternity throughout the festival, including at screenings. Perhaps the most interesting is a live interview with acclaimed actress Radhika Apte, who has made a name for herself in diverse movies and popular dramas on streaming site Netflix.

Saturday Afternoon: The latest film from acclaimed Bangladeshi filmmaker
Mostofa Sarwar Farooki is a tense thriller shot in a single take, which revolves around terrorists taking over an eatery in Dhaka. The film based on real-life events boasts an impressive cast and takes a close look at the roots of modern-day terrorism.

Shonajhurir Bhoot (Ghost of the Golden Groves): The International premiere of a Bengali language sci-fi film that has been described as breathtakingly original. There are two seemingly unconnected stories of individuals who must deal with an eerie presence in a treacherous forest. The film blends a number of classical and contemporary influences.

Too Desi Too Queer: There is a special free event exploring wellbeing in London’s South Asian LGBTQ+ communities through a dynamic range of short films from the UK and South Asia. This will be followed by a panel debate with high-profile people and a networking social with a DJ.

Widow of Silence: The UK premiere of the Urdu language drama that has delighted audiences at international film festivals. The Kashmir-set story revolves around a single nurse who works hard in a hospital to support her family and trying to get a death certificate for her husband, who had been taken away by the police and presumed dead.