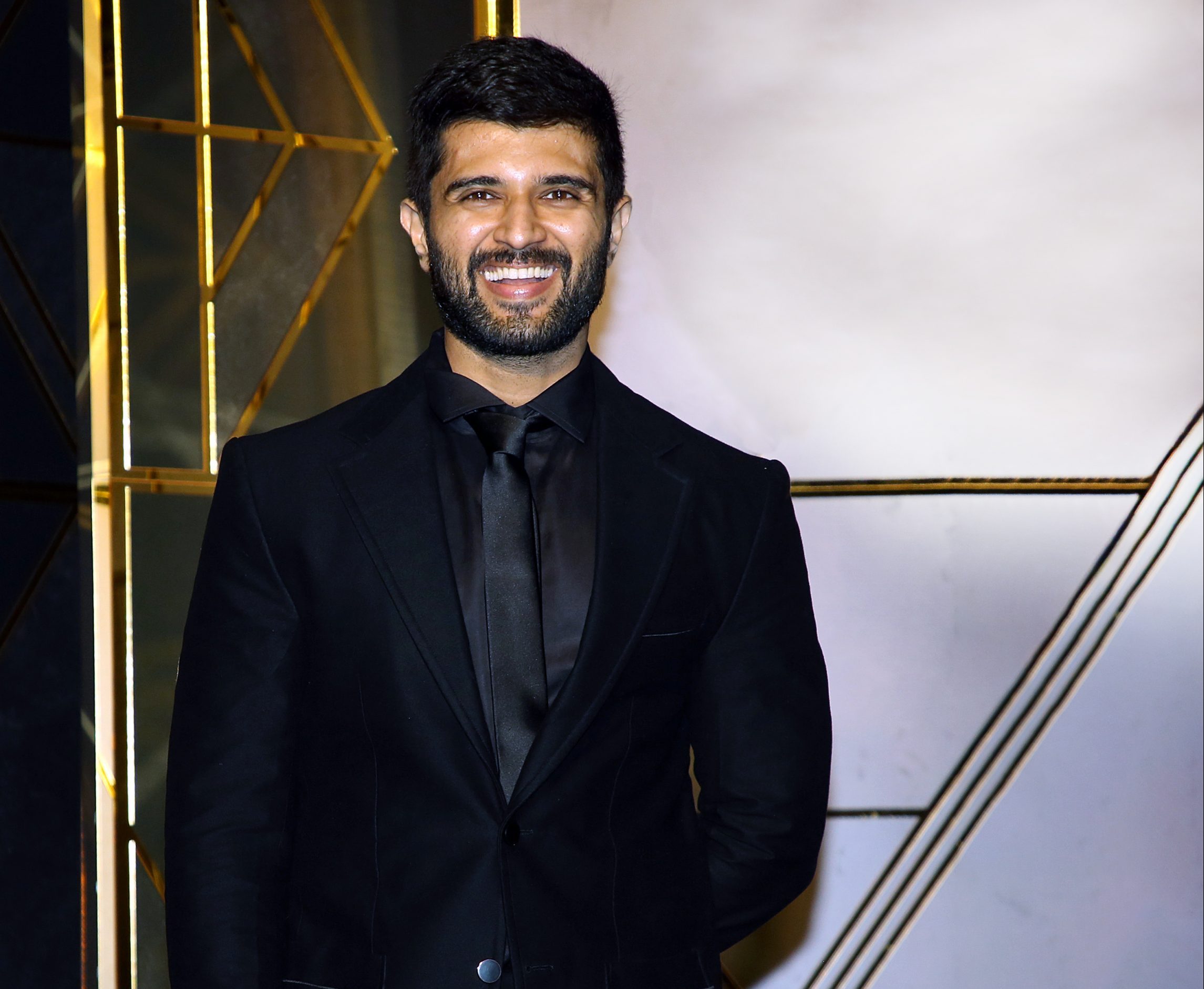 He turned down the chance to headline its super successful Hindi remake Kabir Singh (2019) and put together an impressive list of blockbuster successes in his native language. The dashing actor will finally make his hotly anticipated Bollywood entry with new action-drama Liger.

The Puri Jagannadh directed film, shot simultaneously in Hindi and Telugu, sees him play an MMA fighter with a stutter. He transformed himself for the fearsome role opposite actress Ananya Panday.

Known for his explosive performances, unique fashion choices, and abundant sex appeal, the 33-year-old is looking to step up a gear with this action entertainer. He sat down with Eastern Eye to discuss Liger, training hard for it, and what draws him towards flawed characters.

He also spoke about working with boxing champion Mike Tyson in the film, his huge popularity among women, incredible Indian Idol gesture, and those who have played an important part in his life.

After delivering some blockbusters down south, you set your foot in Bollywood with Liger. How excited are you?
I’m extremely excited. It’s a blessing and a huge opportunity to be able to make a pan-India film and reach such a wide audience. To interact with people from all across the country, while promoting the film and tell them your story. I love big auditoriums. I love performing in front of big crowds, and there is no bigger auditorium than India, you know.

Tell us a little bit about your character?
So, as you must have seen in the trailer, Liger revolves around boxing. I play a guy who stammers. The film basically focuses on his journey; of how a boy from the lanes of Mumbai becomes an MMA fighter.

What gravitated you towards choosing this part?
Every scene is a high in the film. When I heard the name of the film and read the story, I was like, ‘I want to play this guy. I want this story to be told through me’. Every scene has been written brilliantly. The character was so much fun to play. It’s a visual spectacle. Everything kind of fell into place.

How did you prep for your part in the film and what challenges did you face?
There was this challenge of pulling off a stammer and physically transforming myself. When I read the script, I visualised how should Liger look. I didn’t look like him at all. So, I had to transform my body completely to look a certain way. I had to do one and a half years of intense physical training to get into that shape.

And what about learning how to stammer?
What makes the character of Liger even more interesting for me was the stammer that he has. When I heard the script, I thought that was one of the most interesting aspects of it. I had no idea how I would pull it off, but I wanted to do this film. It was tough because even if I am angry, I need to communicate that anger properly and with a stammer and, at the same time, make sure that it does not come in between emotions. To be able to emote and say all sorts of dialogues with a stammer was really challenging, yet fun for me to do.

Tell us about the martial arts training you did to prepare for your role?
I had to train really hard. I went to Thailand and spent a couple of weeks at a bootcamp. After returning from Thailand, as I told you earlier also, I did one and a half years of intense weight training and learned fighting. You will see there is a very high standard of action in this film. Our fight choreographer is from Thailand, and he likes to choreograph his action as if it’s some dance form. He used to make me do eight to nine sequences in one go before saying ‘cut’. There is a lot of action in the film, so I had to train well in advance.

You seem very calm and composed in real life, but are playing an action-oriented role in the movie Liger. How difficult is it to play someone who is diametrically opposite to your personality?
If someone makes a film based on how I am in real life, the audience will sleep in theatres (laughs). I speak in such a slow, soft drawl with a shy smile that they will definitely fall asleep. They go to theatres to watch a hero on screen.

How was it to work with Mike Tyson?
What can I say about him? I mean, he is a legend, and it was amazing working with him. You get to learn so much when you work with someone like him. Ananya (Panday) and I had a gala time working with Mike.

I watched some of your popular Telugu films during lockdown and realised that you are quite fascinated by anti-hero roles…
I like flawed characters. I won’t say they are anti-heroes; they all were good guys. We are all flawed in some way or the other. I think I am a very flawed person myself. I like flawed, real characters that feel real and have that vulnerability, and characters that are insecure but have their own strengths.

How proud do you feel that your first Bollywood film is yet to release but you have already been declared a superstar, with fans going crazy?
I feel very blessed that I am getting this sort of love. Recently, I visited a mall in Mumbai and my mother saw the footage on TV or social media. She called me in the evening and was crying. She said, ‘Vijay, what’s this turnout and why are people coming and giving so much love?’ I still haven’t exactly grasped what’s happening. Maybe, one year later when I sit and look back, I will understand what exactly happened.

You have been promoting your film across Indian states. How has the experience been so far?
I feel people from Bihar are very interesting. They are my type of people. Gujaratis are very sweet. Even their food is very sweet, you know. The press has been welcoming everywhere we went. It’s been a great experience.

You have also been getting a lot of female attention. Have you been so popular among girls since college or is this all very new for you?
I was very scared of girls in college. Most boys are scared of girls while they are growing up. I basically grew up in a boys’ hostel. I was six when I was put in a boarding school. I was 16 when I came back to Hyderabad, and it was the first time I was interacting with girls. I wouldn’t be able to look into their eyes. Girls were very disappointed with me because some of them would share their contact numbers, but I would never call them.

So, when did you realise you were hugely popular among girls?
I started to feel the attention and love a couple of years ago. There is no exact moment as such. People around me told me, ‘women love you a lot. They come to your movies a lot’. I would go to events and see a lot of women turn up. Slowly, I understood there is some sort of connect they feel with me. Once I met an astrologer who told me that my Mars and Venus are positioned in such a house that women would always play a big role in my life (laughs).

There were reports of you signing Indian Idol 12 contestant Shanmukha Priya for a song in Liger. Tell us something about that?
Yes, she has sung the Tamil and Telugu version of a song in this film. So, one day I got a call from Sony (Entertainment Television). They said, ‘there is this singer who is a huge fan of yours’. I was shooting back then so I was not following the show but told them I would immediately send her a message because, if I am not wrong, it was the show’s finale week.
Today, I am in a position where I can do something special for people, so asked her if she would like to sing a song in my film, and she said ‘yes’. But I saw her videos first to make sure she sang well, and she did. So, I told my producers about her and said, ‘let’s get her to sing a song in the film’.

Is there a plan to do more Hindi films in the future?
It was a dream to make a pan-India film. Now, the dream is to make more pan-India films (laughs). Having said that, if the audience wants to watch it, only then can I make it. If they want to watch more of me, whatever movies I make hereon, I will make for the whole of India.

Liger is in cinemas now