Tell It Like A Woman: Jacqueline Fernandez drops first poster of her Hollywood film; set to feature alongside six international actresses

The feature-length film is directed by eight female directors and is divided into seven distinct segments having unique titles. 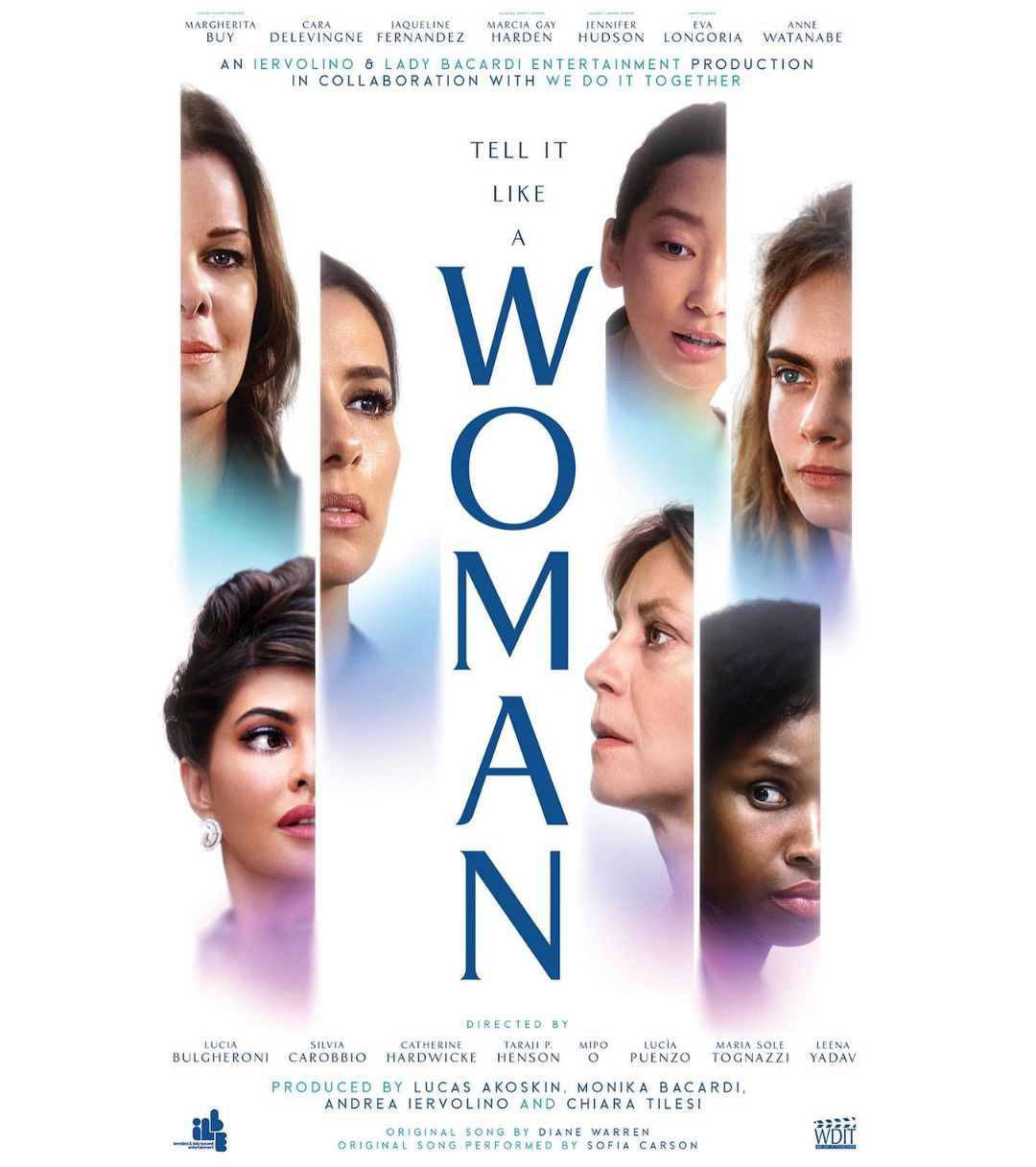 Bollywood diva Jacqueline Fernandez has shared the first poster of her latest Hollywood film, Tell It Like a Woman.

“So proud to be part of this extraordinary effort by the entire team of Tell it like a Woman. An anthology directed by 8 Female directors from different parts of the world… Thank you for making me a part of this really special journey. And thank you so much to my producers… who are the engine behind this incredible film! Can’t wait for you all to see it,” captioned Jacqueline on Instagram.

Tell It Like A Woman consists of an ensemble cast of Margherita Buy, Eva Longoria, Cara Delevingne, Anne Watanabe, Jennifer Hudson, Marcia Gay Harden, and our very own Bollywood celeb, Jacqueline Fernandez to name a few. The feature-length film is directed by “eight” female directors and is divided into seven distinct segments having unique titles, reported Deadline.

According to one of the producers, Andrea Iervolino, Tell It Like A Woman is a “uniquely female film” which conveys the message of ‘strength and empowerment”.

“Tell It Like A Woman is a uniquely female film meant to convey a message of strength and empowerment through its storytelling. We are honoured to have so many accomplished women collaborate and share their creative talents in a galvanizing effort for a big-screen experience,” expressed Iervolino, as reported by Deadline.

Singer Diane Warren, who has 13 Oscar nominations to her name has also written the film’s original song, ‘Applause’. Tell It Like A Woman has premiered in Italy’s Taormina Film Festival and is reportedly slated to release in the theatres this year in winter.

Talking about Jacqueline, she was last seen in Attack- Part 1 with John Abraham and Rakul Preet Singh and she will be next seen in Kichcha Sudeep’s ‘Vikrant Rona’ which is slated to release on July 28, 2022.

Apart from that, Jacqueline has Ram Setu opposite Akshay Kumar in her kitty which will release on the occasion of Diwali this year. She will also star in Rohit Shetty’s Cirkus with Ranveer Singh and Pooja Hegde which is going to hit the theatres on the occasion of Christmas 2022.