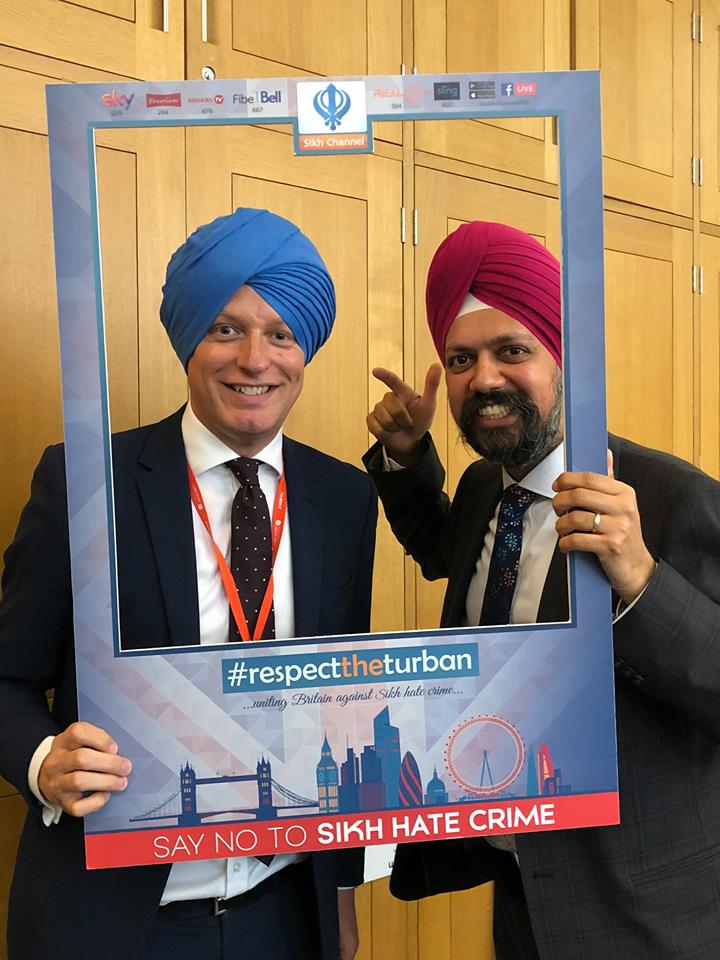 LABOUR MP Tan Dhesi prompted unprecedented applause in the Commons this afternoon (4) as he challenged prime minister Boris Johnson over the use of his language describing women wearing veils as looking like letterboxes.

Dhesi, a turban wearing Sikh who represents Slough, said: “If I wear a turban… does that mean that is is open season for right honourable members of this House to make derogatory and divisive remarks about our appearance?

“For those of us, who from a young age, have had to endure and face up to being called names such as ‘towel head’ or ‘Taliban’ or ‘coming from Bongo Bongo land’ we can appreciate fully well the hurt and pain felt by already vulnerable Muslim women when they are described as looking like bank robbers and letterboxes.

“So, rather than hide behind sham and whitewash investigations when will the prime minister finally apologise for his derogatory and racist remarks ?

“Racist remarks which have led to a spike in hate crimes.

“And given the increasing prevalence of such incidents within his party, when will the prime minister finally order an inquiry into Islamophobia within the Conservative party, something which he and his chancellor promised on national television?”

The opposition benches broke into applause twice during Dhesi’s question as senior cabinet members and Tory MPs watched on.

It was in August 2018 that Johnson wrote about veils in his column for The Daily Telegraph.

He said: “If you tell me that the burka is oppressive, then I am with you. If you say that it is weird and bullying to expect women to cover their faces, then I totally agree – and I would add that I can find no scriptural authority for the practice in the Koran. I would go further and say that it is absolutely ridiculous that people should choose to go around looking like letter boxes.”

And he added: “If a constituent came to my MP’s surgery with her face obscured, I should feel fully entitled – like Jack Straw – to ask her to remove it so that I could talk to her properly. If a female student turned up at school or at a university lecture looking like a bank robber then ditto.”

Johnson’s views sparked outrage among members of his own party as well as Opposition MPs and community leaders.

During this summer’s Tory leadership debate on TV, Sajid Javid – who was in the race to be prime minister – agreed to set up an investigation into Islamophobia within the party, and got agreement from other contenders, among them, Johnson.

Replying to Dhesi today, the prime minister said noted his ancestors were Muslims (Johnson’s forebears were of Turkish descent) and also pointed – rather awkwardly – to his ties with the Sikh community. Johnson’s estranged wife Marina is of Sikh origin.

He added: “I am also proud to say that under this government we have the most diverse cabinet in the history of this country.”

Johnson’s cabinet includes Javid, who is his chancellor and who has previously said politicians should choose their language carefully. Javid is the son of Pakistani immigrants and he has spoken of being growing up in parts of England where immigrants faced hate crimes.

Dhesi later told the BBC: “The prime minister’s response was pathetic. He needs to be held to account. Having relatives who are Sikh or Muslim does not mean you can make statements such as these without being responsible for the consequences.”