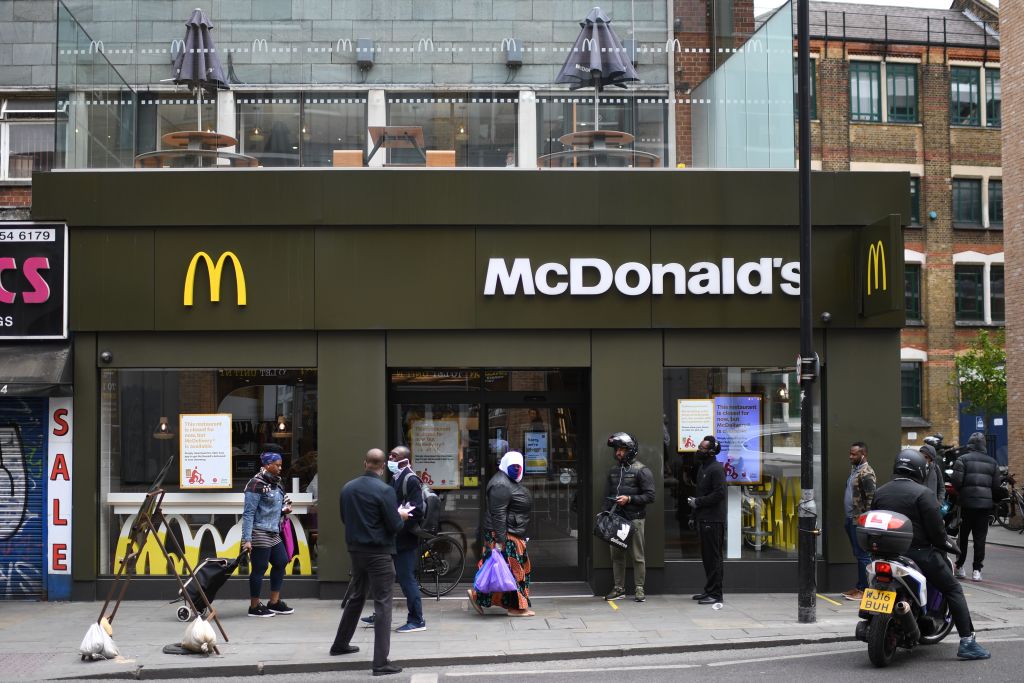 FILE PHOTO: Delivery riders queue up outside a McDonald’s restaurant in east London on May 13, 2020. (Photo by DANIEL LEAL-OLIVAS/AFP via Getty Images)

McDonald’s has stopped selling milkshakes and bottled drinks in most UK regions due to supply chain problems, the US fast-food giant has said.

The company in a statement said that “like most retailers, we are currently experiencing some supply chain issues” and “bottled drinks and milkshakes are temporarily unavailable” at branches in England, Scotland and Wales.

A spokesperson said the company was working to resolve the problem “as soon as possible”.

The statement came after South African chain Nando’s last week said it was unable to source enough chicken and had to close around 50 restaurants in the UK, blaming lack of staff at suppliers and reduced number of lorry drivers.

Covid outbreaks and isolation rules for possible contacts have caused employee shortages at some food producers while staff and lorry driver shortages are also linked to Brexit with fewer EU nationals now available to work.

Another fast-food chicken chain, KFC, tweeted on August 11 that customers would find some items unavailable and different packaging than usual due to “disruption”.