Sukanya the opera set for London return next year 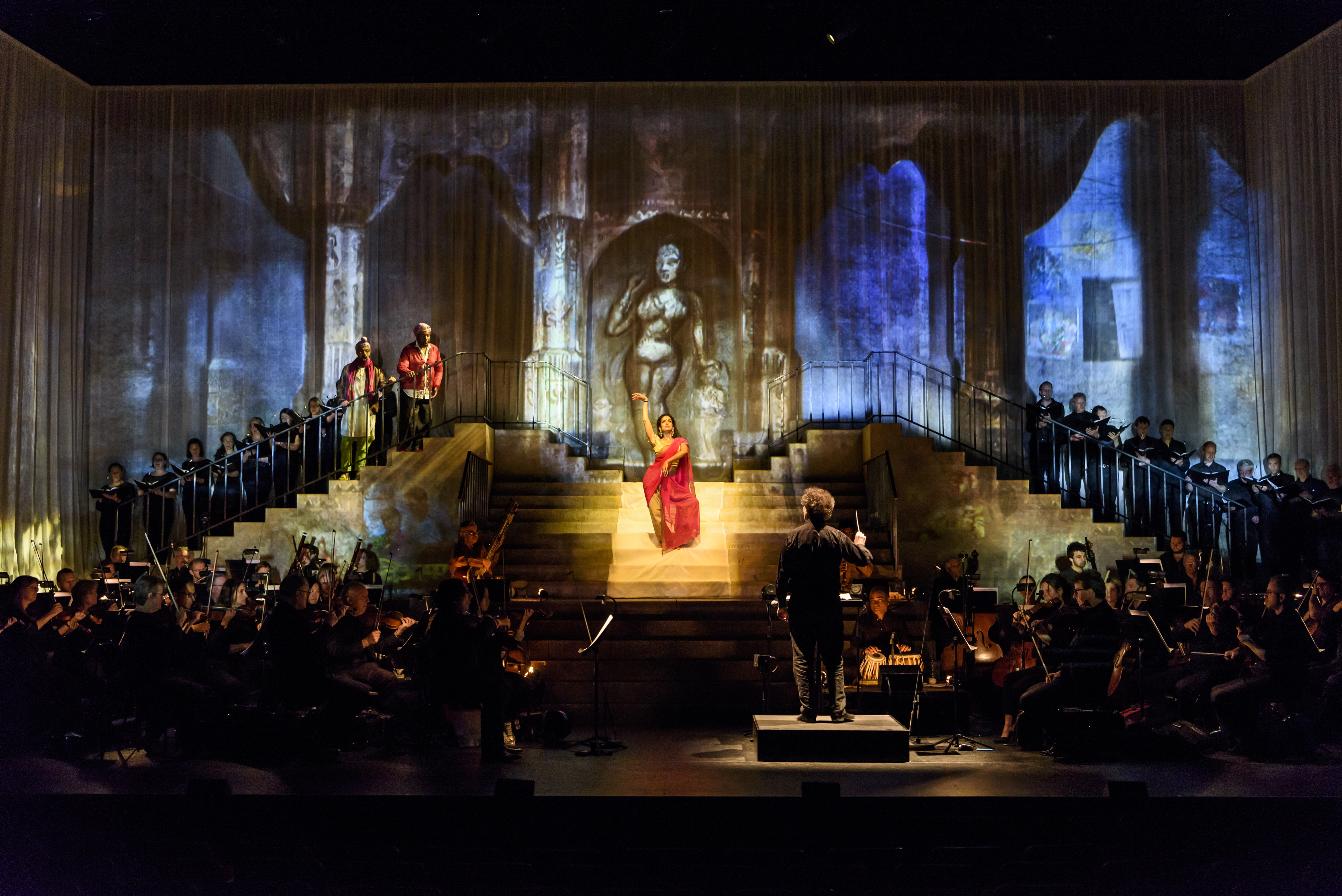 A scene from Sukanya, which will be returning to the Southbank Centre next month

SUKANYA, the first and only opera from sitar maestro Pandit Ravi Shankar, will be performed at London’s Southbank Centre next month to celebrate the birth centenary of the legend.

Shankar, who famously worked closely with the Beatles’ George Harrison, has been widely credited for bringing Indian classical music to the Western world. The musician worked on Sukanya, described as a “love letter” to his wife, up until the final days of his life. He died in 2012 before he was able to finish it. Thereafter, his close friend David Murphy and daughter Anoushka Shankar helped to complete the opera.

Next month’s production, by the London Philharmonic Orchestra, also features a libretto by Amit Chaudhuri, taken from Sanskrit texts of the epic Mahabharata.

Director Suba Das, who worked on the opera when it debuted in 2017, is returning to direct the piece for the second time. He paid tribute to Shankar, describing him as a “trailblazer”, and saying the Indian was one of the first musicians to create a blend of diverse sounds and genres.

“Fusion is such an overused word now – it is a genre used by everyone from Madonna to Britney Spears,” Das told Eastern Eye. “But there is this idea that there is a larger pallet and vocabulary for all of us to draw upon, which is due to Ravi Shankar’s impact.”

Admitting he felt honoured to be involved in the project to celebrate Shankar’s centenary, Das revealed that the musician’s work held its own personal meaning for him. Das’s father was a big fan of Shankar’s music and growing up in northeast England, Das recalled listening to Shankar’s music on a record player.

Das’s father arrived in the UK from India in the 1970s, and began working at a restaurant in an attempt to build a better life for his family. His son said he saw similarities between the journeys made by both Shankar and his father, who died when the director was just 10 years old.

“Ravi [Shankar] made this really epic journey culturally from India across the world to seek out new possibilities and new opportunities to bring people together. My dad, in a slightly different key, did exactly the same thing as that entire generation,” Das said.

He explained that while audiences may expect a traditional Indian classical performance, Sukanya would, in fact, be more cinematic in theme and feel more like a “thrilling action movie”.

“It has a really rich, extraordinary, unusual and unexpected score which takes the listener and the mind to a million and one places,” Das said. The opera will also feature “astonishing” choreography which, Das stressed, was vital to the performance. In Indian culture, he explained, music and movement were so closely linked that the majority of the classical repertoire was created as a context for dance.

“It felt like if we were going to put this show on, we had to honour that,” Das said. “From day one, we wanted to ensure that there was dazzling choreography embedded and running all the way through it.”

Asked if he believed Shankar would be proud of the opera, Das said he was encouraged by the family’s reaction to the final piece. Wife Sukanya, Anoushka and Murphy all agreed Shankar would have loved the project. During the opening night in 2017, Das recalled the 3,000-strong audience rising for a standing ovation for more than 10 minutes. That meant a lot to him, he said.

“For them all to have said to me through this process that (Ravi) would have loved it… that is mind blowing,” Das said.