Starmer bullish about Labour’s chances in Batley and Spen byelection 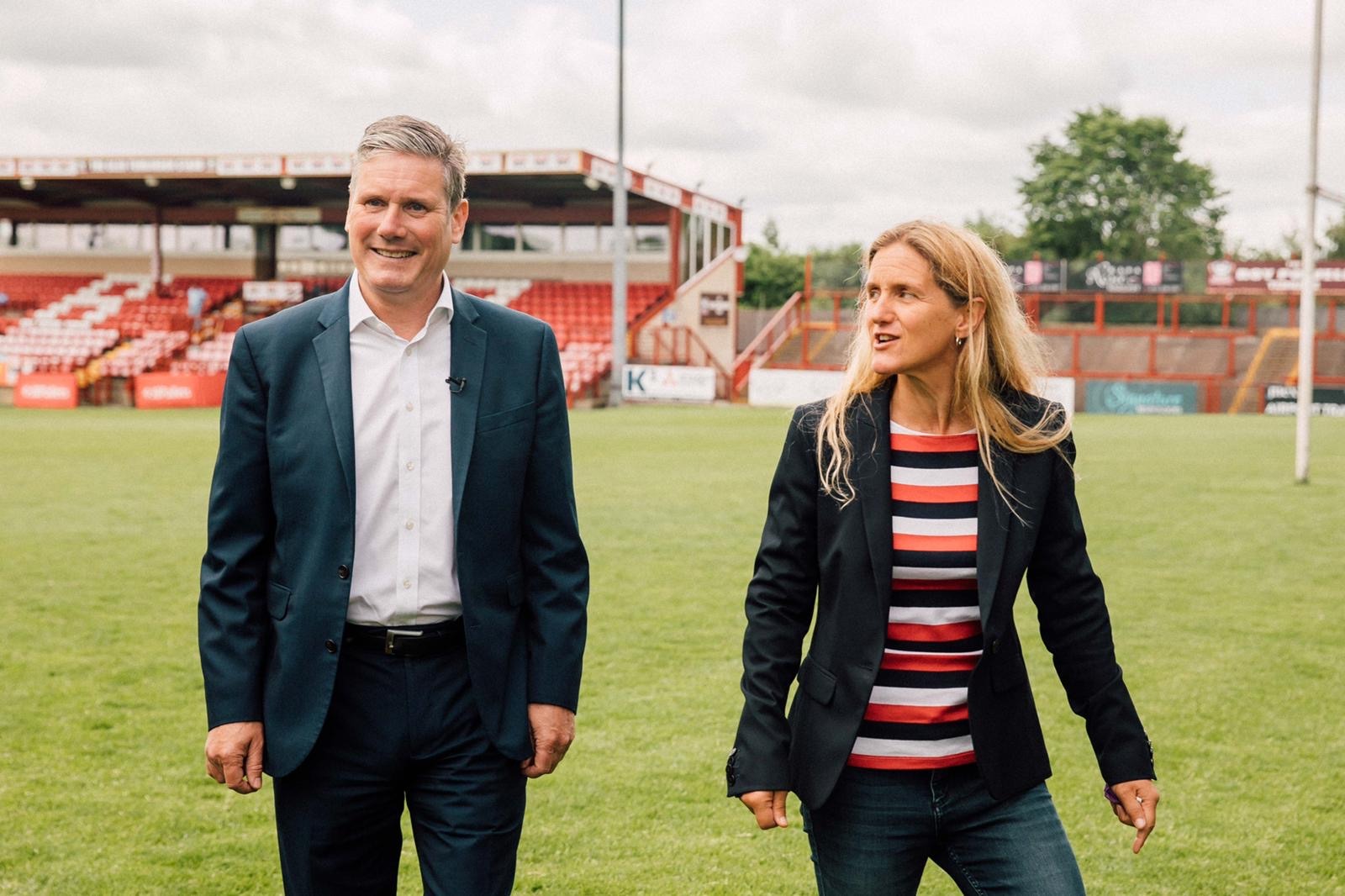 Sir Keir Starmer has brushed off suggestions that he could be out of a job by Christmas.

In Batley at the Bulldogs’ rugby ground to support Kim Leadbeater in the looming July 1 byelection, he said the focus should be on local issues and local people.

And in an oblique reference to George Galloway, who wants to take votes from Labour in a bid to damage Sir Keir, he said the “circus” surrounding the scrabble for votes was “disrespectful” to the community of Batley and Spen.

In his first visit to the constituency since Leadbeater was selected as the Labour candidate, Sir Keir would have found it hard to ignore the placards and posters advertising Galloway.

And with Galloway’s overt message – that he wanted to see Labour lose the by election to see – ringing in his ears, does he consider the byelection to be his biggest challenge to date?

What’s more, if Labour loses, will he face a leadership challenge that could see him ditched by the end of the year?

Sir Keir said: “This by-election is not about me.

“I don’t have any sympathy for any candidate who’s trying to make this byelection about themselves, about me or about anything other than the people of Batley and Spen.

“And it tells you everything about some of these candidates; that that’s their argument.”

He suggested that the lack of what he called “a bold, powerful case” for the area from many of the other 15 candidates showed they were not serious contenders.

“Once the circus of the byelection is gone – and the cameras and microphones have gone – all those other candidates will be gone. Kim will still be here fighting for her community.

“She’s the only candidate who actually wants to represent Batley and Spen because she wants to do the best by those communities.

Asked directly if the circus atmosphere made George Galloway “the clown”, Sir Keir said he was focused on the positive campaign being run by Leadbeater.

“Being an MP is an incredible privilege. Your first duty is to stick up for your constituents and communities, you need to know those communities and you need to care.

“It’s about the people of Batley and Spen and whether they get a fantastic MP who’s going to stick up for them – here, in parliament and anywhere they need a champion.

“All the others – anybody else who’s making an argument about me or national issues – are being pretty disrespectful to the people of Batley and Spen.”

Asked if she was feeling undue pressure in trying to avoid a repeat of Labour’s humiliating by-election defeat in Hartlepool and what that could mean for the party and Sir Keir, Ms Leadbeater said she was trying to put it out of her mind.

“If I start to think too much about the bigger picture I’m not sure how healthy that would be for me.

“It’s really important that I stay focused on the job that I’ve got to do for the next three weeks. We’ve seen 16 candidates put themselves forward for selection and I am the only one that lives in Batley and Spen.

“Lots of other people are going to make this by-election about lots of other issues. There is one very clear message for me and that’s what is best for the people of this area.

“In my view that’s being represented by somebody who has lived here all their life and cares deeply about the future of Batley and Spen.”

Referring to Kirklees’ high Covid-19 infection rates Sir Keir said he did not agree with what some have suggested could be the threat of lockdown 3.0 for the borough.

Instead he challenged the government to bolster its border policy.

“People have been let down by the government.

“The Delta variant got in because we didn’t have a strong enough border policy. There were delays in shutting down the border, particularly in relation to India, for reasons in relation to the prime minister’s proposed trip there.

“But, more generally, we haven’t had a robust border policy pretty well throughout the pandemic. It’s people in Kirklees who are now paying the price for that.

“I don’t want to see people in Kirklees go through more agony of local lockdowns because the government’s got this wrong.

“I call on the government, even at this late stage, to take more robust measures and to level with the people of Kirklees. They bear responsibility for what’s happening here and if we can’t fully unlock on June 21.

“There’s going to be one reason for that: the government left the back door open.”