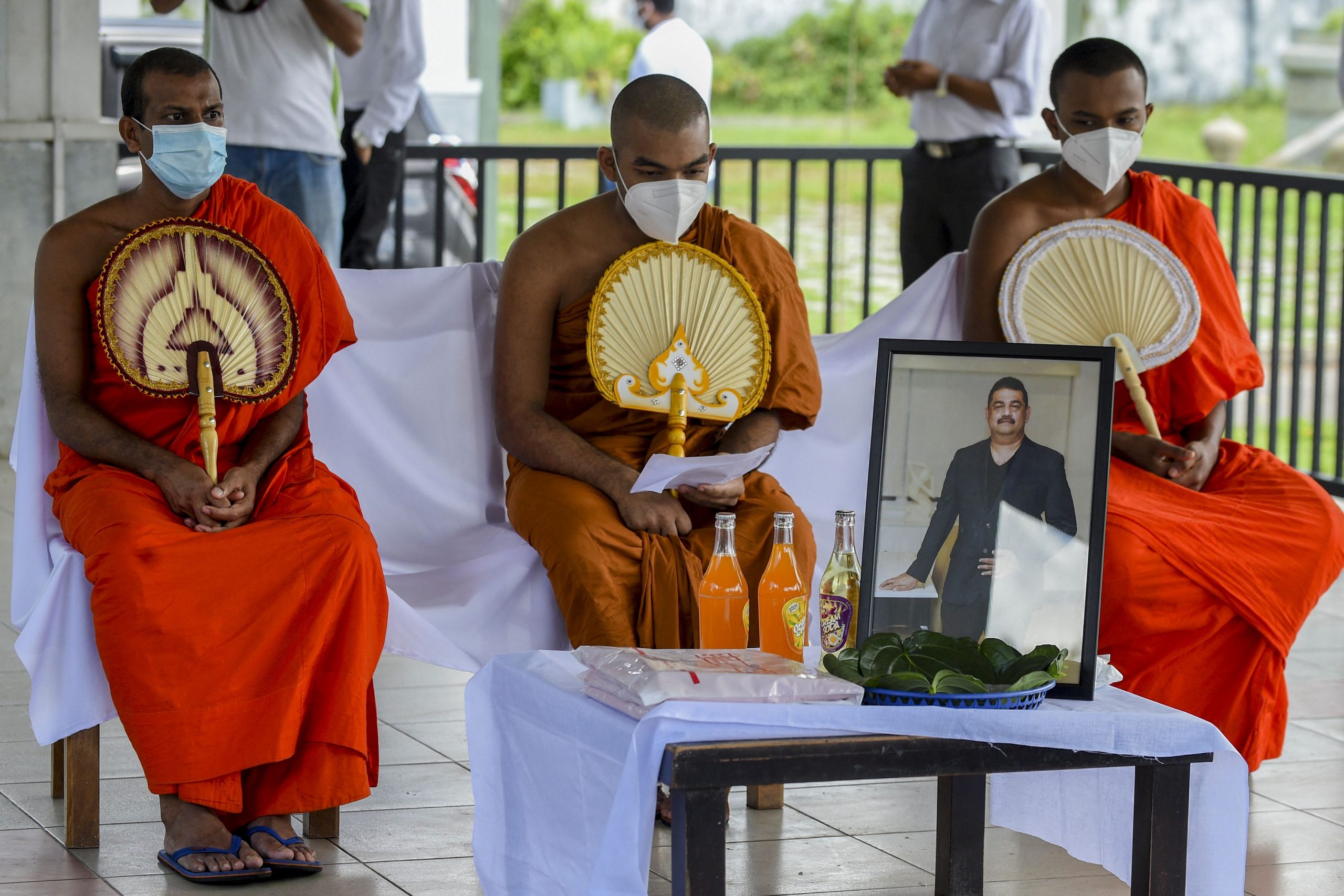 A high-profile shaman who tried to end Sri Lanka’s Covid-19 outbreak with “blessed” water has died of the virus, his family said on Thursday (23).

Eliyantha White, 48, who treated sports stars and top politicians including the country’s prime minister, claimed in November he could end the pandemic in Sri Lanka and neighbouring India by pouring pots of his “blessed” water into rivers.

Health minister Pavithra Wanniarachchi endorsed the water treatment, but was infected two months later and ended up in a hospital intensive care unit.

She was later demoted, and lost her portfolio, but remains in the cabinet.

In a 2010 interview with AFP, White claimed he had “special powers” since the age of 12.

He has since treated other Indian cricket stars, including Gautam Gambhir and Ashish Nehra.

White’s family said he had refused the Covid-19 vaccine.

His body was cremated at Colombo’s main cemetery on Thursday in line with quarantine regulations.

Prime minister Mahinda Rajapaksa, who was among politicians to have consulted White, said on Twitter: “His legacy will continue to live through all the lives, he touched and healed of various ailments.”

But mainstream doctors described White as a fraud and Ayurveda physicians rejected his claims — even though the shaman said he used methods from the 3,000-year-old Indian medical tradition.

Sri Lanka’s total coronavirus deaths exceeded 12,000 with more than half a million people infected so far.

Doctors say the real toll is at least twice as high and authorities have resorted to mass cremations to clear bodies piling up at hospitals and morgues.