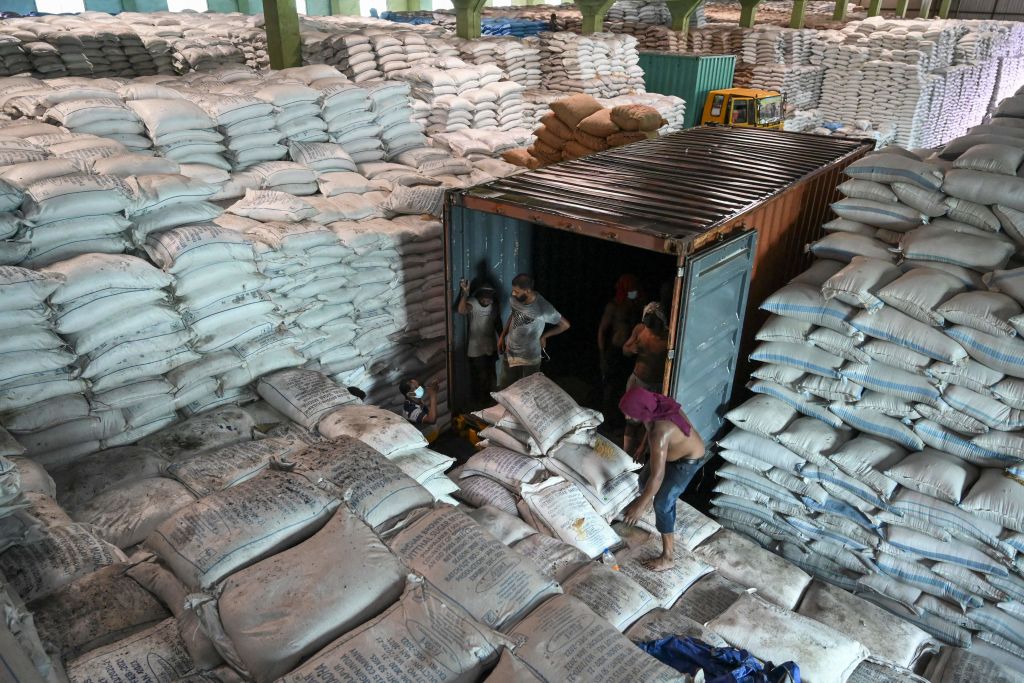 Workers load sugar into a container truck at a private warehouse after Sri Lankan officials seized the stocks as part of a crackdown on hoarding in Wattala, outside Colombo on September 1, 2021, a day after Sri Lanka declared a state of emergency over food shortages. (Photo by ISHARA S. KODIKARA/AFP via Getty Images)

SRI Lanka’s government has started seizing stocks of sugar and rice from warehouses and will release them on the open market at regulated prices as part of emergency measures to stop hoarding, a senior minister said.

The government announced emergency regulations on Monday (30) empowering authorities to seize stocks of staples and sell them at guaranteed prices, or based on customs value of imported goods, to prevent market irregularities, it said.

State minister for cooperative services Lasantha Alagiyawanna told the media on Wednesday (1) that the government would set maximum retail prices for rice and sugar.

“The government conducted over 1,000 raids during the past couple of weeks to seize stashed stocks from warehouses around the country,” he said.

Imports of agricultural products, food and beverages accounted for more than seven per cent of total imports in 2019.

But since the beginning of the Covid-19 pandemic, the island nation has put restrictions on imports of most non-essentials and also on some agricultural items to reduce spending on imports.

The government, which is also facing a massive debt repayment crisis, has sought to calm worries about food shortages. Ajith Nivard Cabraal, state minister of money and capital markets, said on Twitter on Thursday (2) that there were ‘‘no shortages’’.

The government said in a release late on Wednesday (1) that there were reports of traders hoarding essential food items such as paddy, rice and sugar in large quantities with the intention of selling them at higher prices.

The seizure of stocks was being done to defeat those criminal efforts and, as a result, attempts to create an artificial food shortage had been defeated, the government said.