South Africa’s ex-leader Zuma hands himself over to police 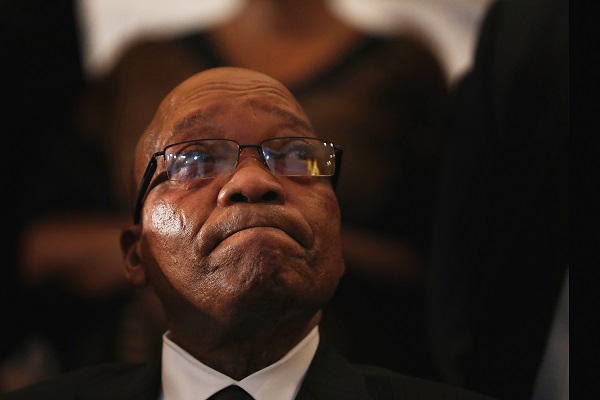 SOUTH AFRICA’S former president Jacob Zuma handed himself over to police to begin a 15-month jail sentence on Thursday (8).

He handed himself over at a recently renovated jail in the small mining town of Estcourt in his KwaZulu-natal home province.

Zuma was sentenced on June 29 for failing to appear at the corruption inquiry led by deputy chief justice Raymond Zondo in February.

He testified only once at the inquiry, which is better known as “state capture” – meaning the siphoning off of state assets.

The three Gupta brothers — Ajay, Atul and Rajesh — are at the centre of a long-running investigation into the plunder of state assets during the tenure of Zuma from 2009 to 2018.

South African prosecutors on Monday (5) announced that Interpol issued a “red notice” against the Indian-born Gupta brothers, who were allegedly a part of massive corruption racket in the country.

They were accused of conspiring with politicians to influence the decision-making process while he was in office. However, Zuma has repeatedly said that he is the victim of a political conspiracy.

Separately, Zuma pleaded not guilty last month in a corruption trial involving a $5bn (£3bn) arms deal from the 1990s.

Initially, Zuma had refused to hand himself in, but in a short statement on Wednesday (7), the Jacob Zuma Foundation said he had “decided to comply”.

His daughter, Dudu Zuma-Sambudla, later wrote on Twitter that her father was “en route (to the jail) and he is still in high spirits”.

It is the first time a former president has been jailed in post-apartheid South Africa.