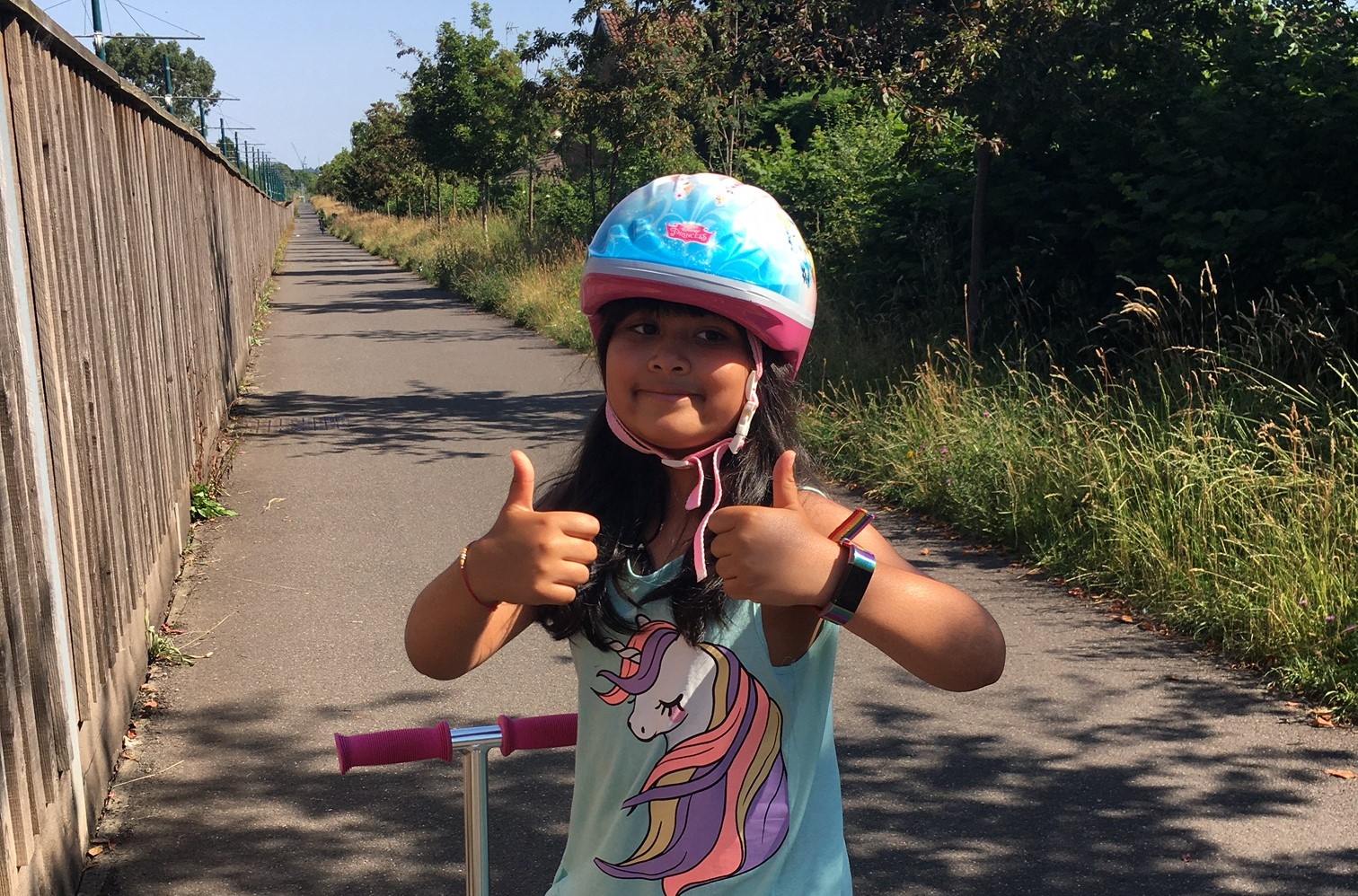 A SIX-YEAR-OLD who has written letters to world leaders on climate change has urged action as she warned our planet “needed looking after”.

Aleesha Gadhia reached out to numerous politicians and corporations during the national lockdown caused by the Covid-19 pandemic, to find out what they were doing to tackle deforestation and global warming.

She has since received responses from naturalist Sir David Attenborough, prime minister Boris Johnson and major corporations such as Kimberly-Clarke and Douwe Egberts.

The schoolgirl, from Nottingham, warned the earth will suffer unless drastic action is taken. “Climate change is important to me, because without the rainforest, the animals will die,” Aleesha told Eastern Eye during a Zoom call last week. “The ice in the Arctic is melting, the earth’s temperature is rising. We only have one Earth, so we need to look after it.”

Aleesha’s interest in saving the planet began while taking part in a school project on the impact of climate change. In response, she decided to write letters and emails to world leaders and businesses.

Aleesha’s mother Pooja said her daughter has given her a new perspective on climate change and how pressing the need for action is. “(Aleesha’s project) is making me learn a lot more about the environment and about the rainforests,” she said. “She’s asking me questions (about climate change) so I’m having to go away and find out the answers. We’re learning little things together.”

Pooja said she felt humbled when Attenborough and Johnson responded to her daughter. “We sent the letters and hoped for the best; it was so nice that a lot of people got back to us,” she said.

Aleesha, who would like to be a teacher when she is older, said she felt “very excited” when she heard that Buckingham Palace (on behalf of the Queen) had responded to her letter. “I’m going to keep (the letters) forever,” she said.

In efforts to further help environmental causes, Aleesha has also started a fundraising campaign for charity Cool Earth. She has set herself a 50-mile scooting challenge, which she is hoping to complete during the summer holidays. More than £2,000 has already been raised by supporters.

“I’ve started scootering around already and I’m meeting a friend today to do more,” said Aleesha, who is using a Fitbit smartwatch to track her progress.

As well as her fundraising efforts, Aleesha is in with the chance of attending the COP26 (the United Nations Climate Change Conference) event. She was picked as a finalist in a climate change competition, run by the BBC children’s television programme Blue Peter. She is one of 10 others who wrote a poem or short story about the environment. The winner is due to be announced in November.

Aleesha also has plans to set up a climate change club at school. It would encourage others to look after the environment and include activities such as litter picking and planting trees.

Voicing her pride, Pooja said she hoped Aleesha will inspire other children to be mindful of climate change. She wants the campaign to influence world leaders too.

“If a six-year-old can do it, then I don’t see why somebody like Boris Johnson and other world leaders can’t,” she said. “If (Aleesha) gets it, they should get it. COP26 is less than 100 days away, so I’d like her message to get out there and for somebody to listen and realise they need to be doing something.”