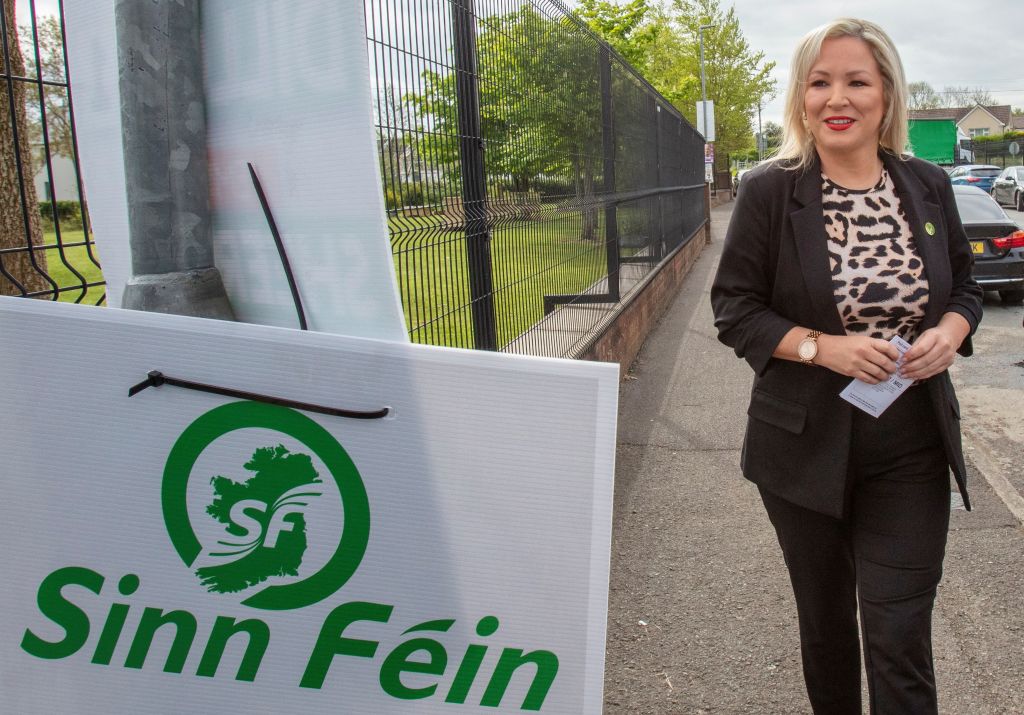 SINN FEIN sought to become the first Irish nationalists party to win the most seats in Northern Ireland at an election on Thursday (5) set to test the stability of the British region’s power-sharing governance and talks on post-Brexit trading rules.

Victory for a party wanting Northern Ireland to leave the UK would mark a historic shift 24 years after the Good Friday peace accord that ended three decades of sectarian bloodshed between those seeking unity with neighbouring Ireland and those wanting to remain part of the UK.

Support for Sinn Fein stood at an average of 25 per cent across the final campaign polls, giving the former political wing of the Irish Republican Army a six-point lead over its nearest rival, the pro-British Democratic Unionist Party (DUP), whose popularity has shrivelled over the past 18 months.

Turnout was as high as 60 per cent in some areas an hour before polls closed at 2100 GMT, the Electoral Office for Northern Ireland estimated. Counting begins early on Friday (6) with results expected later in the day

Sinn Fein benefited from a jump in turnout to 65 per cent five years ago when it closed the gap to the DUP to just one seat.

The main nationalist and unionist rivals are obliged to share power under the terms of the 1998 peace deal. But the DUP has said it will no longer do so unless the protocol governing Northern Ireland’s trade with the rest of the UK following its exit from the European Union is totally overhauled.

Britain and the EU have spent months trying to agree on how to remove many of the checks on goods entering Northern Ireland from the rest of the UK, imposed under the protocol to avoid fraying the EU single market via the open border with Ireland.

But London has also threatened to stoke tensions with Brussels by unilaterally overruling parts of the agreement.

Anger in pro-British communities that the protocol erodes their place in the UK looks set to fracture the unionist vote, with the much smaller and more hardline Traditional Unionist Voice (TUV) poised to take some support from the DUP.

It could as well benefit the cross-community Alliance Party, which could score a major breakthrough.

The outcome is also likely to reaffirm that a majority of lawmakers – including Sinn Fein – in the regional assembly favour retaining the protocol. A majority in Northern Ireland voted to remain in the EU in Britain’s 2016 Brexit referendum that yielded a narrow countrywide majority in favour of leave.

Katy Hayward, professor of political sociology at Queen’s University Belfast who has written about the protocol, said the election was a “critical moment”, echoing comments from the Irish foreign minister that Northern Ireland’s political institutions were under more threat than at any time in 24 bumpy years. Read full story

“What happens after the election is a real test of the commitment of the British government and unionists (to) the accommodation made in the Good Friday Agreement,” Hayward said.

“How would the British government respond to Sinn Fein becoming the largest party? Will it do so by being careful to uphold the letter and the spirit of the Good Friday Agreement, or will it do so with a focus on the protocol? That would say a lot about the prospects for stability here.”