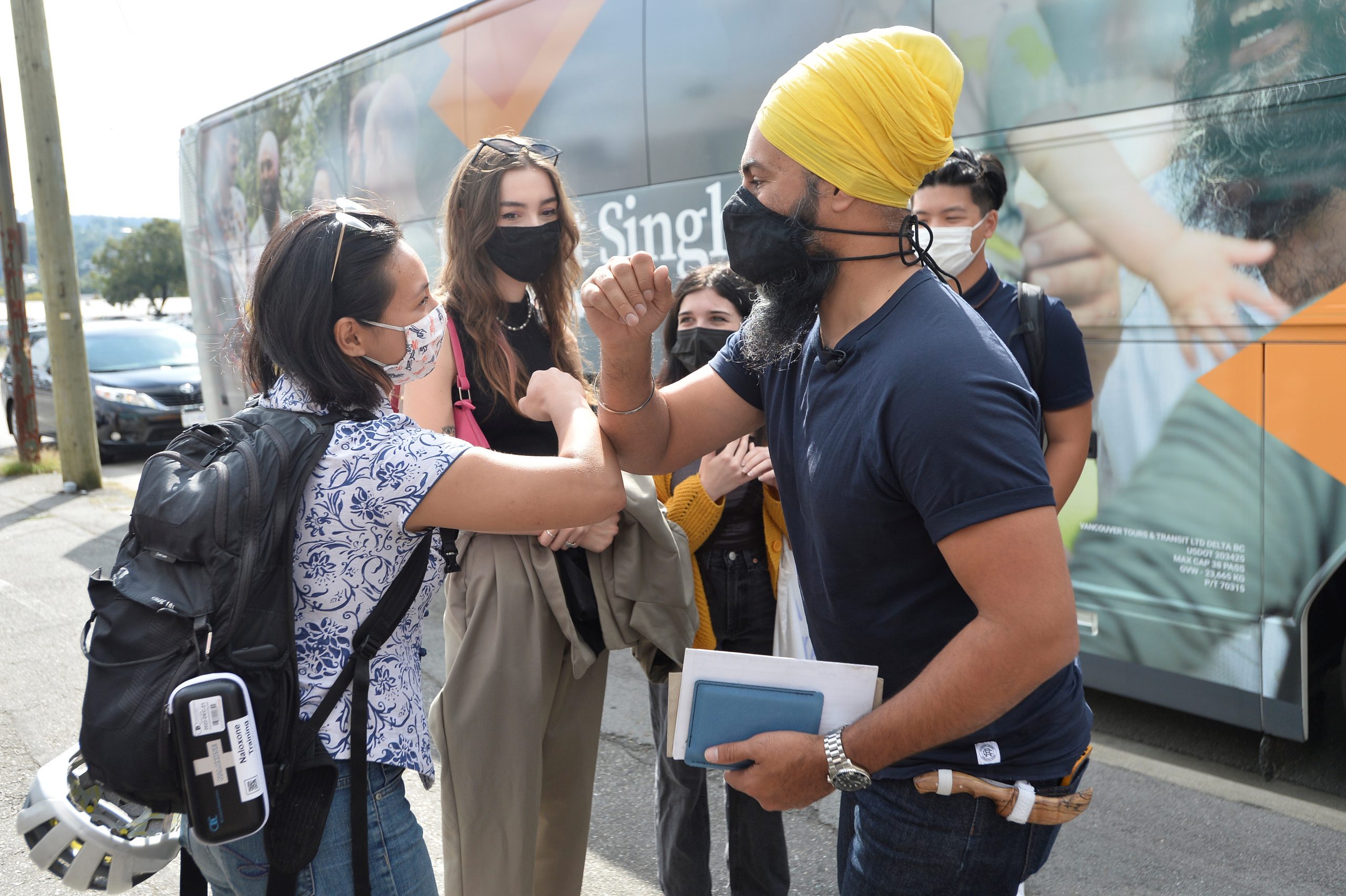 AS Liberals and Conservatives are running almost neck and neck in opinion polls ahead of Canada’s federal election, the leader of a third party makes no secret of his ambition to rule the country.

Known as much for his style statements as for his political views, Jagmeet Singh is not considered as a serious contender to lead Canada right now, but he could still have a crucial role to play if the September 20 vote throws up a hung parliament.

Singh, 42, who has been leading the New Democratic Party (NDP), is a popular figure on TikTok, something unusual for a politician. Media reports suggest his popularity has been on the rise since the announcement of the election which many Canadians feel is “untimely”.

The immaculately dressed, turban-wearing Sikh who is often featured in fashion magazines, is at ease with crowds. Having brought “youthfulness” to politics, his videos attract millions of views. His election promises of emission cuts, better regulation of the housing market and enhanced availability of prescription drugs find support on social media, although analysts feel his charisma is not enough to take far. They say only a miracle could help him succeed Justin Trudeau as the country’s prime minister.

Born to Punjabi parents in Scarborough, Ontario in 1979, Singh grew up enduring his alcoholic father and graduated in science and law. His great-grandfathers took part in India’s freedom struggle and served the British Army during the world wars.

He worked as a criminal defence lawyer before testing political waters in his home province as an NDP activist. He unsuccessfully contested the federal election from Bramalea-Gore-Malton in 2011. However, his election as the leader of the NDP in 2017 came as a major breakthrough in his political career.

He was elected to parliament in the 2019 by-election and won again in the general election months later, despite his party’s ordinary performance. Under his leadership, the NDP’s strength in parliament came down to 24 seats from 44 it won in the previous election, but shared the balance of power as Trudeau’s Liberal party fell short of the majority mark.

Singh, who was once denied Indian visa following his condemnation of the 1984 anti-Sikh riots in the country of his origin, calls himself both liberal and social democrat. He advocates a rise in minimum wages and higher taxes on the rich.

Having been outspoken about racism in his county where Sikhs account for 1.4 per cent of the population, he explains how he is different from the prime minister.

“I’m not Justin Trudeau. I’m not like him. I’ve lived a different life. I understand the pain of being not valued, not worth anything. Indigenous people have been made to feel that way for so long. And I promise you, I’ll be different,” he said at a recent campaign event.

As he makes a strong pitch for a change, the most recent polls have shown the Liberals and Erin O’Toole’s Conservatives each with 30-34 per cent of the vote, and the NDP with about 20 per cent.

“People often think of the NDP as a third party, not as an alternative to government. Singh’s ability to grow his popularity effectively maxes out because people don’t think they’re going to form a government. The electoral system is no friend to him,” Lori Turnbull, professor of political science at Dalhousie University, told The Guardian.

History also does not favour Singh. Liberals and the Tories have alternated as the ruling party since 1867.

But if neither can secure a majority in the 338-member lower house of the parliament, Singh could have a say in the power equations, according to observers.