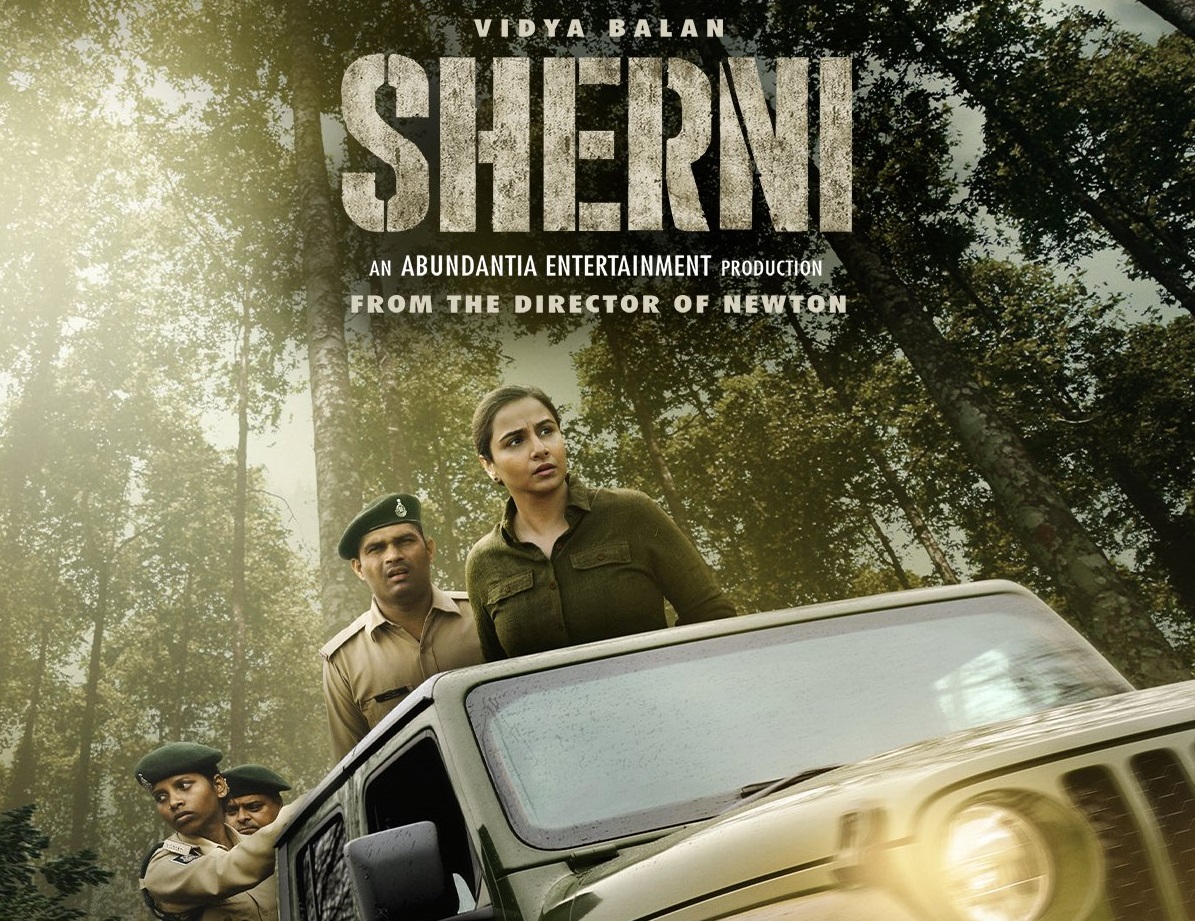 Filmmaker Amit Masukar has directed films like Sulemani Keeda and Newton. The latter won multiple awards including the National Film Award for Best Feature Film in Hindi, and it was also India’s official entry at the 90th Academy Awards.

Now, after Newton, Masurkar has directed Sherni which stars a powerhouse of talent like Vidya Balan. The trailer of the film had given a hint of what to expect from the film, and it offers what it promised. But, the movie also has its flaws.

Sherni is about man-animal conflict. We have watched and read in the news that how Tigers attack villagers and their animals (cows, goats, etc) in the forest areas in India. Vidya Vincent (Balan) is a Divisional Forest Officer (DFO), and she has been transferred into an area where a man-eating Tigress is killing people. She has to solve the problem by catching the Tigress. But it’s not an easy journey for her as Vidya has to face sexism and politics while she is doing her job.

Aastha Tiku’s story is very strong, and Amit Masurkar has created a perfect atmosphere for it. But, what goes wrong here is the pace. The film’s pace is very slow, and Masurkar has narrated the movie without much drama in it. The movie picks up in the last 30 minutes, and that’s actually the saving grace here. A special mention to Rakesh Haridas, his cinematography is amazing. He has captured the jungle beautifully.

Talking about performances, Vidya Balan once again proves that she is one of the most talented actresses we have in the industry. She has nailed it and her performance takes the film a notch higher. Even if the movie falters a bit, it’s Vidya’s performance that keeps us hooked to the screen. In the supporting cast, it’s Vijay Raaz, Brijendra Kala, and Ila Arun (cameo) who steal the show.

Music-wise, the film has nothing great to offer. It only has one background song that comes towards the climax and it’s good.

Overall, Sherni has a strong story and a great performance by Vidya. But, don’t expect this one to be an excellent watch. Also, if you are a Vidya Balan fan then it’s a must-watch for you.