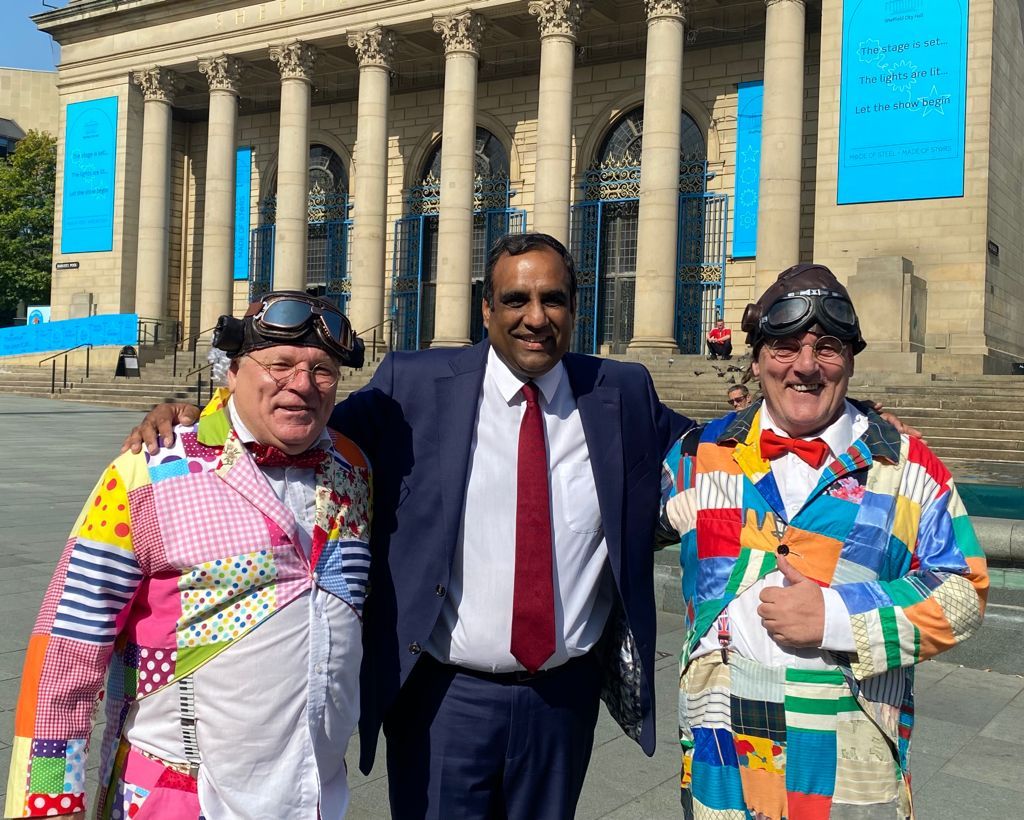 IN a career spanning 40 years, Roy Chubby Brown has probably never had as much publicity in Sheffield.

Sheffield City Trust, which runs the City Hall, has cancelled his show as it says the racist, homophobic and sexist content doesn’t fit in with its values.

Sheffield Council funds the City Hall – it has no authority over what shows appear but says it supports the Trust’s decision.

The council says the comedian, real name Royston Vasey, is not banned from Sheffield and can perform in a private venue, but not a publicly funded one.

Councillors were dragged into a debate after 42,000 people signed a petition in support of Roy Chubby Brown.

Any petition to Sheffield Council which has more than 5,000 signatures automatically triggers a debate at full council.

Hayley Madden, who started the petition, told councillors: “Fans should be able to attend the show at Sheffield City Hall as we are also the taxpayers that fund such venues.

“Not everyone will have the same taste in comedy and it’s not just fans of Mr Vasey who have signed, but those who believe people who wish to attend the shows should have the freedom to do so

“Roy Chubby Brown is just an act, it’s behind closed doors. I know folk from different nationalities and sexual preferences that have attended his shows and continue to do so.

“Surely councillors have been voted in to listen to their community, not to dictate and promote their own personal views.

“Those who choose to attend know exactly what they are going to see with the sole purpose of having a good laugh. After the past year and a half, that’s exactly what we need.”

Labour councillor Abtisam Mohamed spoke out against the show and said she was baffled at the support for the comedian.

“I’ve heard over the last few weeks arguments of why he should be allowed to perform, that comedy is an acquired taste and is subjective; that if you don’t like it, don’t go or what on earth has happened to freedom of speech.

“Racism is racism, you cannot get away from that whether it’s a comedian or not. Any argument about free speech does not change that fundamental position.”

“My question is where do we go from here? Who would we ban next, because some people are offended by the prime minister or the former leader of the Labour Party Jeremy Corbyn so does that mean they will no longer also be allowed to come and address people at the City Hall?”