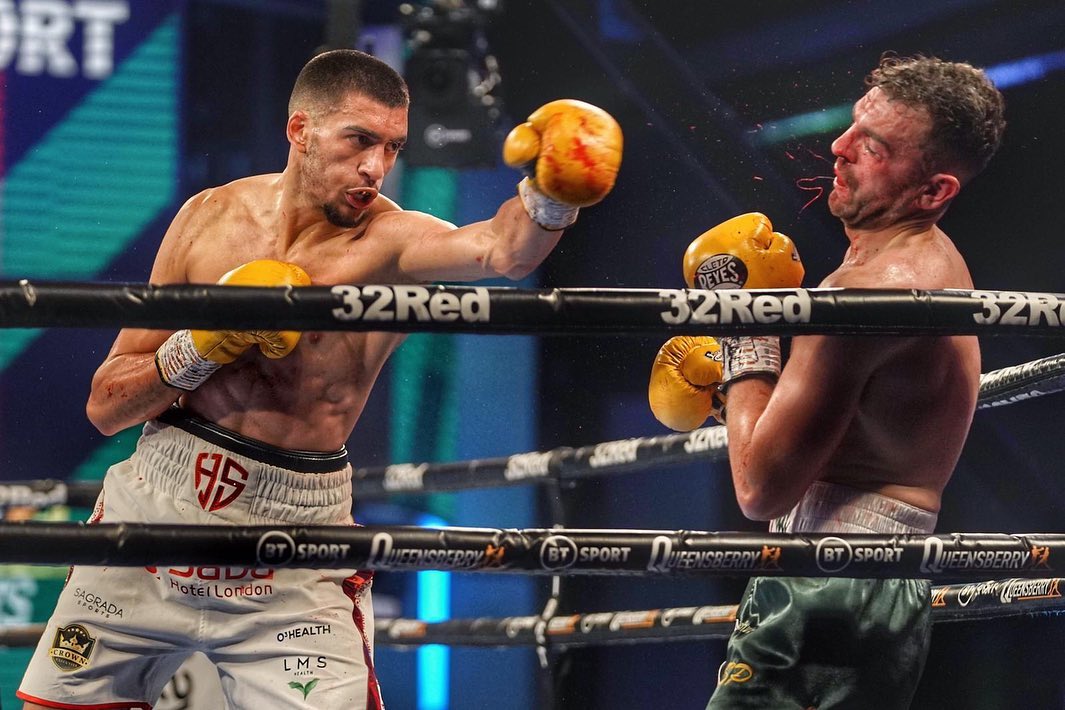 BOXING CHAMP Hamzah Sheeraz dedicated his weekend victory over Paul Kean to his aunt who recently died due to Covid-19.

“Hopefully she’s looking down on me and is proud,” the emotionally charged Ilford super-welterweight pugilist said on his “No.1 fan” as he retained the WBO European title at UK’s first major behind-closed-doors boxing event.

Shabnum had died in April, leaving her family and five children, including 13-year-old quadruplets, “devastated”.

Sheeraz said he had used “gruelling training sessions to distract from the agony”, and was glad that he could honour Shabnum with the victory.

“My auntie loved me boxing,” he told SunSport.

“I think a lot of female relatives dread their boys boxing, but I think most families have that one rough and tough auntie who loves a bit of fighting — and she really was that person for us.”

Sheeraz added that his aunt started loving the sport because she knew how passionate he was about boxing.

“She always used to watch my fights and support me,” he reminisced.

“It’s really sad to not have her for this next big step and hopefully all the others that are to come, but my job now is to repay her support and make her proud.”

The Slough-born boxer said he did not “believe in or understand” the dangers of coronavirus until Shabnum passed away.

“It shocks you into understanding,” he said.

“I know I am not the only person who has suffered a bereavement and, to be honest, having this opportunity to fight has been a distraction and a motivation to take my mind off her loss.

“I’ve had to focus on this date, and lead as normal a life as possible. Knowing she is not coming back is incredibly hard, but I have a way of making her proud.”

Sheeraz was initially scheduled to take on Dundee contender Kean on April 11 at London’s O2. But the pandemic pushed the contest to Friday night (10) at BT’s venue in the Olympic Park.

Towering at 6’3”, the Slough-born boxer pummelled Kean for a six-round victory that saw the contender pulling out before the seventh round.

Sheeraz – who maintained a 11-0 clean sheet — had cliched the European title after beating Ryan Kelly in Birmingham last year. And he was in no mood to give up the belt.

Sheeraz said he missed his fan base – especially his large family and friends — who usually attend all his contests, but the lack of audience did not matter as, at the end of the day, it’s going to be two contestants in a ring “smashing each other’s faces”.

He added that he knew at the back of his mind that they would be watching him from their homes, and recording the bouts on their phones to share the videos and celebrate later. 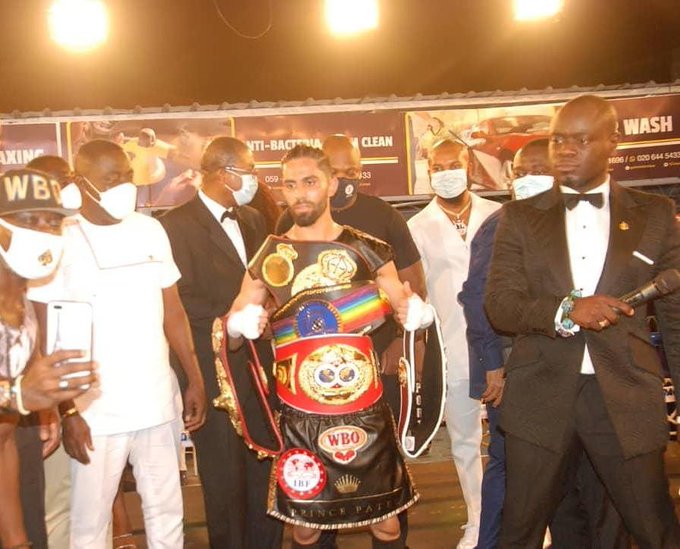 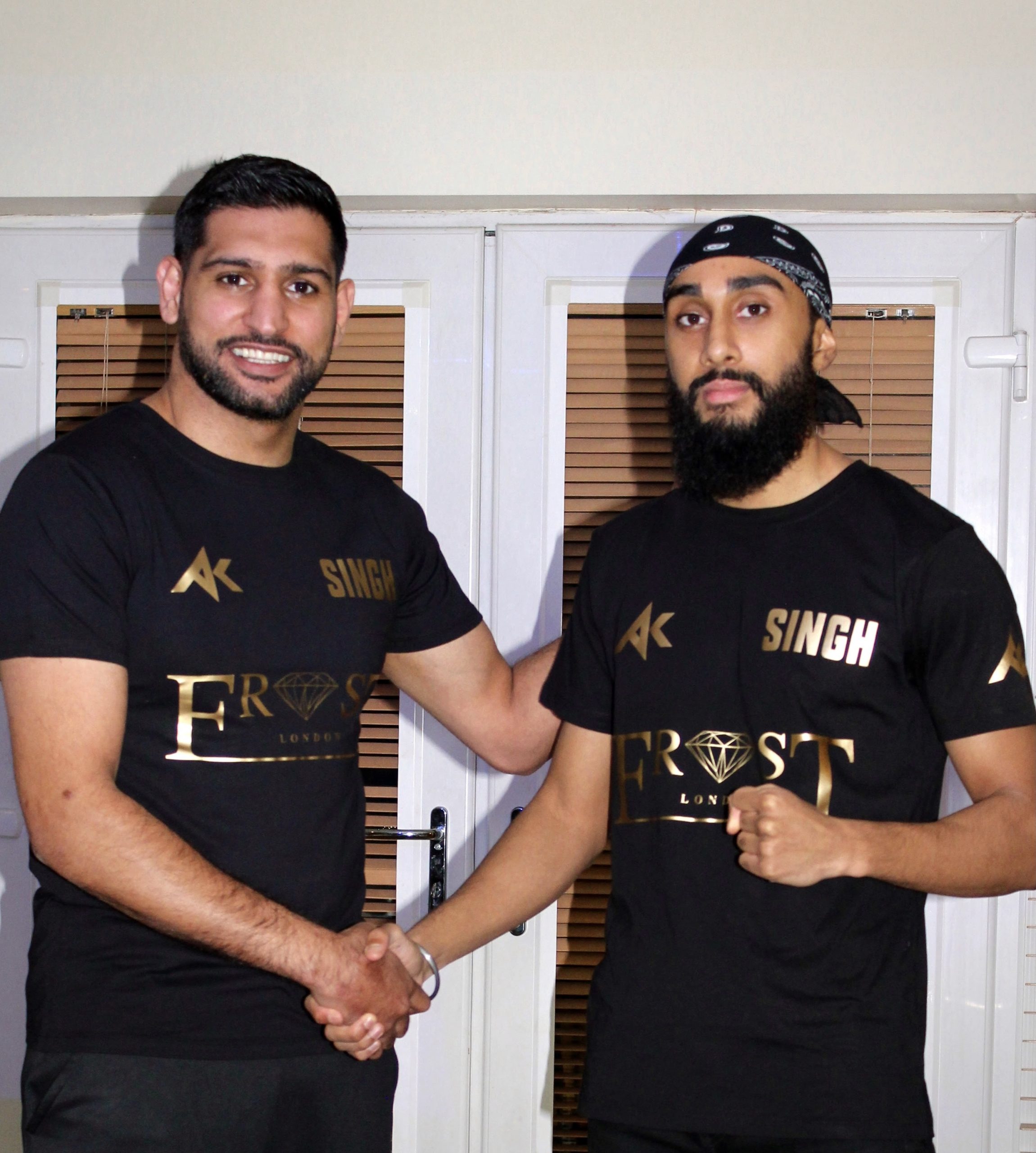 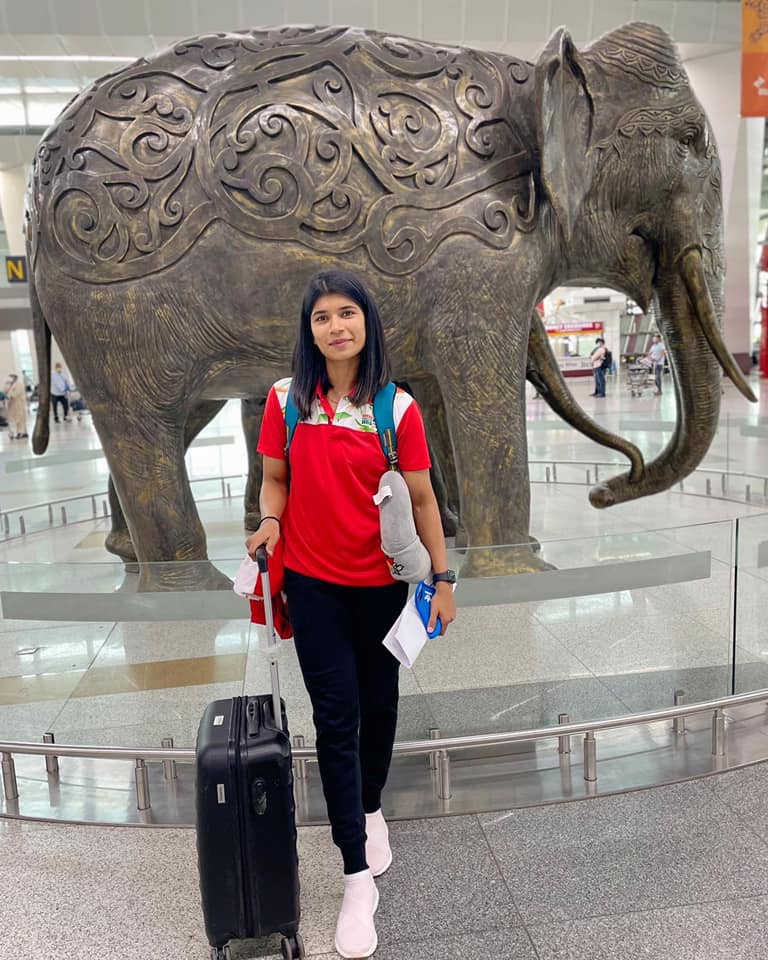