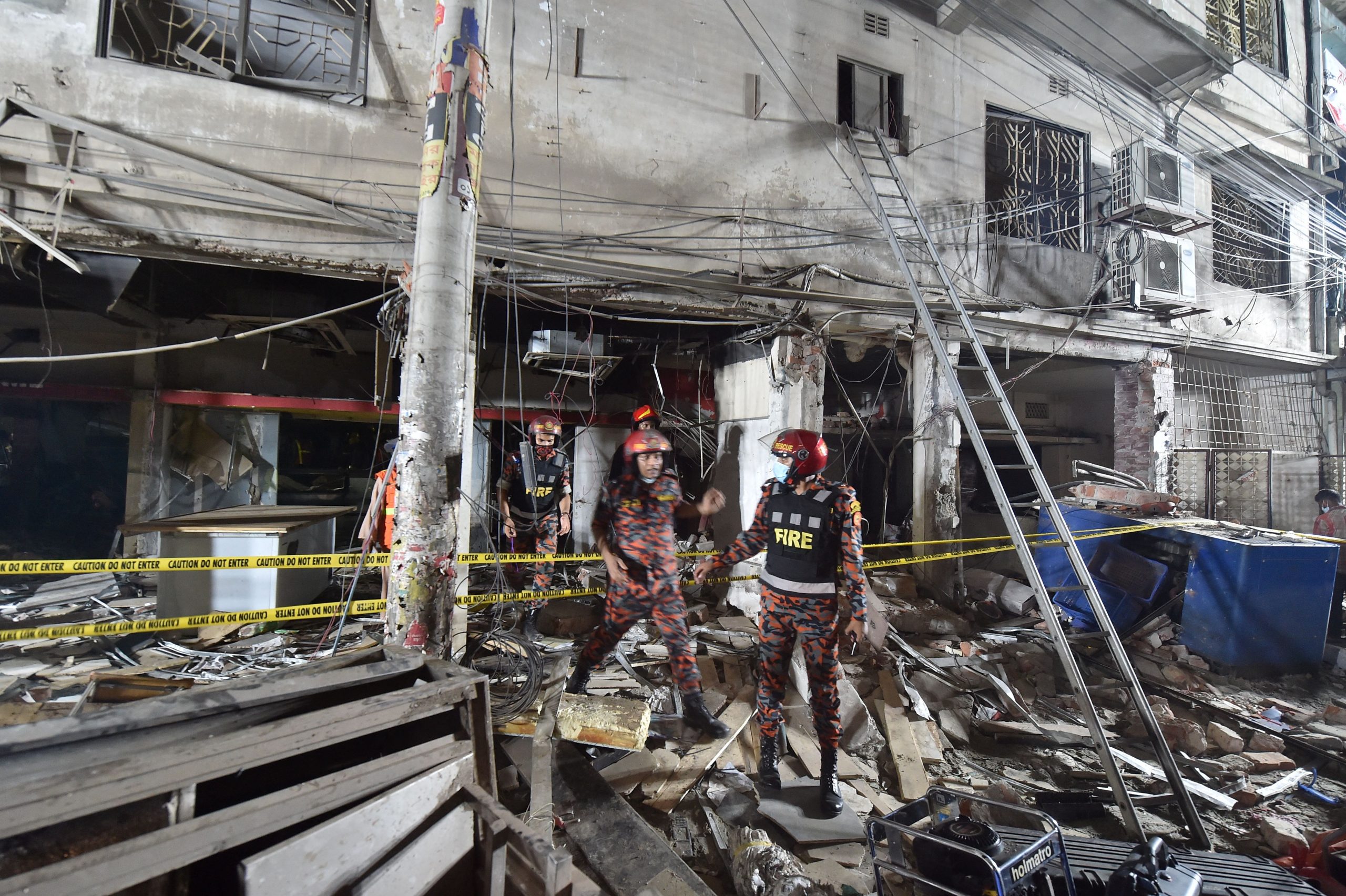 Firefighters rescuers inspect the scene after a suspected gas explosion in a central neighbourhood in the Bangladesh capital Dhaka which has killed seven people and injured some 50 others on June 27, 2021 (Photo by Munir Uz zaman / AFP)

At least seven people were killed and another 50 people were injured after a powerful explosion ripped apart a three-storey building in central Dhaka on Sunday, Bangladeshi officials said, citing a gas pipeline as the likely cause.

Police said the explosion was so forceful that it broke the windows of at least four moving buses, injuring dozens of passengers on board.

“Fire service officers are at the scene. They will investigate the reason of the explosion. But primarily we believe methane gas accumulated and concentrated in the pipeline and then exploded in the ground floor,” Dhaka Metropolitan Police Joint Commissioner Syed Nurul Islam told AFP.

Witnesses told local media the blast had reduced the building — which houses a restaurant, an electronics shop and several other stores — to rubble.

“At least four of the injured are in critical condition,” said Samanta Lal Sen, a top doctor at the Sheikh Hasina Burn Hospital, where a dozen of the injured were taken for treatment.

A police bomb disposal unit rushed to the spot.

“We are analysing the nature of the explosion as the ground floor of the building was destroyed,” unit leader Rahmatullah Chowdhury told The Daily Star.