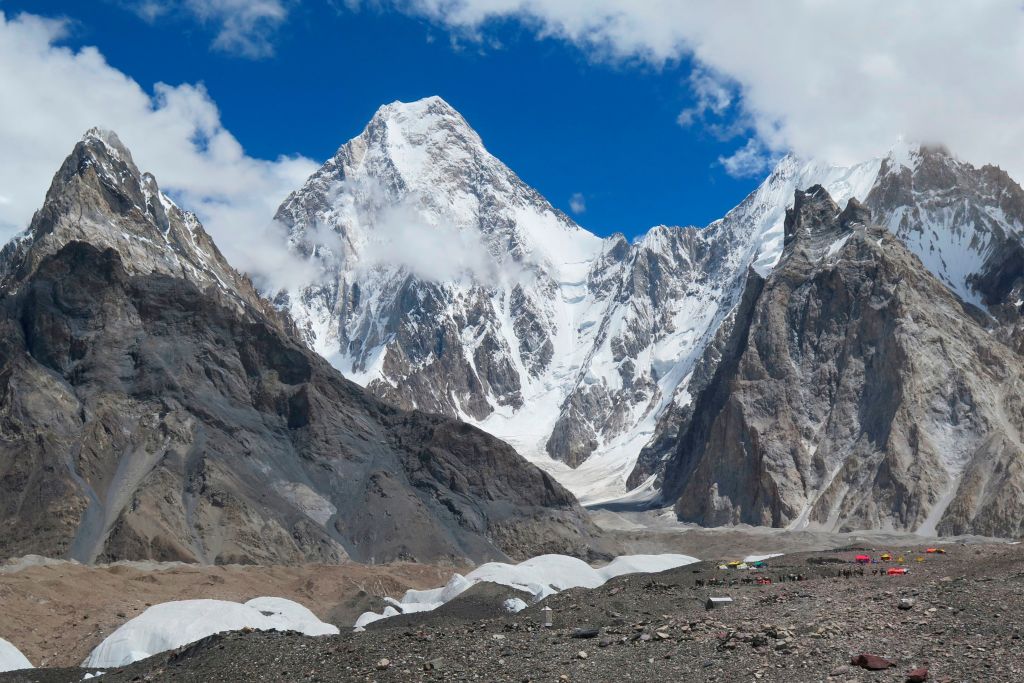 This is the Concordia camping site in the Karakoram range of Pakistan’s northern Gilgit region. Northern Pakistan is home to some of the tallest mountains in the world, including K2, the world’s second highest peak. Mountaineers have long been drawn to the area by the challenging climbs. (Photo by AMELIE HERENSTEIN/AFP via Getty Images)

Allen was killed after being hit by an avalanche while attempting a new route on the mountain over the weekend. His body was recovered on Sunday (25) evening.

“After consulting with his family and friends, the legend will be buried this morning under the foot of Mighty K2,” Karakorum Expeditions wrote on Facebook Monday (26).

A charity that Allen was raising money for during the climb also confirmed his death.

“Rick died doing what he loved the most and lived his life with the courage of his convictions,” tweeted Partners Relief & Development, adding that two other climbers on the expedition survived the avalanche.

Allen’s death comes a week after South Korea’s Kim Hong-bin was killed after falling into a crevasse while descending from the nearby Broad Peak.

With Pakistan’s borders open and few other places to go due to the coronavirus pandemic, the country’s summer climbing season is attracting a large number of alpinists.

Known as “the savage mountain”, K2 has harsh conditions – winds can blow at more than 200 kilometres per hour (124 miles per hour) and temperatures can drop to minus 60 degrees Celsius (minus 76 Fahrenheit).

Unlike the world’s highest peak Mount Everest, which has been scaled by thousands of climbers young and old, K2 is much less travelled.