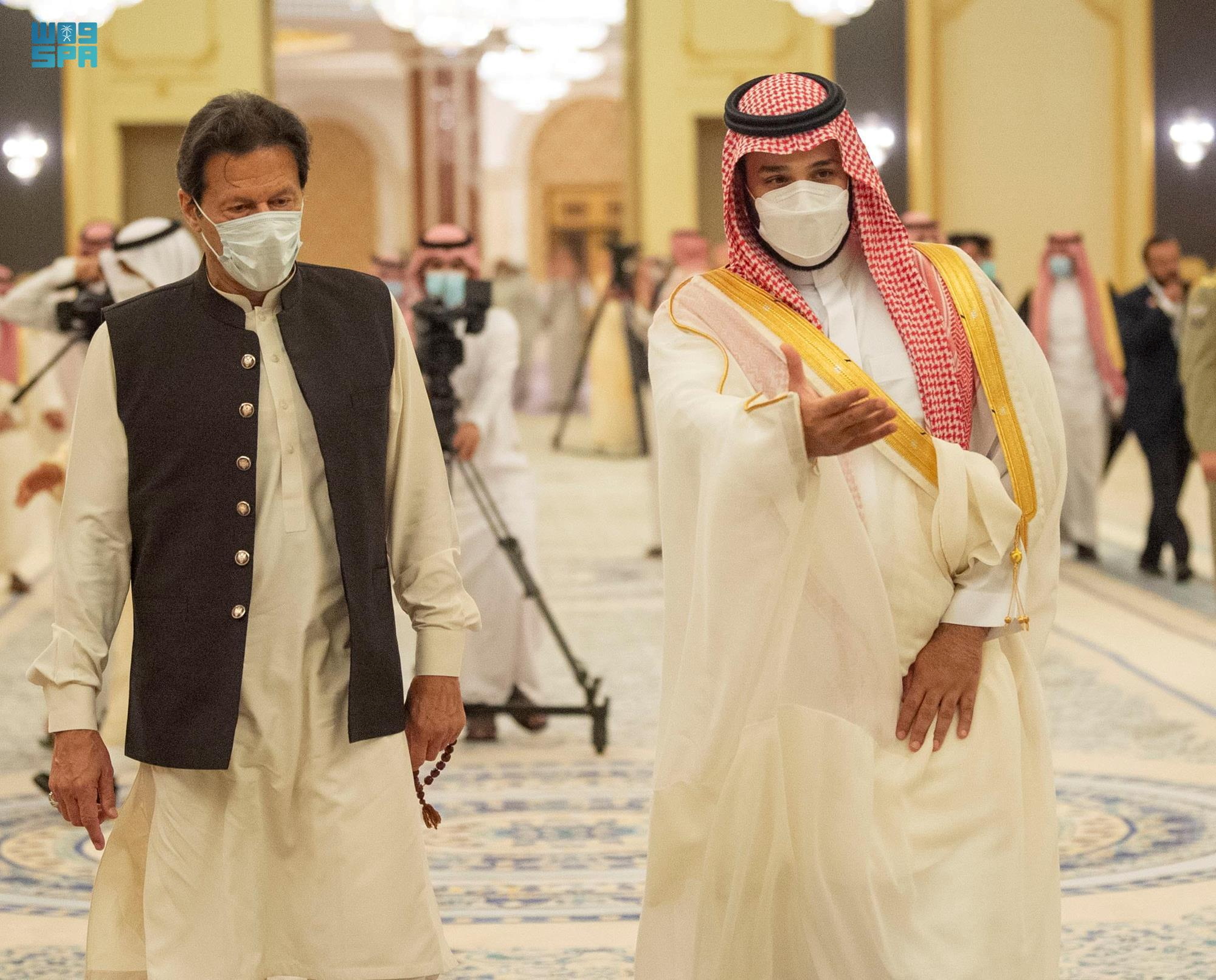 SAUDI ARABIA has announced 118 humanitarian projects worth more than $123 million for cash-strapped Pakistan in food security, health, education, and water during prime minister Imran Khan’s two-day visit to the country.

Khan arrived in Saudi Arabia last Friday (7) for a visit aimed at enhancing ties after months of strained relations over Kashmir.

After his election in 2018, Saudi Arabia was the first foreign country Khan visited. Since December 2019 he has visited the kingdom five times.

In a meeting between Khan and Crown Prince Mohammed bin Salman, both leaders discussed enhancing economic and trade relations and the challenge posed by extremism.

As reported by the Saudi Press Agency (SPA), their talks also included bilateral military and security relations, and the leaders agreed on further cooperation.

“The two sides also stressed the need for concerted efforts of the Islamic world to confront extremism and violence and reject sectarianism and strive to achieve international peace and security.”

“They also underscored the importance of continuing joint efforts to combat the phenomenon of terrorism which is not related to any religion, race or colour, and confront all its forms and images, whatever its source,” it said.

Saudi Arabia has supported Pakistan with billions of dollars in aid and loans in recent years.

But observers say the kingdom is also keen not to upset India, a key business partner and importer of Saudi oil.

A joint statement after talks between Khan and the Saudi Arabia crown prince said, “The two sides emphasised the importance of dialogue between Pakistan and India to resolve the outstanding issues between the two countries, especially the Jammu and Kashmir dispute, to ensure peace and stability in the region.”

In a surprise announcement on February 25, the militaries of India and Pakistan said they agreed to strictly observe all agreements on ceasefire along the LoC in Jammu and Kashmir and other sectors. India has told Pakistan that its desire for “normal, neighbourly relations” in an environment free of terror, hostility and violence.

The call raised eyebrows in Riyadh, where it was widely seen as a warning that Pakistan was preparing to call for a session outside OIC auspices.

Before that, Pakistan rebuffed calls to send ground troops to support the troubled Saudi-led military campaign against Yemen’s Huthi rebels.

Meanwhile, the King Salman Humanitarian Aid and Relief Center (KSrelief)’s Supervisor General, Dr Abdullah bin Abdulaziz Al Rabeeah, said the assistance to Pakistan was announced in view of the Covid-19 pandemic. He said the kingdom provided medical and preventive aid worth more than $1.5m to combat the pandemic.